Cute but Deadly: Europol warns after record of €16 m worth of fake toys 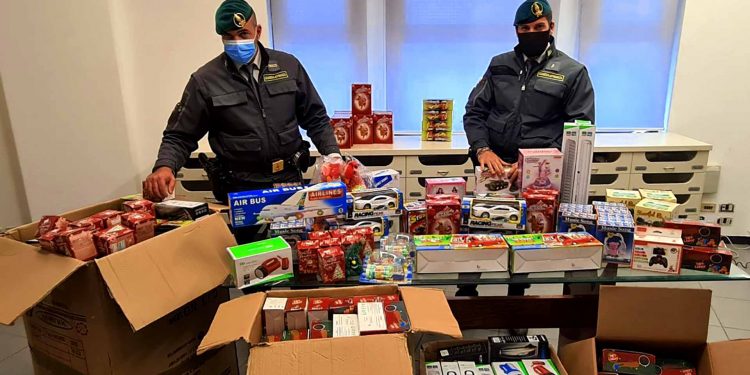 Police and customs authorities worldwide are warning the public to be vigilant with their gift-giving after they have seized over €16 million worth of fake toys during the recent festive period. Close to 5 million counterfeit toys have been confiscated as a result of Operation LUDUS organised by Europol with the support of OLAF and the EUIPO.

Over 4 700 inspections were carried out across 24 countries between 19 October 2020 and 31 January 2021 in order to detect the illegal shipment and storage of counterfeit toys. So far, 11 fraudsters have been arrested, with investigations ongoing in a number of countries to dismantle the criminal networks putting child safety at risk. This is the first operation ever organised on such a scale targeting the sale of counterfeit toys.

Toy cars, board games and dolls from popular children TV shows feature among the most seized items.

The confiscated pieces were almost exact copies of the real products and were extremely hard to distinguish. However, in almost all of the cases, the seized toys posed a serious health risk for children. These fake toys had not been subjected to the rigorous safety tests required by law and had no warnings or advice on the packaging.

Examples include 2 800 dolls seized in Italy and 8 000 toy cars seized in Belgium which posed a choking hazard, more than 5 000 plastic toys seized in Spain which contained a toxic chemical that could damage children health and several other electronic devices confiscated in various countries which exceeded legal decibel limits for toys which could permanently damage a child’s hearing. A total of 1 175 toys destined for infants were also confiscated in Romania after failing to include essential information on the packaging to prevent a child getting injured, such as an age label, instructions for use and a list of materials they contain.

Commenting on this operation, Europol’s Executive Director Catherine de Bolle said: “This operation shows yet again that criminals will take advantage of any and every opportunity open to them to make a profit. During the festive period, criminals cash in on the surge in demand of certain toys by selling dangerous toys to unsuspecting shoppers. Thanks to Operation LUDUS, we have successfully taken out of circulation millions of toys which were not only unsafe but ripped off legitimate brands.”

Europol and its partners urge consumers to resist cheap offers that look too good to be true, particularly if certain toys are sold out in well-known retailers, as this could be a sign that they are fake, unsafe or of poor quality. It is just not worth the risk.

Example: FAKE CHILDREN’S TOYS containing chemicals or toxic materials can lead to diseases such as asthma or even cancer.
Many are made with components that do not respect age indications and can posehazards to children.

Putting children at risk would have had a damaging impact on the sale of safe toys from reputable manufacturers. Toys represented 11% of counterfeit goods detained at EU borders in 2017. There was a significant reduction in the number of fake toys captured on the previous year of around 50%.

China remains the main country of origin for fake goods entering the EU. The highest amount of fake clothing originated from Turkey while the most counterfeit mobile phones and accessories, ink cartridges and toners, CDs/DVDs and labels, tags and stickers entered the EU from Hong Kong and China. India was the top country of origin for fake, and potentially harmful, medicines. In 90% of detentions, goods were either destroyed or a court case was initiated to determine an infringement or as part of criminal procedures.

Europol’s Intellectual Property Crime Coordinated Coalition (IPC3), co-funded by the EUIPO, was instrumental in the success of this operation:

Information collected and shared during the action will be processed and analysed to inform further hits against toy counterfeiters in Europe and beyond.

What is the role of Europol?

Over the past 50 years, the Customs Union has developed into a cornerstone of our Single Market, keeping EU borders safe and protecting our citizens from prohibited and dangerous goods such as weapons, drugs and counterfeit products. The Commission’s report on customs actions to enforce intellectual property rights has been issued annually since 2000 and is based on data transmitted by Member States’ customs administrations to the Commission.