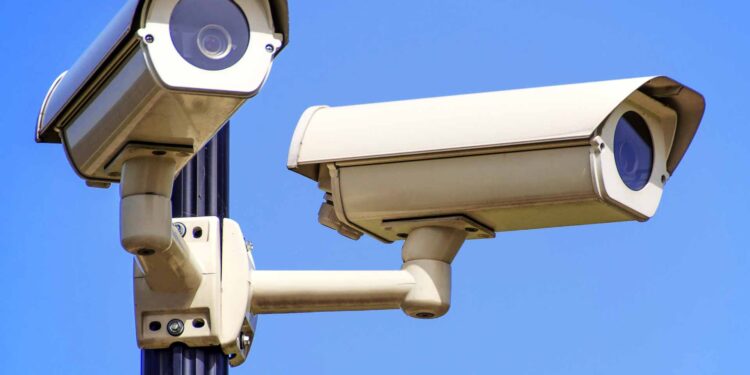 Across Europe, highly intrusive and rights-violating facial recognition and biometric processing technologies are quietly becoming ubiquitous in our public spaces. As the European Commission consults the public on what to do, 44 civil society organisations call for a ban on biometric mass surveillance. EDRi calls on the Commission and EU Member States to ensure that such technologies are comprehensively banned in both law and practice. EDRi now works for 1 million statements of support within 1 year from at least 7 different Member States.

European Digital Rights (EDRi) is an association of civil and human rights organisations from across Europe. The EDRi network is a dynamic and resilient collective of NGOs. It has also experts, advocates and academics working to defend and advance digital rights across the continent. For almost two decades, it has served as the backbone of the digital rights movement in Europe.

Across Europe, police forces, local authorities and private companies are secretly rolling out invasive, experimental technologies. They track, analyse and objectify our faces and our bodies as we move in public spaces. Europeans must stand up for a public space. Human rights, freedoms and European communities need protection.

Public spaces are where Europeans share experiences and join together. Meeting up with friends to hang out. Taking a walk in the park. Organising a community celebration. Holding political discussions. Protesting injustices. We as Europeans would never accept a person following us constantly, monitoring and assessing who we are, what we do, when and where we move. Facial recognition and other biometric technologies in public spaces act just like that. They turn every one of us into a potential suspect.

Research shows that these technologies amplify discrimination. They are used to persecute people who are simply exercising their rights. At least 15 European countries – and counting – have experimented with biometric surveillance technologies such as facial recognition in public spaces. In the United States, 5 major cities have now banned the use of facial recognition.

In the EU, the rushed introduction of expensive surveillance technologies that track our faces and bodies is being done without consideration for the harms it could cause to our societies. We need to stand up now and protect the democratic sanctuaries that are our public spaces!

Commission decides to register the initiative

European Commission decided to register a European Citizens’ Initiative (ECI). It is entitled ‘Civil society initiative for a ban on biometric mass surveillance practices’. The organisers of the ECI urge the Commission to propose a legal act. They need to permanently end indiscriminate and arbitrarily-targeted uses of biometric data in ways which can lead to mass surveillance or any undue interference with fundamental rights. The Commission considers that the ECI is legally admissible. It meets the necessary conditions, and therefore EU decided to register it. The Commission has not analysed the substance of the ECI at this stage.

Following registration of the ECI, the organisers can start, within the next 6 months, the process of collection of signatures of support. Should the ECI receive 1 million statements of support within 1 year from at least 7 different Member States, the Commission will have to react within 6 months. The Commission could decide either to follow the request, or not. In both instances EU requires to explain its reasoning.

The conditions for admissibility are:

Since the beginning of the ECI, the Commission has registered in total 76 Citizens’ Initiatives and refused 26 as they did not satisfy the conditions.

Reclaim Your Face from the biometric mass surveillance

Civil society across Europe launches the “Reclaim Your Face” campaign. They all demand that local and national authorities listen to their communities about the serious risks of using facial recognition and other biometric technologies in public spaces. The newly formed coalition calls to ban biometric mass surveillance. This comes in reaction to the rapid and secretive roll out of invasive and unlawful technologies by police forces and local authorities in many European countries.

Public spaces are where we share experiences and join together. Meeting up with friends to hang out. Taking a walk in the park. Organising a community celebration. Holding political discussions. Protesting injustices. All of these activities are under threat as European local authorities, police forces and private companies roll out biometric technologies that track and target ordinary people in public spaces. The European Commission has said that all legislative options are still on the table. EDRi and partners urge them to draw lines at uses of biometrics which are clearly incompatible with our fundamental rights.

The launch of the “Reclaim Your Face” campaign by 12 human rights groups from across the EDRi network signals people’s opposition. They demonstrate against the way private companies and governments experiment with exploitative tools that reduce our bodies to mere data points. We are standing up for people’s rights to participate in public life – without being treated as potential suspects or experimental test subjects.

It’s time to Reclaim Your Face!

We would never accept a person following us constantly, monitoring and assessing who we are, what we do, when and where we move.

Not only because our behaviour will automatically change because we know we are being watched. We also risk to being considered a threat because the algorithm misjudges a gesture or a facial expression that we make. Some of us might be even considered a crime suspect because of the way we are dressed, because of the colour of our skin or because we simply attended a protest. What’s worse, we won’t even know we’re being watched. Who is watching, for what reason and for how long.

We challenge abuses of power – and abuses of our biometric data – with a solution based on Transparency, Red Lines and Respect for Humans.

Facial recognition and other biometric technologies used for indiscriminate or arbitrarily-targeted surveillance in public spaces act just like that – turning every one of us into a potential suspect; watching and analysing us all of the time; seriously infringing upon our rights to privacy and data protection.

In a turbulent year marked by a global health crisis, we have watched governments have abused their power to put limits on people’s freedoms. Companies have exploited the situation to gather ever more biometric data about us. The Reclaim Your Face coalition has risen up against the widespread abuse of our biometric data before and during the pandemic.

Keep walking. Nothing to see here…

Worse still, many governments have done this in collaboration with secretive tech companies, in the absence of public debate. Without having demonstrated, the systems meet even the most basic thresholds of accountability, necessity, proportionality, legitimacy, legality or safeguarding.

A few thousand cameras to rule them all

Without privacy, you do not have the right to a private chat with your friends, your family, your boss or even your doctor. Your activism to save the planet becomes everyone’s business. Thwe system will capture you when blowing the whistle on abuse and corruption. Even when attending a political march that your government does not want you to attend. You lose the right to go to a religious service or Trade Union meeting without someone keeping an eye on you; to hug your partner without someone snooping; or to wander freely without someone
thinking you are being suspicious.

With constant mass surveillance, you lose a way to ever be truly alone. Instead, you become constantly surveilled and controlled.

Since the start of the Coronavirus pandemic, apps and other proposals have been suggested to rapidly expand bodily and health surveillance systems under the guise of public health. However, there is a real risk that the damage caused by widening surveillance measures will last long after the pandemic is over. For example, will employers remove the cameras doing temperature checks in offices after the pandemic?

Biometric mass surveillance systems can exacerbate structural inequalities and accelerate unlawful profiling. They have a chilling effect on their freedoms of expression and assembly. They also put limits on everyone’s ability to participate in public and social activities.

EDRi is the biggest European network defending rights and freedoms online. The EDRi network is a dynamic and resilient collective of 44 NGOs. It has also experts, advocates and academics working to defend and advance digital rights across Europe and beyond. EDRi is a movement of organisations and individuals pushing for robust and enforced laws. It informs by mobilising people and promoting a healthy and accountable technology market.

It’s time to Reclaim Your Face!