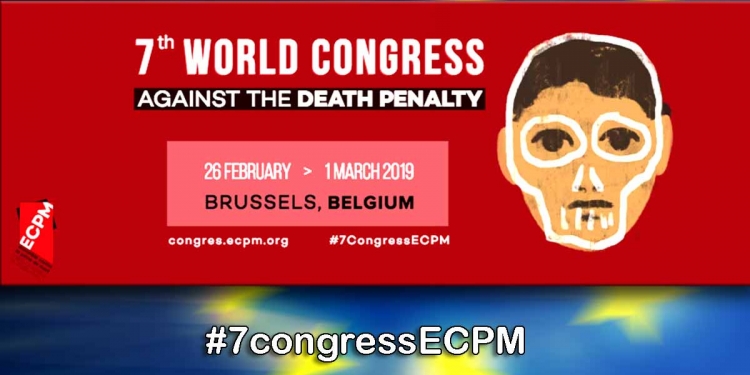 Socrates warned his jurors that in killing him they would be doing far more harm to themselves than to him, and he was right. Socrates inspired writers, artists, and philosophers to revisit the matter. For some, the execution of the man whom Plato called “the wisest and most just of all men” demonstrated the defects of democracy and of popular rule.

Nowadays the European Union is the leading institutional actor and largest donor in the fight against death penalty worldwide.

The EU holds a strong and principled position against the death penalty in all circumstances and for all cases, in accordance with the EU Strategic Framework and its related Action Plan on Human Rights and Democracy. The universal abolition of the death penalty is one of the key priorities of its Human Rights external policy, and such commitment is outlined in the EU Guidelines on Death Penalty which were the first human rights guidelines ever adopted by the Council of the European Union in 1998, subsequently updated in 2001, 2008 and 2013.

Capital punishment is the most premeditated of murders
Albert Camus

Capital punishment is inhumane, degrading and unnecessary. As a matter of fact, there is no valid scientific evidence to support that the death penalty deters crime more effectively than other punishments. Furthermore, any miscarriage of justice, which is a possibility in any judiciary no matter how advanced it is, could lead to the intentional killing of an innocent person by state authorities.

In its work towards abolition, the EU uses all its available tools of diplomacy (including statements, individual and general demarches, and human rights dialogues with third countries) and development cooperation to serve this objective. The EU can, in some countries, call for the establishment of a moratorium (the temporary suspension of executions, and more rarely of death sentences), seen as a positive first step before abolition. In countries where the death penalty is still in use, the EU can call for its use to be progressively restricted and for it to be carried out according to international minimum standards that inter alia prohibit execution of persons below 18 years of age at the time of the crime, of pregnant women or new mothers, or on mentally disabled persons (in line with ECOSOC resolution 1984/50 (link is external) of 25 May 1984 on the Safeguards guaranteeing protection of the rights of those facing the death penalty).

Death penalty: key facts about the situation in Europe and the rest of the world
Parliament strongly opposes capital punishment and will host the opening of the 7th World Congress against the Death Penalty on 27 February.
Find out more in the following European Parliament infographics. 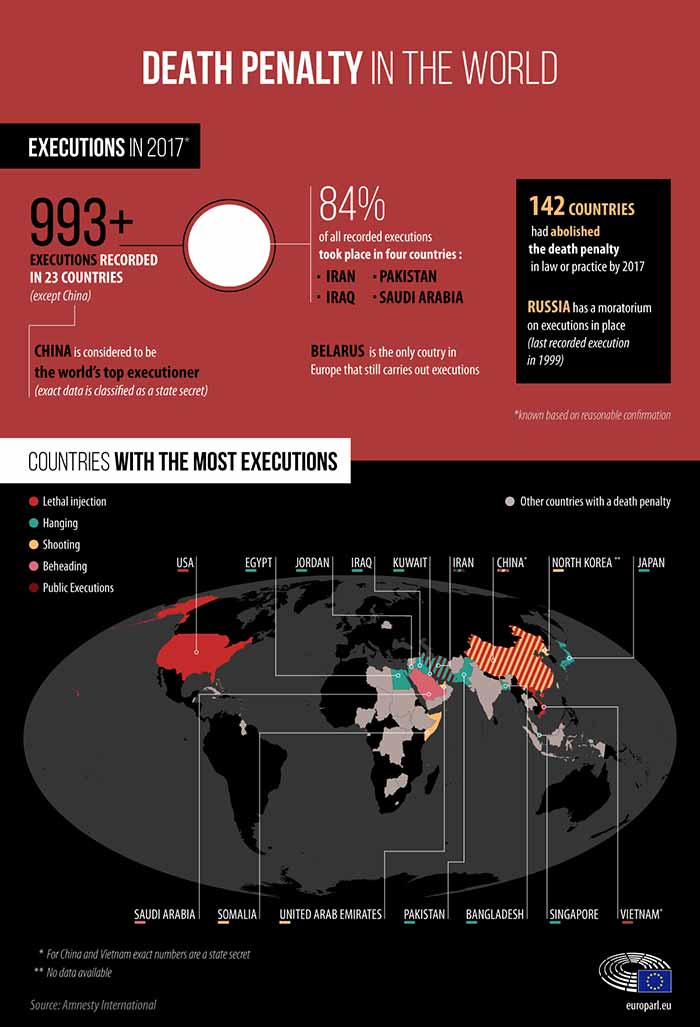 By 2017, 142 countries had abolished the death penalty in law or practice, leaving 56 countries still using capital punishment. There were at least 993 recorded executions in 23 countries (excluding China, where thousands of executions are believed to have been carried out), with more than 20,000 people on death row.

Some 84% of all recorded executions in 2017 took place in four countries: Iran, Saudi Arabia, Iraq and Pakistan. Figures are unknown for China, since this data is a state secret. (Source Amnesty International)

There is strong opposition to abolishing the death penalty in Asia, the Arab World and the US. However, four fifths of the 55 African countries have abolished capital punishment or operate moratoriums. 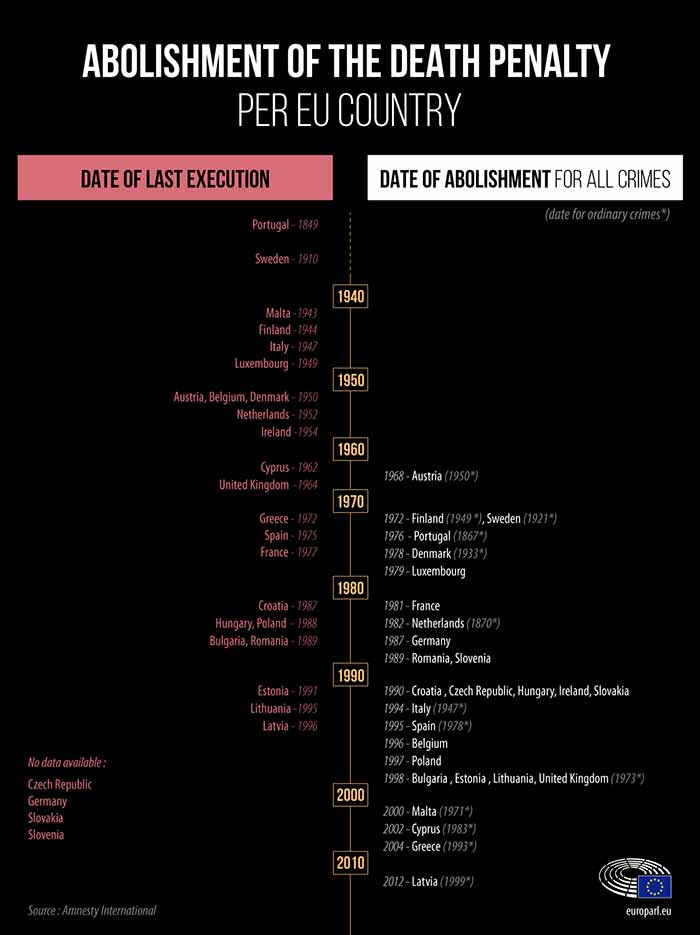 How the EU fights the death penalty

As part of its commitment to defending human rights, the EU is the largest donor in the fight against death penalty worldwide. All EU countries have abolished the death penalty in line with the European Convention on Human Rights.

The EU fights to abolish the death penalty in a number of ways:

Belarus is the only country in Europe that continues to carry out executions. There is a moratorium in Russia.