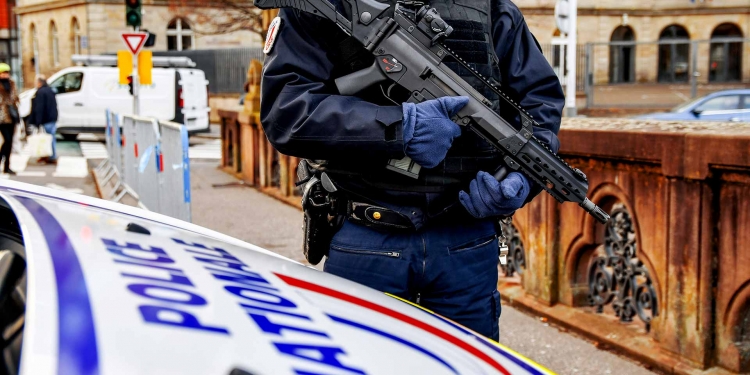 Security Union eudebates terrorism wich remains a significant threat, both by Islamist extremists and by far-right and far left extremists. EU will take further action to counter-terrorism, prevent radicalisation and to protect public spaces and critical infrastructure. Members of the European Parliament have called for greater cooperation between EU Members to combat an increase in terrorism. MEPs call to strengthen security and defense in EU’s response to terrorist threats.

The Civil Liberties Committee held an exchange of views with Home Affairs Commissioner Ylva Johansson. The debate also joined a representative from the German Presidency of the Council. Various recent and upcoming initiatives by the Commission improve the analysis and comprehensive response to terrorist threats in the EU.

The Civil Liberties Committee of the European Parliament is currently preparing a resolution on the EU Security Union Strategy. This strategy will comprehensively present the EP’s priorities in this area for the next five year period.

Connecting the dots in a new security ecosystem

In recent years, new, increasingly complex cross-border and cross-sectorial security threats have emerged, highlighting the need for closer cooperation on security at all levels. The coronavirus crisis has also put European security into sharp focus. It has tested the resilience of Europe’s critical infrastructure, crisis preparedness and crisis management systems.

President von der Leyen’s political guidelines called for improved cooperation to protect all those living in Europe. Today’s EU Security Union Strategy maps the priority actions, tools and measures to deliver on that objective. Delivery both in the physical and in the digital world, and across all parts of society. The strategy builds upon progress achieved previously and focuses on priorities endorsed by the European Parliament and the Council.

Terrorist attacks that have struck at the heart of our Union in recent years and the ever evolving nature of organised crime have brought into sharp focus the need to improve cooperation on internal security issues and build an effective Security Union.

It also recognises the increasing inter-connection between internal and external security. Many work strands will build on a joined up EU approach. The strategy will be in full complementarity and coherence with EU external action in the field of security and defence. Common actions will be under the responsibility of the High Representative of the Union for Foreign Affairs and Security Policy.

The Commission will regularly report on the progress made. EU Commission will keep the European Parliament, the Council and stakeholders fully informed and engaged in all relevant actions.

The EU supports member states in fostering security for all those living in Europe by helping to:

The COVID-19 pandemic has opened new avenues for cyber criminals and has rendered people more susceptible to violent extremist discourses online. It has further showed the need to protect, both in the physical and digital environments.

Member States cannot address these threats effectively acting on their own. This is why at European level we need to build the tools, infrastructure and environment in which national authorities can and do work together effectively to tackle shared challenges.

Data exchange for Security and Defense

Improving information exchange, checks at external borders and countering radicalization, all while safeguarding fundamental freedoms, are key for a successful counterterrorism strategy. Most MEPs called for further development of a structural and systematic approach to police cooperation. They asked for reinforced security checks at the EU’s external borders, and requested more details about UK’s future participation in information exchanges. Some voiced concerns over the extensive collection of personal data and interception of communication and warned that this approach could have a detrimental effect on fundamental rights and freedoms.

The ever-evolving threat picture and the recent report on the implementation of security policies in the EU show the need for a new way forward on internal security as part of the new Security Union Strategy. Building on this Strategy and through coordinated efforts across its policies the Commission strives for a Security Union.