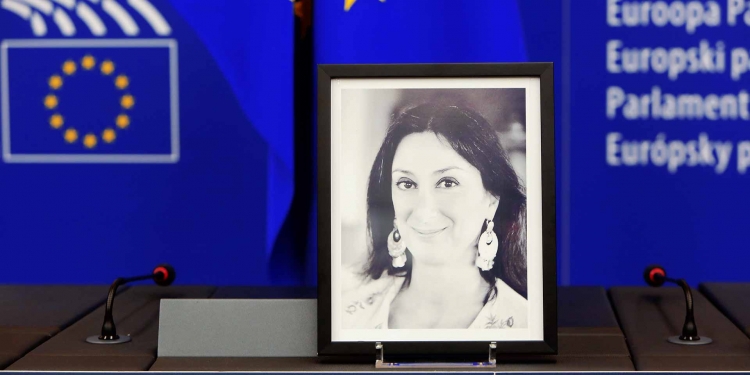 On the 16th October 2017, the Maltese investigative journalist Daphne Caruana Galizia was killed in a car bomb explosion. Ms Caruana Galizia gave to the Committee of Inquiry into Money Laundering, Tax Avoidance and Tax Evasion (PANA) evidence about her work on the Panama Papers at a meeting in February 2017 in Malta.

Every day journalists risk their lives to help keep us informed. Freedom of Press is considered to be an essential element of democracy by the European Parliament, which strongly supports it within the EU and beyond. Article 11 of the EU’s Charter of Fundamental Rights clearly states that “freedom and pluralism of the media shall be respected”.

EUdebates on the Rule of Law in Malta at the European Parliament plenary, after the recent revelations around the murder of Daphne Caruana Galizia.

European Parliament urged to introduce new legislation to monitor the conditions of rule of law after journalist murder in Malta. During the plenary session (16-19 December 2019) in Strasbourg, MEPs EU debate the rule of Law in Malta, after the recent revelations around the murder of Daphne Caruana Galizia.

Malta is facing a political and constitutional crisis over its government’s handling of the investigation into the murder of Daphne Caruana Galizia, a pioneering investigative journalist who was killed in a car bomb attack in 2017.

Democracy cannot live without free, diverse and independent media. Journalists and media actors across the globe hold states, government officials, corporations and society at large accountable for their actions. But far too many among them face threats and attacks simply for carrying out their work, while the perpetrators of these attacks often act with total impunity.

The assassinations of investigative journalists Daphne Caruana Galizia and Jan Kuciak in the EU, demonstrate that no region of the world is immune to this. These despicable crimes need to be thoroughly investigated and prosecute, as it is the case for the killing of Saudi journalist Jamal Khashoggi in the Saudi Consulate in Istanbul.

There is in many countries a worrying tendency to erode and shrink the space for free journalism, often by putting indiscriminately in question the credibility of media to discredit and weaken their work. Journalists need an environment where they are able to work in safety and security, both online and offline, without fear of harassment, political pressure, censorship or persecution. A robust legal system must protect media houses and journalists all around the world so that they can fulfil their work in full independence. In a time where disinformation is on the rise, the safety of journalists must be guaranteed to allow them to promote accurate reporting for the benefit and in the interests of all our citizens.

The EU will continue to use all appropriate external policy and financial instruments to enhance the quality of journalism, access to public information and freedom of expression. It will continue funding the European Centre for Press and Media freedom (ECPMF) and providing targeted protection through Human Rights Defenders Support programmes.

The assassination in Malta of investigative journalist Daphne Caruana Galizia in October 2017 put the island in the headlines. Following developments in the investigation into the murder of Daphne Caruana Galizia in 2017, MEPs visited Malta 3-4/12 to take stock of the situation on the ground. In light of recent political and judicial developments in Malta and continuing its long-standing defence of the rule of law in the EU, the European Parliament has decided to send a delegation on a fact-finding mission to review the situation on the ground.

In the 9th parliamentary term, the Democracy, Rule of Law and Fundamental Rights Monitoring Group will monitor and report on relevant issues across all member states until 31 December 2021. Newly arising issues can be added to the DRFMG scope if Members representing a committee majority agree.

Free journalism is the backbone of free societies: undermining it means undermining our own freedom. 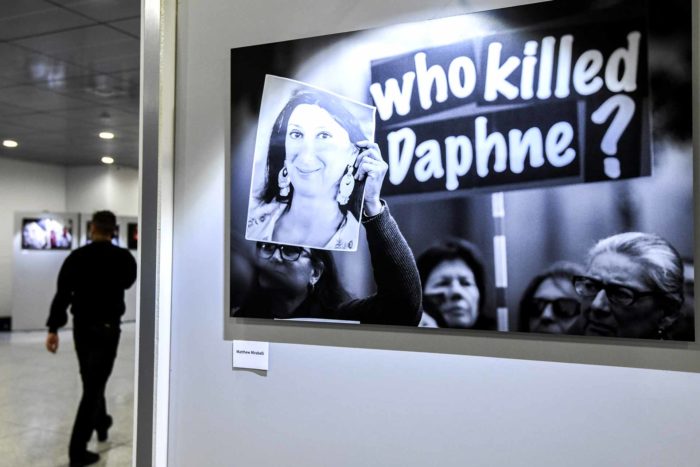 The European Commission stands firm on the protection of free speech and free media. Democracy cannot survive if journalists are no longer able to report freely, if they are subject to censorship, if they are prevented from reporting criticism of the powers that be and especially if they are intimidated, harassed, threatened and sometimes even killed just for doing their job. Theirs is a job democracy relies and depends upon.

Whistleblowers: Protection for people who report breaches of EU law

In this vein we must also consider whistleblowers, often sources of investigative journalism, who need protection as well. They rely on us to provide for their safety, we cannot let them down.

We don’t want these murders to have a chilling effect on free media. Citizens should be able to form their own opinions based on unhampered investigation and independent reporting.

That is why the persons responsible for these assassinations must be brought to justice. We want the full truth. We need to send a clear signal to all journalists: it is safe to work in Europe. If journalists are silenced, so is democracy. This will not happen in Europe. Not on our watch.

What is the reward for a whistleblower?

What is right to protect?