The mafia takes advantage of the economic crisis

Europe must act as a single country against organised crime 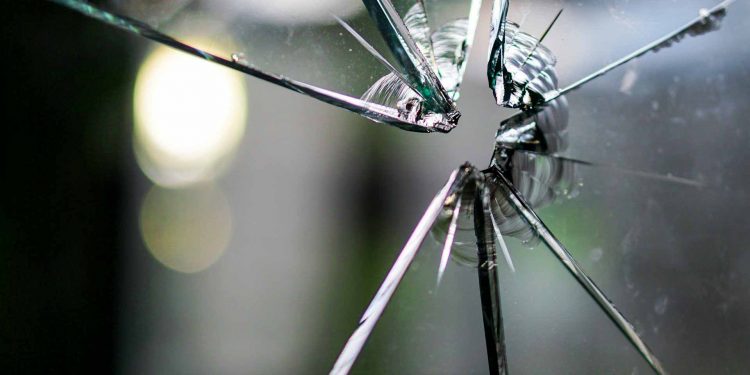 Italy’s national anti-mafia prosecutor Federico Cafiero De Raho has called on Europe to act as a single country against organised crime. EU must react with enhanced monitoring systems and immediate judicial responses. An online conference hosted by the EESC discussed the ability of mafias to infiltrate the legal economy, and the even more dangerous threat this poses at a time of pandemic.

The European Economic and Social Committee (EESC) hosted an online conference on “The economic impact of organised crime and money laundering – How does the COVID-19 crisis aggravate the problems?”, to call for an alliance of all components of civil society and institutions against this social and economic scourge.

In his introductory statement, Stefano Palmieri, president of the EESC’s ECO section, stressed that the presence of organised crime in the European economic system created a harmful form of competition, which could undermine the development of the economy itself. For this reason, he added, and all the more so at a time of a pandemic crisis, a European strategy is needed to combat this problem.

The mafia takes advantage of the economic crisis

The guest of honour at the event, Italy’s national anti-mafia prosecutor Federico Cafiero de Raho, explained how the phenomenon of mafias infiltrating the legal economy started in Italy back in the 1980s. Organised crime infiltrates public procurement through a well-established system of consortia, involving entities with different identities but directed by the mafia.

Organised crime in Italy back in the 1980s

Mafias do not identify themselves, he said, they choose the form of a capital company to disguise themselves and infiltrate the economy. They become enmeshed with the business fabric of certain areas through bars, restaurants, hotels, or through real estate agencies, as is the case with the ‘Ndrangheta in the Netherlands.

During a pandemic, tourism and catering activities become easy prey: Mafias are prepared to offer their money to entrepreneurs who are most in difficulty. By means of false invoicing or other false documentation, they infiltrate businesses that need support, blend in and help that business to resume and move forward. So that business becomes a hostage to organised crime.

According to Mr Cafiero de Raho, the anti-money laundering system in Europe is very advanced, but not in all countries. Some, he pointed out, have not adapted to the forms of enhanced monitoring that Europe has called for, with the Action plan for a comprehensive Union policy on preventing money laundering and terrorism financing.

The prosecutor points the finger at countries that can be defined, including in Europe, as tax and regulatory havens. In some of them, financial centres have been set up that act as fully-fledged off-shore countries, fostering the laundering and accumulation of illicit capital. A body of legislation, he continued, needs to be put in place with immediate effect in these countries as well.

The economic impact of organised crime and money laundering

Mr Cafiero de Raho praised the coordinating role played by Europol and Eurojust as regards police and judicial cooperation. However, for the judiciary, the borders need to come down as regards criminal investigations and, therefore, when it comes to the relationship between the police involved in such investigations and the judicial authorities. The current situation, he concluded, makes it necessary to act as if Europe were a single country, and move with the same speed with which mafias would move a shipment of cocaine.

Contributions to the anti-mafia action

According to Green MEP Sven Giegold, the economic slowdown caused by the pandemic has meant that money laundering, tax avoidance and evasion had become even more unacceptable for the Member States, which will have greater difficulties in reducing their debts. The damage caused by financial crime will be even greater, he said. The COVID-19 crisis provides an opportunity to combat dirty money from organised crime in all its forms. The MEP underlined the European Commission’s effort to do more on money laundering, transforming the regulatory framework with the move from directives to regulations, and creating a European anti-money laundering supervisor. However, what is lacking is the cooperation aspect between police and prosecutors, which would be absolutely indispensable, he added.

Floriana Sipala, head of unit in the European Commission’s Directorate-General for Migration and Home Affairs (HOME), replied to Sven Giegold, referring to the upcoming publication in April of a strategic document to tackle organised crime in Europe. She pointed to three key aspects of the Commission’s strategy: taking action against the structures of mafia-style associations to dismantle them and reduce the number and danger of individual offences; focusing on the ability of criminal organisations to infiltrate the legal economy to launder the proceeds of crime; and strengthening Member States’ capacities when it comes to financial investigations.

Sandro Mattioli, founder of the German anti-mafia NGO mafianeindanke, is involved in raising awareness of the dangers of organised crime in Germany, thanks to a spirit of cooperation between NGOs and law enforcement agencies. The task is not easy, he explained. In Germany, there is a lack of data, research, of general awareness of the dangers, and of funding. And everything is to some extent interdependent.

Ernesto Ugo Savona, Director of the Transcrime research centre at the Catholic University of Milan, identified three main challenges. The first is to find a method for predicting problems, which requires a risk analysis, which allows you to predict and anticipate problems and find the right remedies. The second is the mass use of artificial intelligence and big data for the collection of real data. Finally, monitoring the impact of organised crime, so-called crime proofing, taking into account the consequences of legislation. We cannot build red tape without assessing the effect of the legislation we are producing, he said, clearly referring to the new EU Migration Pact and to the risk of undesirable consequences such as facilitating human trafficking.

Karel Lannoo, CEO of CEPS (Centre for European Policy Studies), said that not having a clear definition of money laundering is a major issue. Depending on the country – he said – some activities are considered a crime or an offence. Major financial centres, he added, are also the major places for money laundering and terrorism financing. This makes it extremely hard to control.

Other participants in the debate included Anja Korenblik, from the United Nations Office on Drugs and Crime (UNODC); Gilbert Berk, expert on economic and financial crime at the European Police Office (Europol) and Javier Doz Orrit, rapporteur for the EESC’s opinion on Combating tax fraud, tax avoidance and money laundering.