What is hate speech for you? 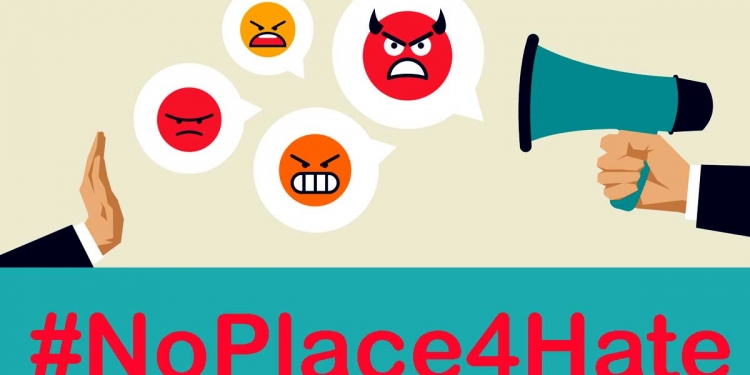 IT companies are removing on average 72% of the illegal hate speech notified to them. This is estimated to be satisfactory removal rates, as some of the content flagged by users could relate to content that is not illegal. In order to protect freedom of speech only content deemed illegal should be removed.

The four platforms agreed to assess the majority of users’ notifications of in 24h also respecting EU and national legislation on hate speech and committed to remove, if necessary, those messages assessed illegal. The four Companies also agreed to further work on improving the feedback to users and being more transparent towards the general society.

In the course of 2018, Instagram, Google+, Snapchat and Dailymotion announced the intention to join the Code of conduct.

What is Hate Speech in real life?

Broader society and in particular civil society organisations (CSOs) also have a crucial role to play in the field of preventing the rise of hatred online, by developing counter-narratives promoting non-discrimination, tolerance and respect, including through awareness-raising activities.

The IT Companies and the European Commission agree to assess the public commitments in this code of conduct on a regular basis, including their impact. They also agree to further discuss how to promote transparency and encourage counter and alternative narratives. 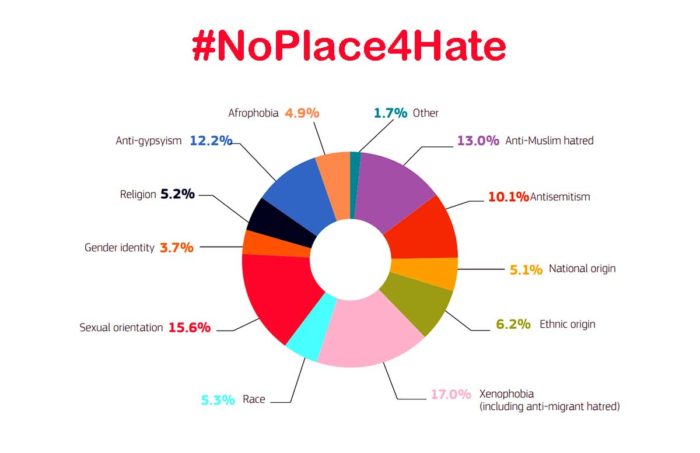 Xenophobia (including anti-migrant hatred) is the most commonly reported grounds of hate speech (17.0 %) followed by sexual orientation (15.6 %) and anti-Muslim hatred (13.0 %).

What does Code of Conduct mean for citizens?

The results, which are in line with the trends in December 2017, confirm the predominance of racist hatred against ethnic minorities, migrants and refugees. Data on grounds of hatred are only an indication of trends and may be influenced by the field of activity of the organisations participating to the monitoring exercise.

What is Hate Speech?

Are you ready to face the limits in freedom of speech?
Is this Freedom Unlimited?