Yellow vests: Protesters from Paris to London for Anti-austerity and Brexit 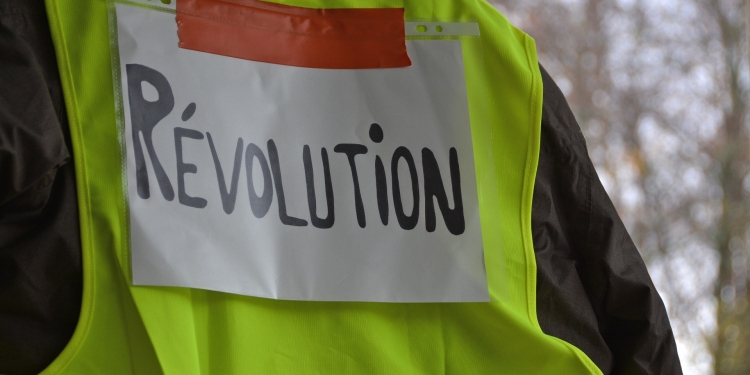 Protesters clad in yellow vests take to London streets with a big list of demands.
Daniel Standforf – BBC Correspondent
This could have been written better…I am sure they are not really standing for child abuse, homelessness and people starving

This could have been written better…I am sure they are not really standing for child abuse, homelessness and people starving pic.twitter.com/zPmzUI9QCC

Who are the real UK yellow vest protesters?

“English people, you look good in yellow!” said a message on the jacket of Erick Simon.

‘Yellow vest’ protests have erupted in many cities across France, with demonstrators demanding that French President Emmanuel Macron resign.

IX Yellow vest protest against Macron’s policies “Paris is ours”

Last Saturday, around 50,000 protesters demonstrated on the streets of various French cities. In Paris, French government spokesperson Benjamin Griveaux was evacuated from his offices as protesters seized an abandoned forklift and rammed it into the building’s front entrance. In other demonstrations, protests were met with tear gas as rioters burned cars and set barricades on fire.

A ‘Yellow Vests’ protest turned violent in the French central city of Bourges on Saturday, as the movement took to the streets for the ninth week in a row across the country.

Clashes erupted between the protesters and the police, who fired teargas and used flashball weapons against the crowds, after the authorities warned that a “zero tolerance” approach would be used in the upcoming protests.