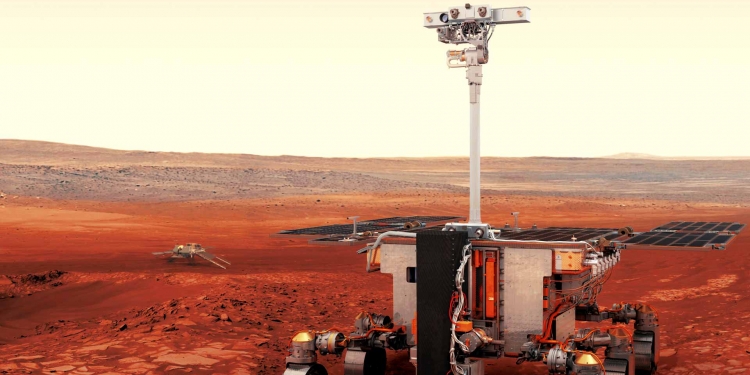 Since ancient times, Mars has captured the imagination of humankind, sparking an interest in scientists and artists. It sounds like science fiction, but maybe next-generation European kids might live on Mars.

The 2020 mission of the ExoMars programme will deliver a European rover and a Russian surface platform to the surface of Mars. Over a period spanning two millennia Europeans have made many important observations of this Red Planet.

Exobiology, also referred to as bio-astronomy or astrobiology, tries to answer the questions regarding the origin, evolution and distribution of life. Iit is an interdisciplinary scientific field concerned with the origins, early evolution, distribution, and future of life in the universe. Astrobiology considers the question of whether extraterrestrial life exists, and if it does, how humans can detect it.

The goal of exobiologists became to find signs of primitive life, and Mars remained the target planet. According to current scientific knowledge about the possible development of life on Earth, the Red Planet could have (or had in the past) the environmental conditions (liquid water and moderate temperatures) capable of supporting complex organic molecules and possibly self-regenerated organisms.

A Proton rocket will be used to launch the mission, which will arrive to Mars after a nine-month journey. The ExoMars rover will travel across the Martian surface to search for signs of life. It will collect samples with a drill and analyse them with next-generation instruments. ExoMars will be the first mission to combine the capability to move across the surface and to study Mars at depth.

One of European rover objectives is to search for evidence of ancient life on the planet. After landing on Mars, the European rover will egress from the platform to start its science mission. The primary objective is to land the rover at a site with high potential for finding well-preserved organic material, particularly from the very early history of the planet. The rover will establish the physical and chemical properties of Martian samples, mainly from the subsurface. Underground samples are more likely to include biomarkers, since the tenuous Martian atmosphere offers little protection from radiation and photochemistry at the surface. 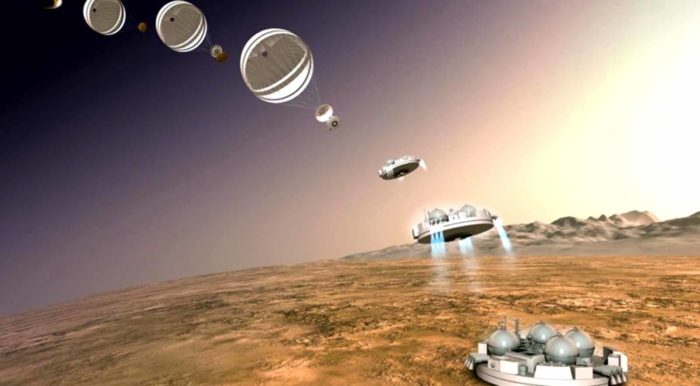 The drill will extract samples from various depths, down to a maximum of two metres. The sample is delivered to the rover’s analytical laboratory, which will perform mineralogical and chemistry determination investigations. Of special interest is the identification of organic substances. The Rover will travel several kilometres during its mission.

The ExoMars Trace Gas Orbiter, part of the 2016 ExoMars mission, will support communications. The Rover Operations Control Centre (ROCC) will be located in Turin, Italy. The ROCC will monitor and control the ExoMars rover operations. Commands to the Rover will be transmitted through the Orbiter and the ESA space communications network operated at ESA’s European Space Operations Centre (ESOC).

SEARCHING FOR SIGNS OF LIFE ON MARS

If life ever arose on the Red Planet, it probably did when Mars was warmer and wetter, sometime within the first billion years following planetary formation. Conditions then were similar to those when microbes gained a foothold on the young Earth. This marks Mars as a primary target for the search for signs of life in our Solar System.

Humans will absolutely be on Mars in the future! Mars is more Earth-like than any other planet in the solar system, making it an attractive second option for the human race.

EU Debates! You?
Your opinion counts!