EU open borders for outside travellers and tourists by July 1st 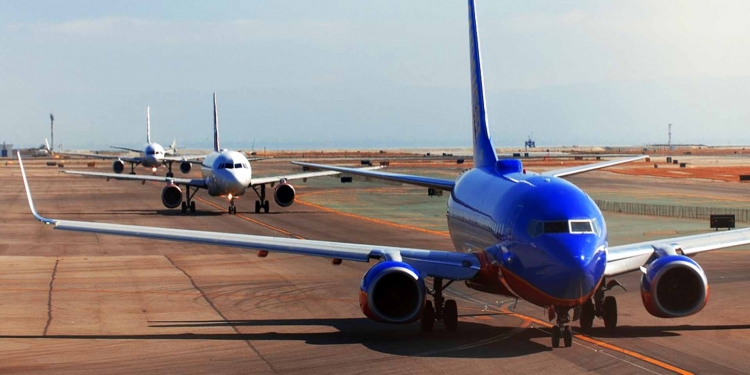 July 1st will be the EU Open Borders Day for outside travellers. Ylva Johansson, European Commissioner for Home Affairs noted that EU will consider the gradual lifting of restrictions on non-essential travel to the EU early July.

Save the Date
July 1st

Internal border controls will be lifted by the end of June, Ms Johansson added. The European Union will not fully open borders but each Member State will follow national regulations by experts. Travellers and tourists from third countries could enter EU by July 1st. The commission has urged internal EU borders to reopen before external ones.

Almost all member states expressed today a strong preference for a further, much shorter, prolongation of this period.
Ylva Johansson

Swedish EU Commissioner told a news conference after a video call among EU and Schengen zone interior ministers that we should consider the gradual lifting of restrictions on non-essential travel to the EU early July.

Tourism is one of the sectors most affected by the Covid-19 outbreak.

According to the United Nations World Tourism Organization, as of 11 May, 100% of world tourist destinations had introduced temporary travel restrictions in response to the outbreak. 72% of them have placed a complete stop on international tourism. No country has so far loosened those restrictions.

Schengen Area Borders closed since mid-March due to the coronavirus epidemic. France agreed to re-open borders with Germany by June 15. Germany and Austria reopen border for everybody on 15th June. Belgium also wants to open borders by 15 June, if the COVID outbreak allows. The Schengen zone banned also until June 15 all non-essential visitors from elsewhere. Delays in opening some individual national frontiers meant most governments now believed a two-week extension was necessary, Ylva Johansson said.

The intention is that an extension of the restrictions should be implemented by all EU and Schengen states at all external borders with the same end date and in a uniform manner. A majority of EU countries want controls to be lifted by 15 June. While a generalised lifting of restrictions would be desirable if the health situation were sufficiently positive across the Union, the Commission anticipates that a staged and coordinated approach is likely to be necessary. This would start by lifting restrictions and controls between regions and Member States with sufficiently similar epidemiological situations.

The approach must also be flexible, including the possibility to reintroduce certain measures if the health situation requires. ECDC, the European Centre for Disease Prevention and Control, will coordinate and monitor EU external borders. The Commission will also propose next week guidelines, health measures and regulations for the external border opening.

Who can order re-OPEN borders?

The Schengen Borders Code provides Member States with the capability of temporarily reintroducing border control at the internal borders in the event that a serious threat to public policy or internal security has been established.

The reintroduction of border control is a prerogative of the Member States. The Commission may issue an opinion with regard to the necessity of the measure and its proportionality but cannot veto such a decision if it is taken by a Member State.

When will France open borders against mini-Schengen plan?

The travel restrictions concern the “EU+ area” which covers a total of 30 countries. It includes all Schengen states including Bulgaria, Croatia, Cyprus, and Romania and the four Schengen associated states Iceland, Liechtenstein, Norway, and Switzerland.

EU “blacklist” of airports to save Safe Summer holidays

In light of the implemented travel restrictions, it is important for third country nationals to cancel or reorganise for a later point in time their planned business trips and assignments to the EU, unless they hold a valid residence permit in one of the EU member states. Global mobility managers should adapt their mobility programmes in Europe taking into account these new measures.

The Commission calls for a continued coordinated approach to the prolongation, as action at the external borders can only be effective if implemented by all EU and Schengen States at all borders, with the same end date and in a uniform manner.

The Commission’s guidance aims to offer people the chance to get some well-needed rest, relaxation and fresh air. As soon as the health situation allows, people should be able to catch up with friends and family, in their own EU country or across borders, with all the safety and precautionary measures needed in place.

The package also aims to help the EU tourism sector recover from the pandemic, by supporting businesses and ensuring that Europe continues to be the number one destination for visitors.

The tourism ecosystem has also been one of the most affected sectors. Heavy restrictions on movement and travel imposed in the wake of Coronavirus outbreak. The World Tourism Organisation (UNWTO) foresees a 60% to 80% reduction in international arrivals. It also estimates losses between €840 and €1.100 billion in export revenues worldwide. European Summer is a crucial season for tourism. During an average summer season (June-August) EU residents make 385 million tourism trips and spend €190 billion.

European Union will open its borders with non-members in July, following the removal of all internal Schengen barriers. European Commissioner for Home Affairs Ylva Johansson explained that the majority of the EU members will open their mutual borders by 15 June, while some of them will require longer to do so.