EU wants FREE roaming calls, SMS and data for the next 10 years 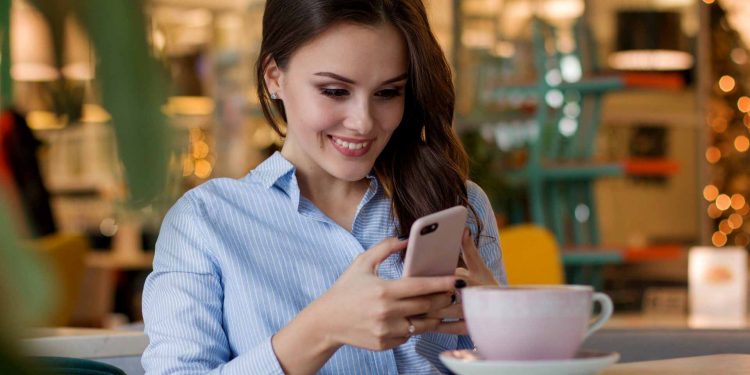 The EU has made conserted efforts to reduce roaming charges since 2006, culminating in the end of roaming charges in 2017. Many citizens are enjoying roaming at no extra charge across the EU! The current Roaming Regulation is in place until 30 June 2022. To make sure we keep these benefits, the Commission is reviewing the regime to prolong it beyond that date. As part of that review it ran a public consultation from 19 June to 11 September 2020.

Wherever we are in Europe, we can check in with our loved ones, talk business and share stories while on the road without worrying about costly bills. The end of roaming charges is a prime example of how the EU keeps millions of citizens connected and improves their lives. The new rules will keep roaming at no extra charges and make it even better.

Margrethe Vestager, Executive Vice-President for a Europe Fit for the Digital Age

European Union roaming regulations apply to the 30 members of the European Economic Area. The map includes the 27 members of the EU and their outermost regions, plus three EFTA member states Iceland, Liechtenstein and Norway.

To ensure that citizens can continue to enjoy roaming without additional charges when travelling in the EU, the Commission proposed today a new Roaming Regulation. At a time when non-essential travel is discouraged, this is an important action in preparing a brighter future. The new regulation will prolong the current rules that are due to expire in 2022, for another 10 years. It will also ensure better roaming services for travellers.

Thierry Breton, Commissioner for the Internal Market, said: “Millions of Europeans have been enjoying the benefits of roaming throughout the EU at no extra charges. It is an established and successful cornerstone of the single market. In Europe’s Digital Decade everyone must be able to have excellent connectivity everywhere they are in Europe, just like at home. Today we confirm the commitment towards our citizens. In parallel we work to support investment in adequate infrastructure.”

For example, consumers will be entitled to have the same quality and speed of their mobile network connection abroad as at home, where equivalent networks are available. The new rules will also secure efficient access to emergency services, including improving awareness about alternative means for people with disabilities, as well as increase consumer awareness on possible fees from using value-added services while roaming.

Phone calls, SMS and going online with your mobile device from another EU country are covered in the national bundle. The minutes of calls, SMS and megabytes of data that a person consumes abroad (within the EU) are charged the same as at home. People will no longer return home to extortionate phone bills while travelling within the EU.

Communication prices in the EU. How much do you pay?

The EU rules ensure that such a roaming data limit should cover the normal usage patterns of most travellers. If a person reaches the limit, they can continue to use data roaming for a very small fee : reduced to reduced to 3€/GB + VAT in 2021 and to be further reduced to 2.5€/GB + VAT in 2022.

As long as a person travels periodically and spends more time in his home country than abroad over any 4-month period, they can fully benefit from Roam Like at Home. If a person gets charged extra, they should first contest those charges with their operator, who should have a complaints procedure in place. If the operator persists, the person should refer to the national telecoms regulator, who will settle the case.

In case a person stays in another country within the EU longer than in their home country over a few months, the operator may contact them and ask them to pay more.

The end of #roaming extra sur charges in the European Union

According to a new Eurobarometer survey, half of Europeans who own a mobile phone travelled to another EU country in the last two years. Thanks to the current Roaming Regulation EU roaming charges ended on 15 June 2017 and, since then, almost 170 million citizens enjoy roaming-free prices and benefits of staying connected while travelling in the single market. Use of data roaming increased 17 times in the summer of 2019, compared to the summer before the abolition of roaming surcharges (summer of 2016). The rapid and massive increase in roaming traffic since June 2017 shows that the end of roaming charges has unleashed the untapped demand for mobile consumption by travellers in the 27 EU Member States, as well as in Iceland, Liechtenstein and Norway.

The current rules expire on 30 June 2022, and the conditions on the mobile telecoms market are still not conducive to sustainable ‘roam like at home’ for all businesses and customers while travelling in the EU. Therefore, it is important to extend the rules.

Same quality of service at home and abroad

According to latest Eurobarometer data, when travelling abroad in the EU, 33% of people said that they experienced lower mobile internet speed than they usually have in their home country and 28% that the network standard was lower than at home (e.g. 3G instead of 4G). The new rules proposed today aim to ensure that citizens and businesses benefit from the same quality of services as they do at home. This means that if they have 4G speeds and increasingly 5G as part of their subscription, they should not have lower network speeds when roaming, wherever these networks are available.

When it comes to 5G services, consumers will need to know that they are able to use certain applications and services while roaming. Moreover, operators in the visited country should give access to all network technologies and generations upon a reasonable wholesale roaming access request.

The proposed regulation aims to secure that customers who are roaming can access emergency services and benefit from caller location transmission seamlessly and free of charge, including through means other than voice calls, such as SMS or emergency applications. In addition, travellers should be informed about the means of reaching emergency services, including those designed for disabled people, in the EU country they are visiting.

While roaming, travellers should be able to confidently call numbers to access value-added services, such as technical helpdesks, customer care of airlines or insurance companies, or even freephone numbers, which may be accompanied by unexpected charges in roaming. The new roaming rules call for operators to provide sufficient information to consumers about the increased costs they might incur from using value-added services while roaming.

The new rules will ensure that roaming without charges and the enhanced benefits for consumers is sustainable for operators. The rules envisage further reductions in wholesale roaming prices – the prices operators charge each other for using their network when their customers travel abroad. Inter-operator price caps allows operators to recover the cost of providing roaming services. At the same time, it preserves incentives to invest in networks and avoid distortion of domestic competition in the markets of the visited countries.