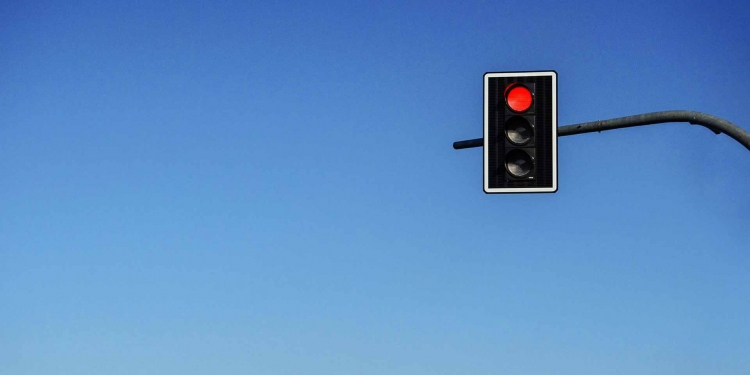 In her State of the Union speech on 16 September, Commission President von der Leyen said:

We must tear down the barriers of the Single Market. EU must cut red tape. We must step up implementation and enforcement. And we must restore the four freedoms – in full and as fast as possible. The linchpin of this is a fully functioning Schengen area of free movement.

The Commission has proposed a Council Recommendation with some helpful ideas on a common approach to dealing with a possible second wave of COVID-19 or future pandemics and avoid piecemeal border closures based on widely differing criteria for assessing risk.

EU Travel and Commerce organisations called Europe’s leaders to agree to establish such a common approach.

Travel rules – Joint Statement: We fully support measures to contain the spread of the virus and the need for action by national governments to protect their citizens. However, the actions of some governments in maintaining major restrictions on European citizens moving from other EU member states can often seem haphazard, and ultimately damaging to the European economy. It makes little sense in terms of containing the virus to prevent travel from another member state with a similar level of infection if the member state taking that action still allows travel within its borders.

Freedom of Movement with traffic light

Such restrictions also affect the free movement of goods and services. At the start of the pandemic, we saw essential products, produce and service providers held up where borders were almost completely closed or people delivering these supplies and services subjected to unreasonable restrictions. The EU moved quickly to lift most of these restrictions, but we are concerned to ensure that in, any major new wave of infections, the same common, rules-based approach is adopted and supply chains kept open in a responsible and appropriate manner.

The present uncertainty about a new wave of infections needs action again at EU level. We therefore ask the Commission and European leaders to look at agreeing quickly the ideas set out in the draft Recommendation travel rules and to apply them consistently in their member state, so that there are:

The European Commission has proposed that EU Member States apply a well-coordinated, predictable and transparent approach to travel restrictions in the European Union to help travellers.

The proposal includes a common mapping system based on a colour code (green, orange, red, grey). These are the common criteria for Member States when deciding whether to introduce travel restrictions, a common approach for travellers from ‘red areas’ (testing and self-quarantine), as well as more clear and timely information to the public. Member States must now agree to the Commission’s proposal before the Recommendation can be applied.

What is the ‘traffic light’ system?

To limit the spread of the COVID-19 outbreak, Member States have adopted various measures like the ‘traffic light’ system. Some measures have had an impact on free movement and travel during summer holidays – vacations. EU needs a well-coordinated, predictable and transparent approach. A common approach on freedom of movement is necessary to prevent the virus spread.

The European Union, and all of its member states, are working for a safe re-opening of Europe. While protecting public health, EU wants everyone to enjoy holidays, to reunite with family, and to travel for any purpose. This interactive tool Re-Open EU provides information that you need to confidently plan your European travel and holidays. The information is frequently updated and available in 24 languages for your convenience.

Travel rules information for travellers from third countries to the EU

Following the first review under the recommendation on the gradual lifting of the temporary restrictions on non-essential travel into the EU, the Council updates the list of countries for which travel restrictions should be lifted. This list will continue to be reviewed and, as the case may be, updated every two weeks.

Based on the criteria and conditions set out in the recommendation, member states should gradually lift the travel restrictions at the external borders for residents of the following third countries:

Residents of Andorra, Monaco, San Marino and the Vatican should be considered as EU residents.

The Schengen Borders Code provides Member States with the capability of temporarily reintroducing border control at the internal borders in the event that a serious threat to public policy or internal security has been established.

The reintroduction of border control is a prerogative of the Member States. The Commission may issue an opinion with regard to the necessity of the measure and its proportionality. But it cannot veto such a decision if it is taken by a Member State.

The Schengen evaluation and monitoring mechanism ensures an effective, consistent and transparent application of the Schengen travel rules and regulations by the Schengen Member States. At the same time it provides a high level of mutual trust between those Member States.

The strengthened mechanism covers all aspects of the Schengen acquis. This includes external borders, visa policy, the Schengen Information System, data protection, police cooperation, judicial cooperation in criminal matters, as well as the absence of border control at the internal borders and the functioning of the authorities applying the relevant parts of the Schengen acquis.  It, furthermore, introduces the possibility to carry out unannounced on-site visits and gives clearer rules for the set up and adoption of evaluation reports and recommendations, as well as for the follow-up of identified deficiencies in Member State’s external border control. At the same time, the Commission gave an overall coordinating role for the organization and implementation of the mechanism.

In practice, the strengthening of the mechanism translates in Schengen evaluations to Member States implemented based on a multi-annual and an annual evaluation programme – for the period 2015-2019, 5 to 7 Member States will be evaluated each year, beginning in 2015 with the evaluation of Austria, Belgium, Germany, Liechtenstein and the Netherlands – and resulting in evaluation reports with concrete recommendations for remedial action. Subsequently, the Member State has submit an action plan setting out how it intends to remedy the weaknesses identified. EU controls the implementation of the plan on a regular basis.

In addition, Commissions supports Member States in fulfilling the Reopen EU recommendations via practical and/or financial measures with Frontex and other EU bodies. Possible re-visits will allow ensuring that the changes have been implemented.

In the exceptional circumstances where persistent serious deficiencies in a Member State’s control of its external borders have been identified and when it is clear that measures taken by the evaluated Member State are not sufficient to ensure the adequate remedy of these deficiencies, border controls may be reintroduced temporarily.  However, this is a step of last resort and would be used only if all other measures like operational support from Frontex were ineffective in mitigating a serious threat.