Frontex debates: One investigation closes as another begins 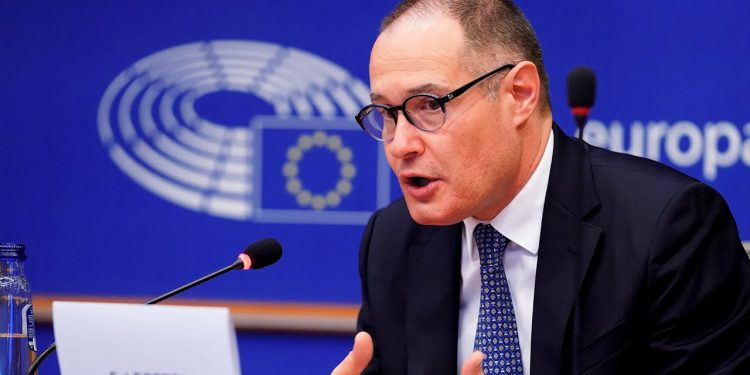 The debate includes Frontex reinforced role and resources for integrated border management and the correct application of the EU acquis. MEPS carry out a fact-finding investigation, gathering all relevant information and evidence regarding alleged violations of fundamental rights in which the Agency has a role.

European Parliament Scrutiny Working Group on Frontex starts work in the same week as the internal investigation of the Management Board delivers its report. Information of attempts to circumvent legal problems related to the purchase of firearms by relabelling them as technical equipment has been revealed. Member States want Frontex to play a stronger role in supporting returns.

The European Parliament Scrutiny Working Group formally began its work on 23 February and appointed Roberta Metsola, MEP EPP as a chair. The mandate of the Working Group is to monitor all aspects of the functioning of Frontex in particular compliance with fundamental rights, reporting and complaints procedures and transparency and accountability of Frontex to the EP. A report on the findings including recommendations will be drafted by Tineke Strik, MEP, The Greens.

In its first hearing on 4 March, the Working Group questioned Commissioner Johansson and Frontex Executive Director Leggeri. The hearing focused on the implementation of the fundamental rights provisions of the last Frontex mandate review, the investigation related to the agency’s activities in the Aegean Sea, interpretation of applicable rules for the surveillance of the external sea borders and clarity of the political scrutiny role of the European Commission over the agency.

Ahead of the hearing, Commissioner Johansson has criticized the ‘reluctance of compliance’ with the new mandate from Leggeri. The Director himself welcomed the establishment of the working group and played down the investigation against Frontex launched by the EU’s European Anti-Fraud Office (OLAF). Commissioner Schinas said that management issues in Frontex need to be resolved but defended the agency overall.

The internal investigation of the Working Group on Fundamental Rights and Legal Operational Aspects of Operations set up by the Frontex Management Board is supposed to be delivered to the Management Board on 5 March. A preliminary version of the report was leaked earlier this week. The final version criticizes among other issues monitoring, recruitment and reporting procedures of the agency. Five push-back incidents have not been clarified due to unclear data provided by Frontex. The leaked correspondence between Executive Director Leggeri and the European Commission, Council, Parliament, Frontex Management Board and border authorities in Greece, Romania, Portugal and Sweden related to some of the incidents in the Aegean Sea reveals the paper trail since May 2020.

The European Border and Coast Guard, Frontex, is growing rapidly, both in budget, human resources and competences, with the standing corps of 10,000 border guards currently being developed. To ensure adequate parliamentary oversight, the European Parliament pushed for a standing Frontex Scrutiny Working Group that monitors all aspects of the functioning of Frontex.

A collection of Member States responses to questions on the cooperation between Frontex and Member States on returns conducted during the German Presidency in 2020 finds that many Member States want Frontex to organise Joint Return Operations and are interested in assistance with the organisation of voluntary returns and refinancing of costs. In addition, the majority of Member States were interested in support in the different stages of the return process of unaccompanied children even though some of them noted that return of unaccompanied children is a rare theoretical case or is prevented by national law.

Frontex purchase of firearms has come under question. Director Leggeri has explained to the European Commission that he intends to circumvent possible legal challenges to the agency buying firearms by labelling them as technical equipment, which would be covered by the Frontex mandate.

The new EP Frontex Scrutiny Working Group (FSWG) monitor all aspects of the functioning of the border agency, including its compliance with fundamental rights. Following a decision by the Civil Liberties committee coordinators on 29 January, fourteen MEPs -two per political group- will assess Frontex activities and organisation, including its reinforced role and resources for integrated border management and the correct application of the EU acquis.

Within the first four months of its existence, the FSWG should carry out a fact-finding investigation, gathering all relevant information and evidence regarding alleged violations of fundamental rights in which the Agency was involved. The Frontex Scrutiny WG meetings will take place twice per month.

The Frontex Scrutiny WG meetings will take place twice per month and its Chair will regularly report to the Civil Liberties Committee on its work and progress.