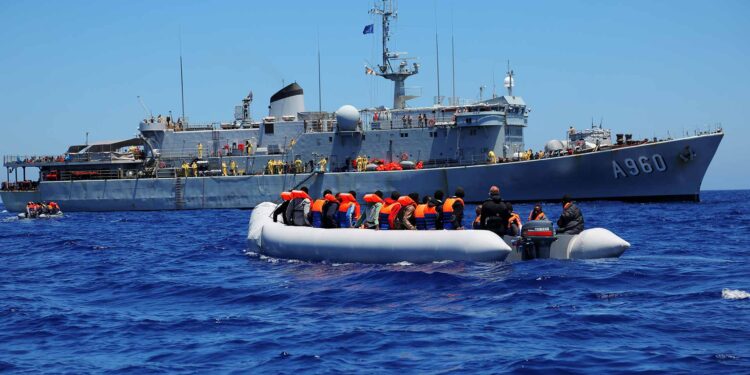 Applications for asylum seekers in Europe in 2020 decreased by 31% compared to 2019, down to the lowest levels since 2013, due to COVID-19. Despite the pandemic, national asylum authorities showed resilience in sustaining many activities, resulting in a decrease in backlogs of pending applications.

Analysis released by the European Asylum Support Office (EASO) on asylum seekers trends in 2020 shows that 461.300 applications were lodged, compared to 671 200 in 2019. The considerable decrease (-31%) reflects the impact of the COVID-19 pandemic and related emergency measures, such as movement restrictions, while national asylum authorities made efforts to ensure that applications could be lodged, and decisions still issued. Approximately 4% of all applications in the EU+ in 2020 were lodged by self-claimed unaccompanied minors (UAMs), an increase of one percentage point from the previous year.

Most nationalities lodged fewer applications – with some exceptions

The COVID-19 situation triggers a reduced backlog of cases

Despite the pandemic, national asylum authorities roughly maintained the same level of first instance decisions as in 2019. About 521 000 decisions were issued at first instance in 2020, which exceeded the number of applications for the first time since 2017. As a result, the backlog of cases was reduced somewhat, falling by more than 74 000 cases at first instance and by some 160 000 at all instances altogether. At the end of 2020, about 412 600 cases were still pending at first instance.

Newly available EU data on asylum seekers and irregular border crossings in the first 10 months of 2020 shows the impact of the pandemic on migration to the EU. The EU as a whole registered a 33% year-on-year decrease in asylum applications and a 6-year low in irregular border crossings. However, the impact was not a uniform decrease: several local communities received unexpected large numbers of arrivals, and the overall number of arrivals has continued recovering after a large drop around April.

Updated data on population changes overall, including legal migration which represents a large majority of migration into the EU, will be available later this year. That data is likely to show a large decrease in migration overall due to current restrictions. Data on returns in 2020 will also be available later this year, where a decrease is also anticipated. The Commission aims to provide updates every quarter.

In the first 10 months of 2020, 390,000 asylum seekers applications (including 349,000 first time applications) were lodged in the EU, 33% less than in the same period of 2019. Member States reduced their backlogs of pending asylum cases. At the end of October 2020, the number of pending cases was 786,000, 15% less than at the end of 2019. This still means that on the EU level, the backlog represents more than a year’s worth of new applications – with significant variations between Member States. The recognition rate, or the percentage of asylum applications that resulted in a positive decision at first instance (before any appeals), including decisions granting humanitarian status, stood at 43%.

A 10% decrease in the number of irregular border crossings to the EU (114,300 in the period January-November 2020) was observed compared to the same period in 2019, the lowest level in the last 6 years. While there was a significant decrease in irregular arrivals in countries of first entry along the Eastern Mediterranean (-74%, 19,300), the decrease was predominantly due to low arrivals from Turkey to Greece, where the situation is likely to change depending on different factors including political and economic developments in Turkey.

Despite overall reductions, irregular arrivals via the Central Mediterranean (to Italy and Malta) increased (+154%) compared to the same period in 2019. There were over 34,100 such arrivals in 2020, compared to almost 11,500 in 2019, with the majority of people arriving in Lampedusa. With the exception of the month of March, arrivals consistently exceeded 2019 levels.

Arrivals in Spain, and in particular the Canary Islands, significantly increased (+46%, 35,800) in 2020 compared to 2019. In Spain, the impact of COVID-19 restrictions on irregular arrivals was temporary: since August 2020, the number of arrivals to Spain was consistently greater than in 2019.

In both cases, many new arrivals originate from countries suffering from the economic downturn rather than conflict. A decline in global remittances is also likely to contribute to this trend. Until the pandemic is contained and economic recovery is underway, poor prospects of employment and healthcare in countries of origin will remain an incentive for people to come to the EU.

Crossing the Mediterranean Sea remains dangerous. Despite decreased departures in 2020, 1,754 persons were reported dead or missing compared to 2,095 persons in 2019.