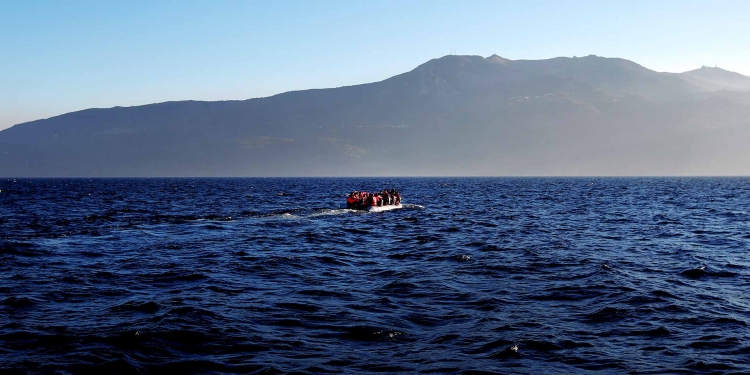 Managing migration is a shared European responsibility, which makes it essential that Member States’ policies are coordinated. Member States with many arrivals must be able to count on the support of others, and all Member States need to plan to contribute.

The new Migration Pact is insufficient for the majority of EP groups. Some demand compulsory relocation of refugees; others want a firmer stance on irregular arrivals.

Migration has always been and always will be part of our societies.
Ylva Johansson, Commissioner for Home Affairs

Migration is a complex issue, with many facets that need to be weighed together. The safety of people who seek international protection or a better life, the concerns of countries at the EU’s external borders, which worry that migratory pressures will exceed their capacities and which need
solidarity from others. Or the concerns of other EU Member States, which are concerned that, if procedures are not respected at the external borders, their own national systems for asylum, integration or return will not be able to cope in the event of large flows.

Based on a holistic assessment, the Commission is proposing a fresh start on migration: building confidence through more effective procedures and striking a new balance between responsibility and solidarity.

The European Commission presented a new Pact on Migration and Asylum, covering all of the different elements needed for a comprehensive European approach to migration. It sets out improved and faster procedures throughout the asylum and migration system. And it sets in balance the principles of fair sharing of responsibility and solidarity. This is crucial for rebuilding trust between Member States and confidence in the capacity of the European Union to manage migration.

A step in the right direction or a New Dublin status?

The Civil Liberties Committee held a first debate about the Commission’s proposals with Vice-President Margaritis Schinas and Commissioner Ylva Johansson. Some MEPs considered the initiative to be “a step in the right direction”, to help front-line countries, and others admitted it might be the only way forward, given the position of several EU member states. All requested more information about how the pact would be applied on the ground.

Moria is a stark reminder that the clock has run out on how long we can live in a house half-built.
Margaritis Schinas, Vice-President for Promoting our European Way of Life

Many speakers referred to the situation on Lesvos, following the fire in Moria refugee camp, and asked whether the new rules will prevent that humanitarian disaster from being repeated. They raised questions about whether fundamental rights will be respected in the new screening and border procedures and the detention of asylum-seekers. Several regretted that the Commission has not removed the contentious principle of the current Dublin Regulation, that the country of first-entry must deal with an asylum-claim.

EU countries that do not want to transfer refugees to their territory would be given the option to sponsor returns of those without a right to stay instead; MEPs wondered what will happen if most member states opt for the latter. There were also questions raised about the enforcement mechanisms to ensure the new rules are effectively applied.

Some MEPs complained that cooperation with third countries does not include the establishment of hotspots to process asylum requests outside European territory and insisted the EU must be tougher on smugglers.

It is now time to rise to the challenge to manage migration jointly, with the right balance between solidarity and responsibility.
Ursula von der Leyen, European Commission President

The current system no longer works. And for the past five years, the EU has not been able to fix it. The EU must overcome the current stalemate and rise up to the task. With the new Pact on Migration and Asylum, the Commission proposes common European solutions to a European challenge. The EU must move away from ad-hoc solutions and put in place a predictable and reliable migration management system.

The first pillar of the Commission’s approach to building confidence consists of more efficient and faster procedures. In particular, the Commission is proposing to introduce an integrated border procedure, which for the first time includes a pre-entry screening covering identification of all people crossing the EU’s external borders without permission or having been disembarked after a search and rescue operation.

Fair sharing of responsibility and solidarity

The second pillar at the core of the Pact is fair sharing of responsibility and solidarity. Member States will be bound to act responsibly and in solidarity with one another. Each Member State, without any exception, must contribute in solidarity in times of stress, to help stabilize the overall system, support Member States under pressure and ensure that the Union fulfils its humanitarian obligations.

These are the most prominent features of the mandatory solidarity mechanism involving all Member States. We therefore need detailed information on how the procedures will be implemented and who will be involved in the processes.

Pay for migrant returns and you don’t have to home refugees.

On 8 and 9 September a number of fires destroyed the Moria reception camp on Lesvos in its entirely. We had no fatalities or serious injuries. However, 12,362 men, women and children are without a home. The Commission provided immediate financial and operational support.

Migration: A European taskforce to resolve emergency situation on Lesvos

Following the fire that devastated the Moria facility on the islands of Lesvos, the Commission announces today it will establish a dedicated taskforce to improve the situation on the island in a durable way. The taskforce will implement a joint pilot with the Greek authorities for new reception facilities. In line with the framework proposed today in the new Pact on Migration and Asylum, the taskforce will help ensure that migration is managed in an effective way, including adequate living conditions, more certainty through faster procedures and more balanced responsibility-sharing and solidarity. The taskforce will work in close collaboration with EU Agencies and international organisations on the ground.

A comprehensive approach to migration in Greece

As a priority action, the taskforce will work closely with the Greek authorities to build new reception facilities in the coming months. The facilities will be of a European standard, durable infrastructure and will provide access to healthcare and adequate sanitation. They will take into account the specific needs of women, children and families, and will entail stronger involvement of EU Agencies and international organisations such as UNHCR and IOM.

The taskforce will oversee a number of actions, based on the principles of the New Pact on Migration and Asylum:

The Commission is providing emergency support to improve the immediate conditions for people affected by the fires in Lesvos. In addition to substantial operational and financial support already provided to Greece, the Commission granted €750,000 in emergency assistance to support the immediate humanitarian needs.

All EU Member states will then be called on to contribute, according to their economic weight and population.