Saving the right to asylum for migrants in Europe 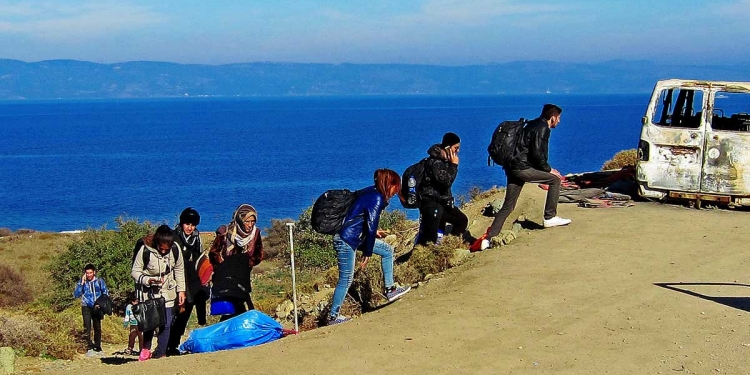 Since 2015, migration issues have been at the forefront of public debate across Europe. Ongoing population movements, the Aquarius crisis and other dramatic events in the Mediterranean, strong national reactions, frequent confusions between migrants and refugees.

The right of asylum (sometimes called right of political asylum, from the Ancient Greek word asylon) is an ancient juridical concept, under which a person persecuted by one’s own country may be protected by another sovereign authority, such as another country or church official, who in medieval times could offer sanctuary.
This right was recognized by the Egyptians, the Greeks, and the Hebrews, from whom it was adopted into Western tradition. René Descartes fled to the Netherlands, Voltaire to England, and Thomas Hobbes to France, because each state offered protection to persecuted foreigners.

In 2015, almost 1.4 million asylum applications were filed in Europe. 1.2 million were filed in 2016. While the flow of migrants has decreased since then, this crisis revealed the inadequacies of European legal tools in terms of asylum and, by extension, in terms of managing migration flows.

The right to asylum in the EU is in danger.

The migration crisis of 2015 revealed the inadequacies of European legal tools in terms of asylum and, by extension, in terms of managing migration flows. In this context, Institut Montaigne jointly with Terra Nova have written a report which calls for a reform of the European asylum policy and for a rapid, unified response to the humanitarian emergency in the Mediterranean.

In this context, Institut Montaigne and Bruegel invite you to this event where we are discussing how to reform the European asylum policy.

The event will be live streamed.

Our shared obligation is to combine humanism and realism, dignity and effectiveness, as much as possible, so that we can reject a perverse political game where constant promises of severity – and even of closing of our borders – cause in reality widespread disorder and an insidious disavowal of responsibility. A more rational approach and a bit of political courage will correct the problems identified in our report.
Authors of the report “Saving the Right to Asylum”

– How to improve the European asylum policy for a better Europe?
– Why is the right to asylum in Europe not functioning properly?

Although all EU Member States ratified the Geneva Convention, there are great disparities in the granting of the right to asylum among the 27 European countries.

This rate varies greatly between countries, and is also unstable within a single country over time. For instance, in the case of Afghan asylum seekers in Germany, the rejection rate climbed from 27% in 2015 to 53% in 2017.

In all, 61% of asylum applications filed in 2017 in the 28 EU countries were accepted. However, the rejection rate for applications can reach 90% in Hungary, while it is only 30% in the Netherlands or Germany.

This situation clearly shows that there is a true “asylum lottery” in Europe.

The Dublin Regulation and its consequences

By virtue of the Dublin Regulation and due to the current migratory routes, the burden of receiving and examining asylum applications currently weighs very heavily on Greece, Malta and Italy. The exposure of EU countries to the flow of migrants varies according to their geographical location.

These front-line countries consider themselves to be hopelessly trapped:

International law requires them to rescue migrants and open their harbors.
The Geneva Convention then obliges them to examine the potential asylum applications of those rescued. The Dublin Regulation prevents them from transferring the examination of these applications to other Member States and obliges them to welcome the migrants that certain EU countries send back to them.

All these regulations contribute to imposing the burden of controlling the EU’s external borders and examining asylum applications upon front-line countries. This contradicts the spirit of solidarity that should prevail within the EU. Currently, there is no judicial mechanism for a burden sharing regarding asylum applicants in case of a crisis.