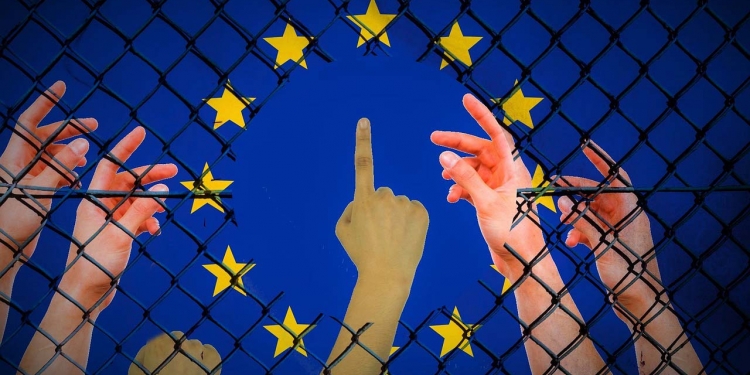 Why Europe can’t fix its terrorism problem? One of the most striking developments in the modern era of globalization is the rapid flow of people across national borders. Migrants carry their culture with them and social integration of Europe’s Muslim Minorities has a great role for the european future. The answer not only has important political implications but it also helps us understand the Public Anxieties and the mistakes of the past.

The rapid settlement of Muslim migrants into European societies, in particular, has raised important challenges for how European policymakers manage cultural diversity, maintain social cohesion, and accommodate minorities. Recent events have intensified concerns about the integration of Muslim populations.

Europe’s Muslim communities were seeded by poor peasants who came as guest workers for the burgeoning industries of the postwar period. They were expected to return home but they finally stayed and grew in numbers due to family unification and comparatively high fertility.

Fears about Muslim minorities as a security threat, their perceived unwillingness to integrate, and their socioeconomic exclusion have become interwoven in public discourse — and have propelled European governments to develop a diverse and sometimes highly controversial set of policies toward Muslims as a religious minority group. Muslim integration is one of the most contentious issues in the immigration debate in Europe, and one that gets right to the heart of public anxieties about immigration.

These negative perceptions are sometimes exacerbated by the perceived marginalization and social exclusion of some groups of Muslims. The role of “homegrown” terrorists encouraged governments to turn their attention inwards and scrutinize relations with their Muslim populations. These attacks were widely denounced by Muslim groups, but levels of anxiety about terrorism remain high. Marginalization, Unemployment, and Discrimination raise fears that second‐generation Muslims living in isolated urban communities are becoming alienated from democratic societies and may be developing closer sympathies with extremist Islamic movements.

Closing the borders won’t end terrorism, but it will make us poorer.

Schengen is crumbling under the pressure of the Migrant Crisis and what some have called the great migration from the Middle East and Africa into the EU. No one should be surprised if passport checks and checkpoints start reappearing and borders that previously existed only on paper start again to take physical form. Border security is important, but we should not let concerns about Schengen – or a wider political agenda against liberal immigration policies – lead us to misunderstand the nature of the enemy here.

With one of the worst extremism problems in Europe and with its weak external borders, the Migrant Crisis is translated to Terrorism Crisis.

Closing borders isn’t the answer to terrorism in Europe!

There has been widespread public debate about how far European societies can manage the growing social diversity produced by the rising influx of migrants flowing across national borders, and, in particular, the rapidly expanding Muslim population. Cultural differences are a potential fault line that demagogues can exploit to inflame hatred between groups. But there is nothing inevitable about cultural conflict. Depending on conditions, diversity can be seen either as threatening or as a positive contribution towards the innovation and creativity that makes society and economies adapt successfully to new challenges in a globalized world.