BREXIT: Boris is cautious and Juncker as always optimistic 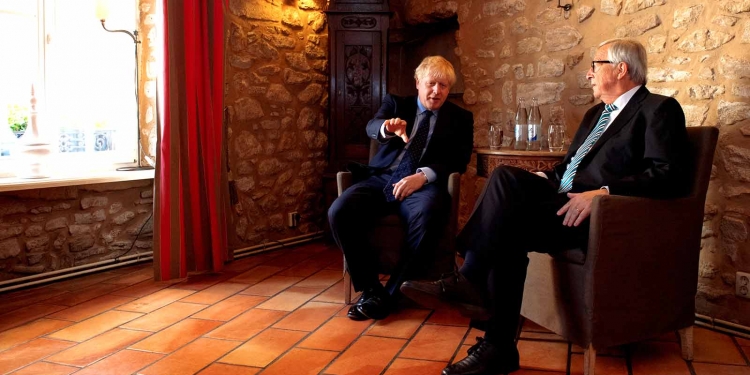 President Jean-Claude Juncker and UK Prime Minister Boris Johnson had a working lunch for BREXIT in Luxembourg. This was their first face-to-face discussion since Boris Johnson became UK prime minister. The aim of the meeting was to take stock of the ongoing technical talks between the EU and the UK and to discuss the next steps.

President Juncker recalled that it is the UK’s responsibility to come forward with legally operational solutions that are compatible with the Withdrawal Agreement. President Juncker underlined the Commission’s continued willingness and openness to examine whether such proposals meet the objectives of the backstop. Such proposals have not yet been made.

The Commission will remain available to work 24/7. The October European Council will be an important milestone in the process. The EU27 remain united.

Boris Johnson has said he is “cautious” about progress in Brexit talks.

DROP EVERYTHING. We got the menu wrong for @JunckerEU and @BorisJohnson! pic.twitter.com/l6pjo5PAYA

President Juncker will travel to Strasbourg later today and will address the Plenary session of the European Parliament on Wednesday morning.

Last week President Juncker called Britons part time Europeans, as he prepares to step down from his role. Team Juncker will be replaced by Ursula von der Leyen and her new European Commission team.