It is obvious that the Brexit choice to close itself off from the European single market will damage Britain’s economy. Can we count or estimate now the damage of Brexit to the British Economy?

UK month-on-month economic growth turns negative as ongoing Brexit fears bite harder. In June 2016, Former Prime Minister David Cameron called for the referendum and the UK voted for Brexit. Two and a half years on UK seems stuck. The Brexit negotiations have reached a deadlock.

Who’s in charge of Brexit?

The objective of all negotiations is to agree the terms of the UK’s departure from the EU in an orderly manner.

The European Union reopening Brexit negotiations with the U.K. will “lead nowhere,” and would be like selling “illusions” to the British people
Bruno Le Maire – French Finance Minister

UK farmers are losing subsidies and then the leavers want no import tariff and no checks on the border. How does the best Brexit policy look like?
– Can a short delay or a no-deal Brexit scenario solve the problem?

Brexit is being partially blamed as Nissan revealed its new X-trail model will be made in Japan and not in Sunderland. In a letter to workers, it blames the impact of emissions controls and falling sales – but also said Brexit uncertainty is not helping the firm to “plan for the future”.
– Is Brexit responsible for everything?

It’s not the apocalypse – calm down!
Lord Ashcroft

The United Kingdom is unable to formally negotiate trade agreements with other countries prior to 29 March 2019. The UK is expected to reach trade deals with European Union and third parties within 2-10 years post Brexit. 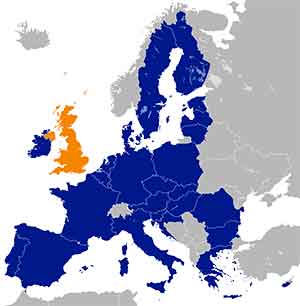 If Parliament continues to reject the EU-UK Withdrawal Agreement, then the default position is for the UK to leave the EU in March 2019 with no deal.

Theresa May vows to deliver Brexit on time but she could only hold further Brexit talks and negotiations.

Brexit: Can a no-deal Brexit be stopped?

The issue of the Irish backstop, that she negotiated but her parliament rejected in a crushing vote will not protect UK from Brexit damaging consequences.

– Is Brexit responsible for everything?
– Can a short Brexit delay solve the problem?