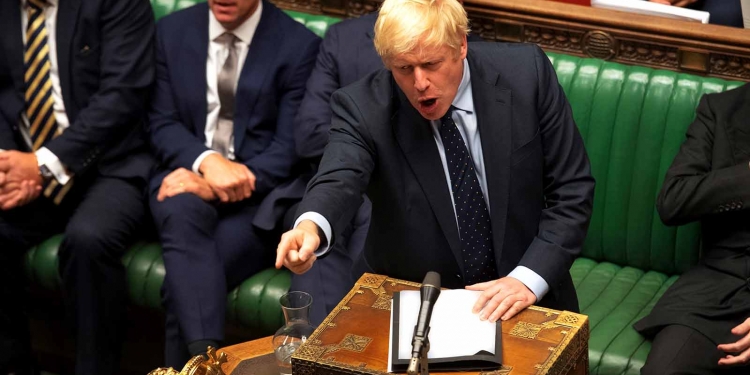 Watch LIVE the last chance to prevent a disorderly exit. Boris Johnson to table motion for election after failed vote yesterday! The PM faces a showdown in Parliament as rebel and opposition MPs aim to Debate Brexit and take control of the agenda to stop a no-deal exit.

Boris Johnson has announced he will ask today parliament to allow a snap general election, which would be held on 15 October. On the other hand the date of 14 October had been floated, but was deemed inappropriate as it is the Jewish holiday Sukkot.

British Prime Minister Boris Johnson has asked the Queen to suspend Parliament only weeks before the Brexit deadline.

“It is our last chance to seize this opportunity,” Jeremy Corbyn said at the beginning of a debate on the issue yesterday.

“If we do not act today we may not get another chance. Whether people voted leave or remain, they did not vote to shut down democracy.”

Politicians are trying to find the real story behind the UK BREXIT referendum. Boris Johnson says he will attempt to call an election after losing yesterday crucial Brexit debate!