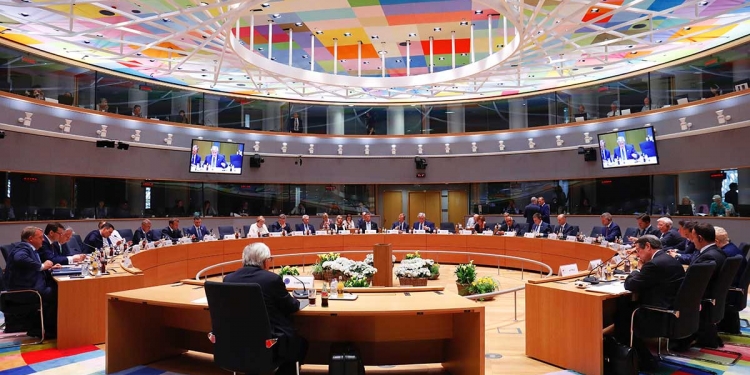 The EU has agreed to delay Brexit until 31 January 2020 at the latest, Donald Tusk has announced on twitter. European leaders agree extension to 31 January as Boris Johnson asked an extension for early general election on 12 December.

President of the European Council

The EU27 has agreed that it will accept the UK’s request for a Brexit flextension until 31 January 2020. The decision is expected to be formalised through a written procedure.

The EU27 has agreed that it will accept the UK’s request for a #Brexit flextension until 31 January 2020. The decision is expected to be formalised through a written procedure.

Boris Johnson requested an extension after Parliament failed to agree a Brexit deal. UK prime Minister was telling “do or die” to leave by 31 October. The UK was due to leave the EU on Thursday.

The extension request has just arrived with many positive reactions!

Good news. Now the immediate risk of a catastrophic no-deal has been removed – it’s time to give the British public the final say on Brexit. #FinalSay
https://t.co/YODUXOUhO8

It is confirmed by the EU that we will not be leaving on the 31st Oct @BorisJohnson has failed to take us off the cliff edge, he has been defeated again. Let us have the election @thesnp will do its job and put across our message that those in Scotland should decide our future

I keep seeing this sort of gag (and yes, OK, ho ho ho), but if, say, MF comes out and says that he doesn’t blame Boris and that it is instead all the fault of those Remainer swine, it’ll be the sort of elite cue that we know is so important in determining how voters respond. https://t.co/7PHjZhbiTk

Looks like the Lib Dem and Tory pact of 2010 is being re-established. They are back together, selling out the People’s Vote campaign and the cross party campaign to prevent a no deal. The Lib Dems will stop at nothing to get their ministerial cars back.

In the last 10 days I’ve addressed a #PeoplesVote March and tabled an Amendment to the Queen‘s Speech that would have given us a People’s Vote. Your leader did neither. Don’t lecture me about fighting for a People’s Vote. https://t.co/tT1V4ceE7o