BREXIT: The Clock is Ticking and we are wasting valuable time 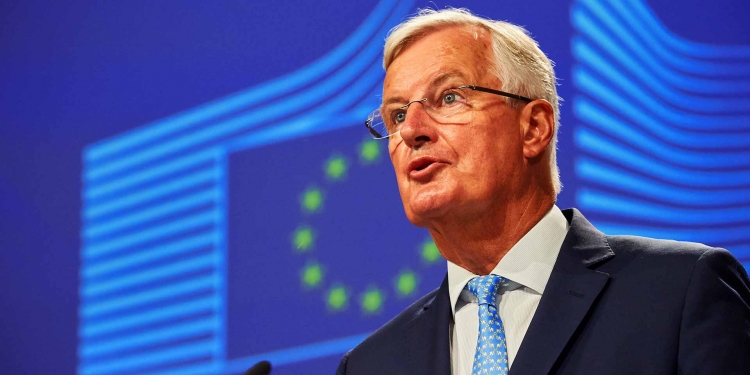 A Brexit agreement seems unlikely. The European Union’s chief Brexit negotiator Michel Barnier says nothing has changed. He mentioned that the Clock is Ticking with just over four months to go until a Brexit transition period expires. Brussels and London appear no closer to reach a deal. Barnier ‘disappointed and concerned’ once more by Brexit talks failure.

The Clock is Ticking

The latest 7th round of negotiations concluded with “little progress” on Friday 21st August. Barnier’s British counterpart, David Frost, described the latest talks as “useful” but also flagged that “there has been little progress.” Barnier told reporters in a Press Conference after the talks with the UK that “too often this week it felt as if we were going backwards more than forward.”.

Today at this stage, an agreement between the UK and the EU seems unlikely.
I simply do not understand why we are wasting valuable time.
Michel Barnier, EU Chief Brexit negotiator

Both sides noticed that time is running out to reach an agreement before an end-year deadline. “Those who were hoping for negotiations to move swiftly forward this week will have been disappointed,” the EU’s chief negotiator told at the Press conference after the two full days of negotiations in Brussels. He added that “The British negotiators have not shown any real willingness to move forward on issues of fundamental importance for the European Union and this despite the flexibility which we have shown over recent months.”

Both EU and Britain have previously indicated they want a Brexit deal before October. In this case it could be approved by parliaments before the transition period expires on December 31. After this last july round of negotiations, Frost, said the EU had listening to some of its concerns, “notably on the role of the Court of Justice” but warned that “considerable gaps remained” on fisheries and the level-playing field. “There can’t be any surprise concerning the EU’s priorities because they have been the same since 2017,” Michel Barnier said. “We will continue to patiently repeat them until the end.”

On fisheries we have made no progress whatsoever
Michel Barnier

Can Brexit be like a Canada style WTO trade Deal?

The transition period ends on 31 December and, if a deal will not be ready, the UK would have to trade with the EU counting on WTO (World Trade Organization) terms. This means most UK goods will be subject to tariffs like all other EU – third countries.

EU Chief Negotiator declared himself “surprised” at the “emotion” in the UK over post-Brexit transport rights. Also he mentioned “A modern trade policy must contribute to upholding or even raising rights and standards.“

A CETA Canada-style agreement removes tariffs and does not oblige close adherence to EU rules. Frost said that United Kingdom is “seeking a relationship which ensures we regain sovereign control of our own laws, borders, and waters, and centred upon a relationship based on an FTA like those the EU has concluded with a range of other international partners” to be supplement with “practical arrangements of cooperation” in other areas. Michel Barnier has previously said that such a deal would be difficult due to the UK‘s geographical proximity.

United Kingdom can not “Pick and Choose”. “We are prepared for all options. I’m still determined but not optimistic,“
Barnier May 2020

Mr Barnier accused once more the UK side of “wasting valuable time”, suggesting the draft text was “useful” like all other documents but downplaying its significance in reaching any agreement. “Too often this week it felt as if we were going backwards more than forwards,” he said.

The next round of negotiations starts September 7.