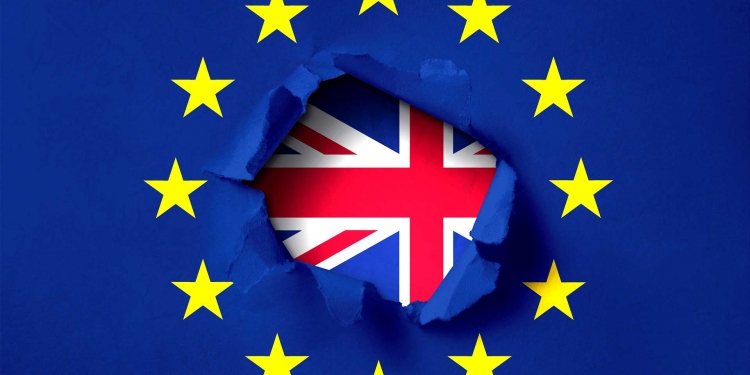 The €5 billion Brexit Adjustment Reserve will offer funds to countries and sectors worst-hit by the effect of the United Kingdom’s departure from Europe. Even if the European Union and the United Kingdom concluded a highly ambitious trade deal, there will be a big gap for many economic sectors. The United Kingdom’s withdrawal from the EU acquis, the internal market and the Customs Union, at the end of the transition period will inevitably create barriers to trade and cross-border exchanges that do not exist today.

There will be broad and far-reaching consequences for public administrations, businesses and citizens as of 1 January 2021, regardless of the outcome of negotiations. These changes are unavoidable and stakeholders must make sure they are ready for them.

The European Commission has put forward its proposal for a Brexit Adjustment Reserve. The European Council in July agreed to help counter the adverse economic and social consequences. At the end of the transition period on 31 December 2020, Member States and sectors will get support to face Brexit effects. The support will have an overall budget of €5 billion. The Reserve will support businesses and employment in affected sectors. It will assist regions and local communities, including those dependent on fishing activities in UK waters. The Brexit Adjustment Reserve can also assist public administrations for the proper functioning of border, customs, sanitary and phytosanitary controls. It will support also essential services to the citizens and companies.

The end of the transition period on 31 December 2020 will have an important economic and social impact on regions and local communities that are most linked to the UK’s economy and trade.

Elisa Ferreira added: “By proposing the Brexit Adjustment Reserve, the Commission puts again solidarity and cohesion as key elements of its response, making sure that those most impacted receive the necessary support.“

We designed this Reserve to provide swift and uncomplicated help, focusing on those EU Member States most adversely affected by Brexit.

Commissioner for Budget and Administration Johannes Hahn added: ”I now count on the Council and the European Parliament to convert our proposal into concrete financial support without delay. Of course, adapting structurally to our new relationship with the UK will require much more long-term adjustment than this reserve alone will ever be able to provide. The powerful new EU budget will support this work.”

The Brexit Adjustment Reserve will be rapid and flexible. It will cover expenditure in any Member State over a period of 30 months. It will be distributed in two rounds:

The Reserve can support measures such as:

The proposed Regulation on Brexit Adjustment Reserve will have to get the green light and positive vote by the Parliament and the Council.

The United Kingdom left the European Union on 1 February 2020. Even with the new EU-UK Trade and Cooperation Agreement in place, there will be big changes at the end of the transition period on 1 January 2021. On that date, the UK will leave the EU Single Market and Customs Union. Also UK will leave all EU policies and international agreements. It will put an end to the free movement of persons, goods, services and capital with the EU.

“We will have to rebuild a partnership with the United Kingdom, which will remain a great country that is a friend, ally and neighbour”

What next for the EU-UK FTA?

The EU and the UK will form two separate markets; two distinct regulatory and legal spaces. This will recreate barriers to trade in goods and services. Cross-border mobility will face difficalties and exchanges in both directions, affecting public administrations, businesses, citizens and stakeholders on both sides. This will have broad and far-reaching consequences for businesses, citizens and public administrations. The Commission has been working with the Member States and their administrations to help preparations and boost readiness. The European Council conclusions include a Brexit Reserve agreement at its special meeting of 17-21 July 2020. Commission had to provide for the establishment of a new special Brexit Adjustment Reserve. EU Council wanted a plan ‘to counter unforeseen and adverse consequences in Member States and sectors that are worst affected’.

EU Chief negotiator Michel Barnier has started briefing EU Ambassadors on the Brexit Deal. EU member states will now start reviewing the 1.246 pages of the agreement and continue with this daunting exercise during the next few days.

The end of the transition period will inevitably create barriers to trade and cross-border exchanges. The €5 billion Brexit Adjustment Reserve will offer funds to countries and sectors worst-hit by the effect of the United Kingdom’s departure from Europe.

What is the Brexit Adjustment Reserve?

The Brexit Adjustment Reserve will provide support to Member States, regions and sectors. In particular those that are worst affected by the adverse consequences of the withdrawal of the UK from the Union, mitigating thus its impact on economic, social and territorial cohesion. It will contribute to specific measures set up by the Member States. The Brexit Adjustement Reserve will help businesses and economic sectors, workers, regions and local communities suffering from the impact of the end of transition period.

Why is a Brexit Adjustement Reserve needed?

Even with the new EU-UK Trade and Cooperation Agreement in place, there will be big changes on 1 January 2021. On that date, the UK will leave the EU Single Market and Customs Union, as well as all EU policies and international agreements. It will put an end to the free movement of persons, goods, services and capital with the EU.

The EU and the UK will form two separate markets; two distinct regulatory and legal spaces. This will recreate barriers to trade in goods and services and to cross-border mobility and exchanges that have not existed for decades – in both directions, affecting public administrations, businesses, citizens and stakeholders on both sides.

The Reserve will cover all Member States. Its allocation method, architecture and functioning are designed in order to allow the concentration on those that are worst affected.

How much money will it make available?

The maximum amount available will be €5 billion (in 2018/constant prices; EUR 5.37 billion in current prices). It will be a special instrument outside of the EU budget ceilings of the Multiannual Financial Framework 2021-2027.

How will the Brexit Adjustment Reserve be distributed?

The support will be disbursed in two allocation rounds. The first, more substantial one will be activated in 2021 in the form of pre-financing. An amount per Member State will be determined based on an allocation key taking into account the relative degree of economic integration with the UK, including trade in goods and services. An additional amount will be allocated to reflect the losses that some Member States will suffer from the limitations in accessing the UK waters for fishing activities.

The second payment round will be disbursed in 2024. The second phase will be in the form of additional contribution based on the expenditure incurred and declared to the Commission. This round will take into account the use of the pre-financing. If this expenditure exceeds both the amount of the pre-financing and 0.06% of the nominal GNI of 2021, the Member States will receive an additional amount from the Brexit Adjustement Reserve.

What types of measures will the Brexit Adjustment Reserve finance and over what period of time?

The Reserve will support measures specifically set up in relation to the withdrawal of the UK from the Union. They can include the following:

The eligibility period for the expenditure starts on 1 July 2020 and will run for 30 months. Brexit Adjustement Reserve will give the possibility and the flexibility to the Member States to design and implement the necessary measures aimed at stemming the immediate impact of the withdrawal.

Will the fisheries sector receive support from the Brexit Adjustment Reserve?

It is clear that the withdrawal of the UK from the EU poses specific risks to the fisheries sector. This economic loss comes in terms of less favourable access to the UK waters. The proposal reflects this reality in the way the resources of the first disbursement are allocated among Member States. It is up to Member States to design the support measures targeting the sectors and communities most affected.

How will the Commission and the Member States make sure that the resources are spent efficiently and effectively?

The budget allocated to the Reserve will be implemented under shared management with the Member States. It will run guaranteeing full respect of the principles of sound financial management, transparency and non-discrimination. Also the budget of Brexit Adjustement Reserve will respect the absence of conflict of interest. The Commission’s proposal sets out clearly the responsibilities for the Member States and a set of requirements for the bodies responsible for the management and control. The proposal sets audit of the financial contribution under the Brexit Adjustment Reserve. In doing so, it strikes the right balance between legality and regularity of expenditure. Also it secures simplification. It ensures that the Brexit Adjustment Reserve will be available as soon as possible. It will address the immediate consequences of the withdrawal.

In addition, in order to avoid extra financial and administrative burdens on the Member States, Member States could also roll over existing systems already used for the management and control of cohesion policy funding or the European Union Solidarity Fund.