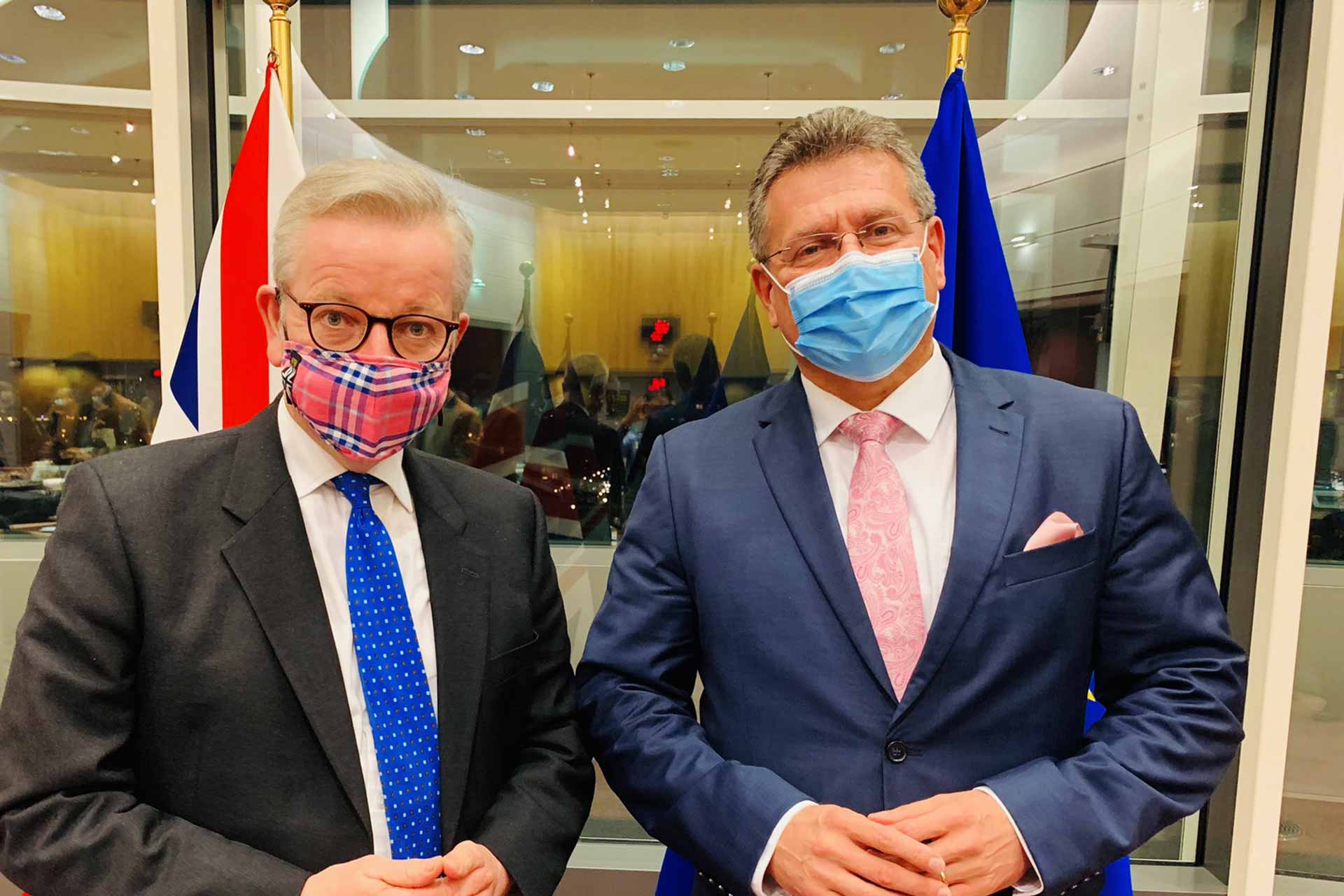 European Commission Vice-President Maroš Šefčovič said that he is pleased to announce a Brexit agreement on outstanding aspects of the Withdrawal Agreement. The WA implementation: Given the limited time before the transition period ends, it was key to reach mutually agreed solutions. I also welcome that the UK will withdraw contentious parts of its Internal Market Bill & not introduce any similar provisions in its Taxation Bill.

EU has confirmed it will withdraw controversial measures which rules the Brexit divorce deal. In a joint statement on Tuesday, the EU-UK Joint Committee said that “an agreement in principle” had been reached on all issues. In view of these “mutually-agreed solutions”, the UK Government will withdraw clauses 44, 45 and 47 of the UK Internal Market Bill – which could have overridden the Withdrawal Agreement – and it will not introduce any similar provisions in the Taxation Bill.

The joint statement of the Brexit Deal agreement

The joint statement by Maros Sefcovic and Michael Gove said: “Following intensive and constructive work over the past weeks by the EU and the UK, the two co-chairs can now announce their agreement in principle on all issues, in particular with regard to the Protocol on Ireland and Northern Ireland.”

The co-chairs of the EU-UK Joint Committee – European Commission Vice-President Maroš Šefčovič and the UK Chancellor of the Duchy of Lancaster, the Rt Hon Michael Gove – yesterday held a political meeting to address the outstanding issues related to the implementation of the Withdrawal Agreement. Ensuring that the Withdrawal Agreement, in particular the Protocol on Ireland and Northern Ireland, is fully operational at the end of the transition period, i.e. as of 1 January 2021, is essential. The Protocol protects the Good Friday (Belfast) Agreement in all its dimensions, maintaining peace, stability and prosperity on the island of Ireland.

Intensive and constructive work for the agreement

Following intensive and constructive work over the past weeks by the EU and the UK, the two co-chairs can now announce their agreement in principle on all issues, in particular with regard to the Protocol on Ireland and Northern Ireland.

An agreement in principle has been found in the following areas, amongst others: Border Control Posts/Entry Points specifically for checks on animals, plants and derived products, export declarations, the supply of medicines, the supply of chilled meats, and other food products to supermarkets, and a clarification on the application of State aid under the terms of the Protocol.

The parties have also reached an agreement in principle with respect to the decisions the Joint Committee has to take before 1 January 2021. In particular, this concerns the practical arrangements regarding the EU’s presence in Northern Ireland when UK authorities implement checks and controls under the Protocol, determining criteria for goods to be considered “not at risk” of entering the EU when moving from Great Britain to Northern Ireland, the exemption of agricultural and fish subsidies from State aid rules, the finalisation of the list of chairpersons of the arbitration panel for the dispute settlement mechanism so that the arbitration panel can start operating as of next year, as well as the correction of errors and omissions in Annex 2 of the Protocol.

In view of these mutually agreed solutions, the UK will withdraw clauses 44, 45 and 47 of the UK Internal Market Bill, and not introduce any similar provisions in the Taxation Bill.

This agreement in principle and the resulting draft texts will now be subject to respective internal procedures in the EU and in the UK. Once this is done, a fifth regular meeting of the EU-UK Joint Committee will be convened to formally adopt them. This will take place in the coming days and before the end of the year.

Minister Simon Coveney welcomes the positive news this afternoon from the EU-UK Joint Committee, that agreement in principle has been reached on the outstanding issues on the implementation of the Protocol on Ireland & Northern Ireland. Irish foreign affairs minister said it was positive news that agreement in principle. He said: “Of particular significance is the commitment by the UK to withdraw clauses 44, 45 and 47 of the Internal Market Bill, bringing it back into line with its obligations under the Withdrawal Agreement.

“I look forward to an early meeting of the EU-UK Joint Committee, chaired by commission Vice President Maros Sefcovic and Michael Gove, to formalise the agreements reached. I hope this may also provide some of the positive momentum necessary to instil confidence and trust and allow progress in the wider context of the future relationship negotiations.”