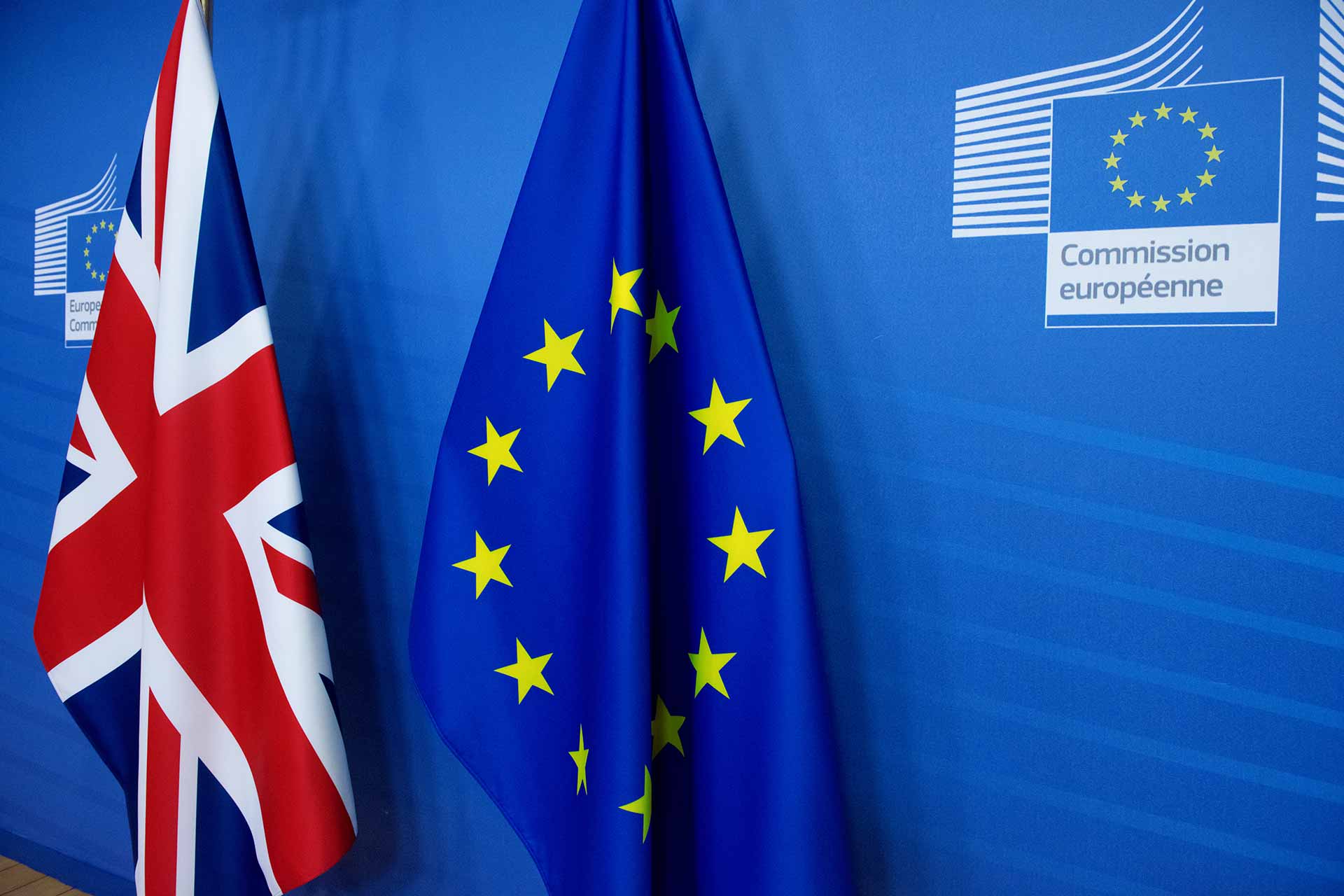 After intensive negotiations, European Commission has reached an agreement, a good trade deal with the United Kingdom leaving Brexit behind. EU-UK agreed on a trade deal and on the terms of future cooperation.

President of the European Commission, Ursula von der Leyen said: “It was worth fighting for this deal because we now have a fair and balanced agreement with the UK, which will protect our European interests, ensure fair competition, and provide much needed predictability for our fishing communities. Finally, we can leave Brexit behind us and look to the future. Europe is now moving on.”

The European Commission’s Chief Negotiator, Michel Barnier, said: “We have now come to the end of a very intensive four-year period, particularly over the past nine months, during which we negotiated the UK’s orderly withdrawal from the EU and a brand new partnership, which we have finally agreed today. The protection of our interests has been front and centre throughout these negotiations and I am pleased that we have managed to do so. It is now for the European Parliament and the Council to have their say on this agreement.”

A new economic and social partnership with the United Kingdom

We have got a good deal to show for it.

A new partnership for our citizens’ security

The Trade Deal and Cooperation Agreement establishes a new framework for law enforcement and judicial cooperation in criminal and civil law matters. It recognises the need for strong cooperation between national police and judicial authorities, in particular for fighting and prosecuting cross-border crime and terrorism. It builds new operational capabilities, taking account of the fact that the UK, as a non-EU member outside of the Schengen area, will not have the same facilities as before. The security cooperation can be suspended in case of violations by the UK of its commitment for continued adherence to the European Convention of Human Rights and its domestic enforcement.

A horizontal agreement on Governance

A framework that stands the test of time

Foreign policy, external security and defence cooperation is not covered by the Agreement as the UK did not want to negotiate this matter. As of 1 January 2021, there will therefore be no framework in place between the UK and the EU to develop and coordinate joint responses to foreign policy challenges, for instance the imposition of sanctions on third country nationals or economies.

The Trade Deal and Cooperation Agreement covers a number of areas that are in the EU’s interest. Trade Deal goes well beyond traditional free trade agreements and provides a solid basis for preserving our longstanding friendship and cooperation. It safeguards the integrity of the Single Market and the indivisibility of the Four Freedoms (people, goods, services and capital). The Trade Deal reflects the fact that the UK is leaving the EU’s ecosystem of common rules, supervision and enforcement mechanisms, and can therefore no longer enjoy the benefits of EU membership or the Single Market.  Nevertheless, the Agreement will by no means match the significant advantages that the UK enjoyed as a Member State of the EU.

Even with the new EU-UK Trade Deal and Cooperation Agreement in place, there will be big changes on 1 January 2021.

On that date, the UK will leave the EU Single Market and Customs Union, as well as all EU policies and international agreements. The free movement of persons, goods, services and capital between the UK and the EU will end.

The EU and the UK will form two separate markets; two distinct regulatory and legal spaces. This will create barriers to trade in goods and services and to cross-border mobility and exchanges that do not exist today – in both directions.

The Withdrawal Agreement remains in place, protecting amongst other things the rights of EU citizens and UK nationals, the EU’s financial interests, and crucially, peace and stability on the island of Ireland. The full and timely implementation of this agreement has been a key priority for the European Union.

Thanks to intensive discussions between the EU and the UK in the Joint Committee and the various Specialised Committees, the Withdrawal Agreement – and the Protocol on Ireland and Northern Ireland, in particular – will be implemented on 1 January.

On 17 December, the EU-UK Joint Committee met to endorse all formal decisions and other practical solutions related to the implementation of the Withdrawal Agreement. As part of these mutually agreed solutions, the UK has agreed to withdraw the contentious clauses of the UK Internal Market Bill, and will not introduce any similar provisions in the Taxation Bill.

The entry into application of the Trade Deal and Cooperation Agreement is a matter of special urgency.

The Commission will swiftly propose Council decisions on the signature and provisional application, and on the conclusion of the Agreement.

The Council, acting by the unanimity of all 27 Member States, will then need to adopt a decision authorising the signature of the Agreement and its provisional application as of 1 January 2021. Once this process will conclude, the Trade Deal and Cooperation Agreement between the EU and the UK can be formally signed.

The European Parliament will then give its consent to the Agreement. As a last step on the EU side, the Council must adopt the decision on the conclusion of the Agreement.

The clock is no longer ticking!

Statement by the President of the European Parliament David Sassoli and the Head of Parliament’s UK Coordination Group David McAllister on the agreement reached on future EU-UK relations.

“I welcome the fact that a deal has been reached today on the future relationship between the EU and UK which the Parliament will now scrutinise in detail. The Parliament thanks and congratulates the EU and UK negotiators for their intense efforts to reach, albeit at the last minute, this historic agreement. Although I still deeply regret the UK’s decision to leave the EU, I have always believed that a negotiated settlement is in the best interests of both sides. This deal can now form the basis for us to build a new partnership.

EU law will no longer apply in the UK

“In just a few days, EU law will no longer apply in the UK. The UK government was clear that it wants to leave the Single Market, Customs Union, and end free movement. Decisions have consequences – travel and trade between the EU and UK will not be as frictionless as before. It was also the choice of the UK government not to allow for a smoother transition by an extension of the deadline to reach an agreement.

“The Parliament welcomes the intense dialogue and unprecedented exchanges and unity between the EU institutions throughout the process. However, Parliament regrets that the duration of the negotiations and the last-minute nature of the agreement do not allow for proper parliamentary scrutiny before the end of the year. The Parliament is now ready to react responsibly to minimise disruption to citizens and businesses and prevent the chaos and negative consequences of a no-deal scenario. The Parliament will continue its work in the responsible committees and the full plenary before deciding whether to give consent in the new year.

“Parliament has been clear from the outset on our red lines and we have worked closely throughout the negotiations with the EU’s chief negotiator, Mr Michel Barnier, who had our full support. Parliament has consistently advocated for a fair and comprehensive agreement and we are confident that our priorities are reflected in this final deal. If the European Parliament decides to approve the agreement, it will monitor closely how it is implemented.

“We would like to thank Vice President Maroš Šefčovič for his work to ensure that the Withdrawal Agreement is fully and faithfully upheld. For Parliament, protecting citizens’ rights and avoiding a return to a hard border on the island of Ireland have always been the priority.

EU and the UK continue to share common values and interests

“Regardless of Brexit, the EU and the UK continue to share common values and interests. We are both Unions built on democracy and respect for the rule of law and we face many common challenges – from climate change to terrorism. This agreement is a starting point on which to build our new partnership,” concluded President Sassoli.

David McAllister (EPP, DE), the head of the UK Coordination Group and Chair of the Committee on Foreign Affairs added: “I would like to thank Michel Barnier for his patient and tireless work. This is the end of a long and difficult process four years after the British referendum. Many things will change for the UK, since it will no longer participate in our Single Market and Customs Union. The EU has achieved its main objective, namely to preserve our unique model of integration and stability as well as to protect the long-term interests of EU citizens and businesses.”

The clock is no longer ticking! ⏰

Do you believe in this Trade Deal? Is there a winner?