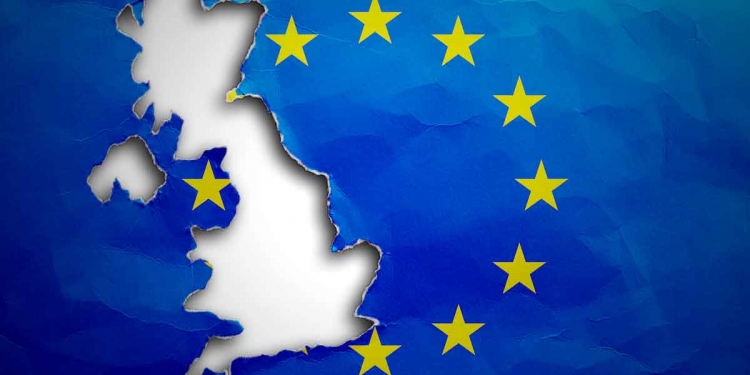 EU-UK relations are changing following Brexit and the deal reached at the end of 2020. How new Brexit deal will affect you? On 1 January 2021, the United Kingdom losτ all the rights and obligations it had as an EU Member State. Also all the rights it had during the transition period under the Withdrawal Agreement. It will no longer benefit from seamless access to the EU Single Market and Customs Union, or from EU policies and international agreements. United Kingdom will no longer benefit all European free trade agreements with other third countries.

The EU-UK Trade and Cooperation Agreement covers the following areas:

It is underpinned by provisions ensuring a level playing field and respect for fundamental rights. The Agreement will confer rights and obligations on both the EU and the UK, in full respect of their sovereignty and regulatory autonomy. It will be governed by an institutional framework on the operation and enforcement of the Agreement, as well as binding dispute settlement and enforcement mechanisms.

The EU-UK Agreement respects the principles set by the European Council in April 2017. This includes the need to protect the integrity of the Single Market, the indivisibility of its four freedoms, and the integrity of the EU’s legal order. The Brexit Deal ensures that a non-member does not enjoy the same benefits as what EU membership offers.

The UK left the EU on 31 January 2020. There was a transition period during which the UK remained part of the Single market and Customs Union to allow for negotiations on the future relations. Following intense negotiations, an agreement on future EU-UK relations was concluded end of December 2020. Although it will be provisionally applied, it will still need to be approved by the Parliament before it can formally enter into force. MEPs are currently scrutinising the text in the specialised parliamentary committees before voting on it during a plenary session.

This will create new barriers to trade in goods and services, and to cross-border mobility and exchanges that do not exist today – in both directions. While the new agreement will serve to limit disruptions compared to a situation without an agreement being in place, public administrations, businesses, citizens and stakeholders on both sides will inevitably be affected. The Commission has issued extensive guidance on how best to deal with these changes.

The withdrawal agreement already covers a big number of issues. The EU and the UK agreed them at the end of 2019. This agreement on the separation issues deals with the protection of the rights of EU citizens in the UK and UK citizens living in other parts of the EU. Also the UK’s financial commitments undertaken as a member state, as well as border issues, especially on the Isle of Ireland.

Living and working in the UK or the EU

EU citizens in the UK or UK citizens in an EU member state who were already living there before January 2021 are allowed to continue living and working where they are now provided they registered and were granted settlement permits by the national authorities of the member states or the UK.

For those UK citizens not already living in the EU, their right to live and work in any EU country apart from the Republic of Ireland (as the UK has a separate agreement with them) is not automatically granted and can be subject to restrictions. Also, they no longer have their qualifications automatically recognised in EU countries, which was previously the case.

For UK citizens wanting to visit or stay in the EU for more than 90 days for any reason need to meet the requirements for entry and stay for people from outside the EU. This also applies to UK citizens with a second home in the EU.

People from the EU wanting to move to the UK for a long-term stay or work – meaning more than six months – will need to meet the migration conditions set out by the UK government, including applying for a visa.

UK citizens can visit the EU for up to 90 days within any 180-day period without needing a visa.

EU citizens temporarily staying in the UK still benefit from emergency healthcare based on the European Health Insurance Card. For stays longer than six months, they need to pay a healthcare surcharge.

Pensioners continue to benefit from healthcare where they live. The country paying for their pension will reimburse the country of residence.

Trade in goods and services

With the agreement, goods exchanged between the UK and EU countries are not subject to tariffs or quotas. However, there are new procedures for moving goods to and from the UK. Border controls on the respect of the internal market rules (sanitary, security, social, environmental standard for example) or applicable UK regulation are in place. This means more red tape and additional costs. For example, all imports into the EU are subject to customs formalities while they must also meet all EU standards so they are subject to regulatory checks and controls. This does not apply to goods being moved between Northern Ireland and the EU.

Regarding services, UK companies no longer have the automatic right to offer services across the EU. If they want to continue operating in the EU, they will need to establish themselves here.

eudebates the consequences of Brexit for Europeans and EU-UK relations