Nicola Sturgeon: Scotland cannot be im-prisoned in the UK 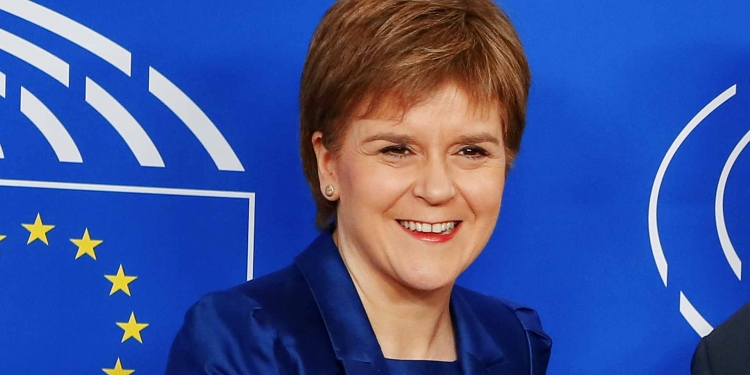 Nicola Sturgeon has declared that Scotland cannot be “imprisoned in the UK against its will”. She also warned Boris Johnson that the continued refusal for a second referendum can only increase support for Scottish independence.

Nicola Sturgeon First Minister of Scotland said on BBC: “It really is such a subversion of democracy that you’re talking to the leader of the party that overwhelmingly won the election [in Scotland], and I’m under pressure to say what I’m doing because the mandate that I won is not going to be honoured by the party that got roundly defeated in Scotland. It is just such perversion and subversion of democracy that it will not hold.”

You cannot hold Scotland in the union against its will.
Nicola Sturgeon

SNP’s success in the general election gives to Mrs Sturgeon a mandate to hold a new referendum on independence. In Scotland, the SNP increased its share of the vote to 45%, winning a greater proportion of the votes there than the Tories did across the UK, and also increased its number of MPs at Westminster to 47. In contrast, the Tories – whose campaign in Scotland was focused on opposition to a second independence referendum – lost more than half their Scottish MPs, dropping from 13 to six. The SNP won a landslide of Scottish seats in the snap general election, making gains from the Conservatives and Labour and unseating Lib Dem leader Jo Swinson.

Nicola Sturgeon First Minister of Scotland said: You cannot just lock us in a cupboard and turn the key and hope everything goes away. If the United Kingdom is to continue then it can only be by consent.

The Scottish government wants a referendum deal with UK ministers similar to that which underpinned the 2014 vote. The outcome is legal and legitimate – but are facing opposition from the UK government.