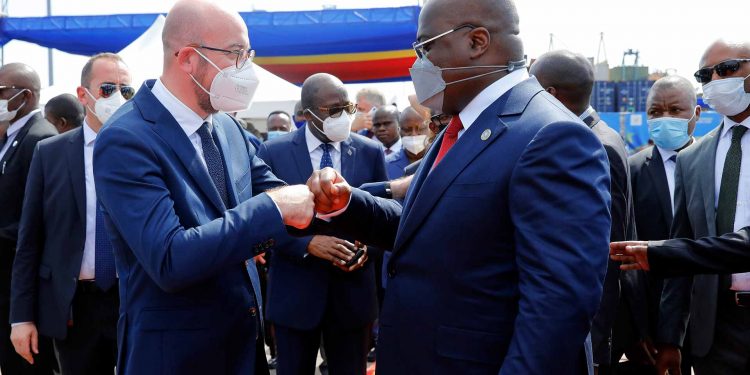 On 28 and 29 April President Michel was in Kinshasa, where he met with President Félix Tshisekedi, who is also the current chairperson of the African Union. President Michel expressed his support for further political reforms in the country and highlighted the strong partnership between the EU and the DRC.

The economic dimension is important, to make sure that we can invest in infrastructures, into the growth of the private sector, and to boost jobs.

The discussion between the two presidents also centered around regional and security issues, with a particular focus on the Sahel region and the conflicts in Chad, the Central African Republic and Ethiopia.

President Michel also met Bintou Keita, the UN Secretary General’s Special Representative in the DRC and Head of the United Nations Organization Stabilization Mission in the Democratic Republic of Congo (MONUSCO), which is particularly active in North Kivu, South Kivu and Ituri,  the regions most affected by conflict.

On 30 April, President Michel met with President João Lourenço in Luanda to discuss the EU-Africa partnership. “Angola is an important partner both to foster private sector investment and job creation and preserve regional stability,” the European Council President said. “We are committed to strengthening our partnership.”

President Michel also visited the COVAX centre in the capital, where he assured Angola of the EU’s support in fighting the pandemic.

Cooperation is key to defeating COVID-19. The EU has mobilised almost €2.5 billion for COVAX to provide vaccines around the world. Angola is no exception. We need to increase vaccine production to guarantee supplies to COVAX centres in Luanda.