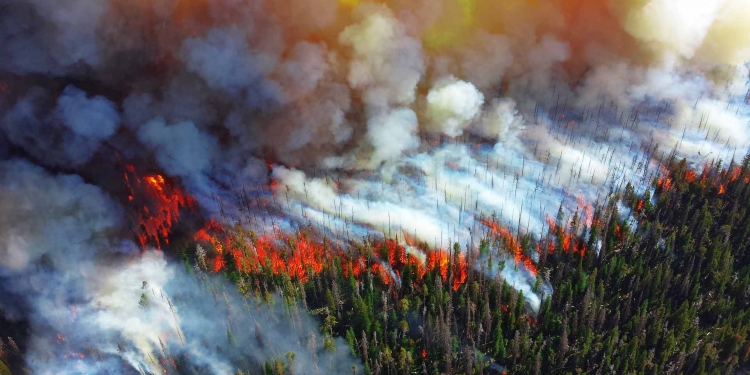 Tens of thousands of fires have been raging for weeks in the Amazon rainforest, the lungs of our planet. More than 900,000 hectares of forest have been destroyed this year alone. MEPs debate the implications of the fires and what Europe should do.

The forest fires in the Amazon region are an urgent global crisis which requires an effective international response. Close cooperation with the countries of the Amazon region is crucial. These countries, such as Brazil have the full right to lead the response but they need to live up to their commitments. I strongly appeal to the countries in the Amazon basin and their leaders for urgent action. We are ready to work together with Mr Bolsonaro and others.

During the plenary session of the European Parliament in Strasbourg, MEPs debate with the Council and the Commission on the situation and destruction of forests worldwide, as well as in the EU. In July, the Commission adopted a communication outlining action to protect and restore the world’s forests.

We need a carrot-stick approach with this issue. We should also as Europeans put our own hands up and say that we not always valued forests or biodiversity or done the right thing for the environment. And perhaps even from that place of humility we can work better with our colleagues in South America. Mairead McGuinness (EPP, IE)

How did the fire start at the Amazon?

The vast majority of these fires are human-lit.
Christian Poirier / Amazon Watch

What causes fire in forest?

Brazil has the biggest share of forest (60 per cent), which is home to more species than anywhere else on the planet. In other ecosystems, scientists say the wildfires burning in the Amazon are not natural.

Researchers have said there is nothing abnormal about the climate or rainfall amounts in the Amazon this year.

The dry season creates the favourable conditions for the use and spread of fire, but starting a fire is the work of humans, either deliberately or by accident
INPE research Alberto Setzer

Human activities like farming, mining and drilling are exacerbating the situation now.

Other countries working to fight climate change have started to take notice. Norway and Germany have pulled out of funding for projects to quell deforestation in Brazil.

Brazil’s president claims without evidence NGOs may be burning Amazon. Environmental groups have also not shied away from firing back at Bolsonaro. Also many are laying blame on President Bolsonaro, who cut the budget for the IBAMA – Brazil’s environmental agency – by 24 percent in April this year.

How much of the Amazon has burned?

Deforestation Fires Have Burned the Amazon for Decades!

Amazon Fires are raging through the Amazon rainforest in Brazil, reaching record levels as the number of fires is the highest in any year since 2010 according to NASA.

The vast amount of burned territory in the Amazon rainforest will have drastic effects on the environment. To start, the trees in the region produce 20% of the total oxygen in the atmosphere. In other words, forest trees destruction can rapidly accelerate global warming and increase the overall temperature of the planet.

The Amazon rainforest has been burning for weeks at a record rate – adding to an already alarming level of deforestation.

Are the Amazon fires a crime against humanity?

What can be done to help?
Join the eudebate!