Are Trump and EU doing the “right thing” for Venezuela? 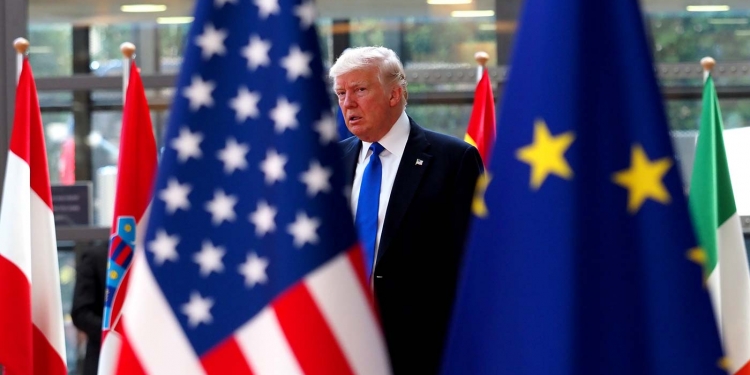 The EU deeply believes that a peaceful and inclusive democratic solution is the only sustainable way out of the current political impasse and the severe social crisis it has provoked.

The Corruption of Democracy in Venezuela

The EU considers that the presidential elections in May 2018 in Venezuela were neither free, fair, nor credible, lacking democratic legitimacy, and that the country urgently needs a government that truly represents the will of the Venezuelan people.

The socio-economic and political crisis in Venezuela is severely affecting the country’s citizens, who are faced with hyperinflation, food shortages, epidemic outbreaks, and a lack of access to basic services. More than three million have left Venezuela since 2015.

– How can Europe promote peace around the world?
European Union response to the crisis

In order to contribute to the emergence of a political and peaceful process, the EU set up an International Contact Group on Venezuela bringing together countries from the EU and from Latin America.

The EU deeply regrets that its call for ‘fresh presidential elections in accordance with internationally recognised democratic standards and the Venezuelan constitutional order’ was ignored and that President Maduro is today starting a new mandate on the basis of non-democratic elections.
High Representative Federica Mogherini on behalf of the EU – 10 January 2019

President of the Venezuelan National Assembly Juan Guaidó delivers a speech next to his wife Fabiana Rosales during a protest march against Nicolas Maduro’s Government, in Caracas, Venezuela. (01/02)

Venezuelan opposition leader Juan Guaido is recognized as Venezuela’s legal president by more than 30 countries, including the U.S.

US President Donald Trump has appealed directly to the Venezuelan military
On the other side, Moscow accuses Trump of sending special forces to Venezuela. (21/02/2019)

– Border Clashes near Venezuela’s border with Brazil. At least two people have been killed and several others injured.
– Venezuelan opposition leader Juan Guaido arrives at Colombia border side.
– Risking peace in Latin America.

– Venezuelans need Aid, not the Marines!
– Are Trump and EU doing the “right thing” for Venezuela?