Why EU has entered in World War of sanctions on Venezuela? 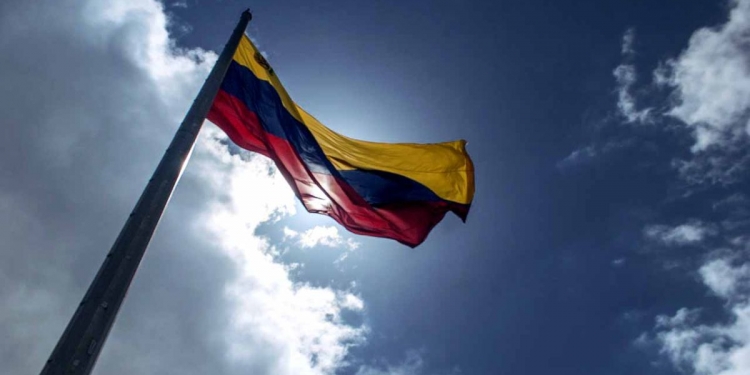 Last Monday the Council of the EU added 11 leading Venezuelan officials to sanctions list. This EU black list counts today 36 Venezuelan officials in total, because of their role in acts and decisions undermining democracy and the rule of law in Venezuela. Among the officials is legislator Luis Parra, who is backed by Maduro. He is contesting the leadership of the opposition-controlled Parliament.

Enough, enough. This is why I have decided to give 72 hours to the European Union ambassador in Caracas to leave our country, and we demand respect from the European Union.
Nicolás Maduro President of Venezuela

The EU called the court’s move illegitimate and declared Juan Guaidó is the rightful congressional president. The EU believes opposition leader Juan Guaido is the rightful congressional president. This decision came after Guaido election by the majority of members in January, not the court-approved Luis Parra. The individuals added to the list are responsible notably for acting against the democratic functioning of the National Assembly, including by stripping the parliamentary immunity of several members of its members, not least its president, Juan Guaidó.

Actions motivating the decision for listing also include initiating politically motivated prosecutions and creating obstacles to a political and democratic solution to the crisis in Venezuela, as well as serious violations of human rights and restrictions of fundamental freedoms, such as freedom of press and speech.

This decision brings to 36 the total number of individuals under sanctions, which include a travel ban and an asset freeze. These measures target individuals and do not affect the population in general. The EU will continue working to foster a peaceful democratic solution in Venezuela, through inclusive and credible legislative elections.

The Council decision follows up on four declarations issued by the High Representative on behalf of the EU on 21 December 2019, 9 January, 4 June and 16 June 2020. Restrictive measures by the EU on Venezuela were introduced in November 2017. They include an embargo on arms and on equipment for internal repression as well as a travel ban and an asset freeze on listed individuals. They are flexible and reversible and designed not to harm the Venezuelan population.

The Venezuelan Crisis is an ongoing socioeconomic and political crisis that began in Venezuela in June 2010 during the presidency of Hugo Chávez and has continued into the presidency of Nicolás Maduro. It is marked by hyperinflation, escalating starvation, disease, crime and mortality rates, resulting in massive emigration from the country.

Are Trump and EU doing the “right thing” for Venezuela?

Relations between Venezuela and the EU have been tense since 2017. Venezuela became the first Latin American country to receive sanctions from the EU, including an arms embargo.

United States leads the pressure to remove Maduro and backs Juan Guaidó. President Trump threatens Nicolas Maduro with ‘crippling’ measures and rolls out red carpet for Venezuela opposition leader. In a surprise intervention, Donald Trump has said he would not rule out using military force as Venezuela descends further into civil unrest.

Venezuela’s Defense Minister Vladimir Padrino Lopez has warned US last Tuesday that the country’s armed forces are ready. Vladimir Padrino Lopez said Venezuela is ready to respond to any American provocation. This reaction came after a U.S. warship came within 30 miles of the country’s coast on Tuesday. The warship did not enter the 12-nautical mile zone internationally recognized as Venezuela’s territorial limit.

Defense Minister of Venezuela Vladimir Padrino Lopez claimed Wednesday that the mission was a direct provocation. He also warned further action would be met with “a worthy response,” according to the EFE news agency.

For the moment, Nicolas Maduro remains in power with control over the military and international support from allies including China, Russia, Iran and Cuba.

The U.S. has been trying for months to cut off fuel shipments to and from Venezuela. For two months, an oil tanker named Alkimos has been blocked in the Gulf Coast of Texas, as a result of American sanctions on Venezuela. Trump administration has sanctioned more than 50 vessels found violating sanctions. This month it added five Iranian captains to a list of individuals blocked from doing business with the U.S.

On the other hand, the Alkimos tanker belongs to Brujo Finance Company, a company in the Marshall Islands. Its operator, whose name and corporate logo on the ship, is Capital Ship Management, which operates a fleet of 54 tankers. Capital’s chairman Mr. Marinakis is the Greek owner of football clubs Olympiakos in Greece and Nottingham Forest in England.

The global tanker market is growing anxious as the US is considering imposing additional sanctions on oil tankers that have recently loaded oil from Venezuela. US seeks to put a stranglehold on Venezuela oil revenues and EU has entered in this World “War”.

How can Europe promote peace around the world?