Myanmar: Do not use violence & force against demonstrators 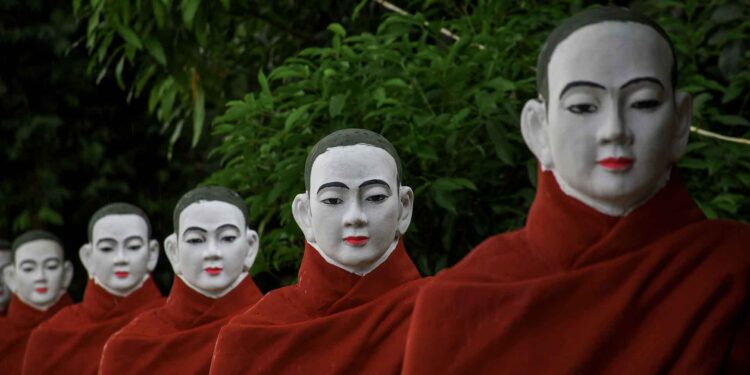 The United Nations in Myanmar has voiced strong concerns over reported use of force by security forces against demonstrators. They were protesting the military takeover and arrests of elected leaders and politicians. “I call on the security forces to respect human rights and fundamental freedoms, including the right to peaceful assembly and freedom of expression”, Ola Almgren, UN Resident Coordinator and Humanitarian Coordinator in Myanmar, said in a news release.

The use of disproportionate force against demonstrators is unacceptable.

The UN office in the country cited reports from capital Nay Pyi Taw, Mandalay and other cities, of numerous demonstrators having been injured, some of them seriously, by security forces in connection with the ongoing protests and Myanmar demonstrators.

Mr. Almgren reiterated UN Secretary-General António Guterres’ call on the military leadership to respect the will of the people of Myanmar and adhere to democratic norms, with any differences to be resolved through peaceful dialogue with Myanmar demonstrators.

Over the weekend, the UN human rights office (OHCHR) also called on the security forces in Myanmar to ensure people’s right to peaceful assembly is fully respected and that demonstrations are not subjected to reprisals. The military takeover, last Monday, followed escalating tensions between the military and the government after the November 2020 elections, which was won by Aung San Suu Kyi-led National League for Democracy (NLD).

The polls were only the second democratic elections in Myanmar since the end of nearly five decades of military rule.

The UN Children’s Fund UNICEF released a statement on Tuesday through it’s office in Yangon, expressing deep concern regarding the impact of the crisis in Myanmar on children’s wellbeing, and reminded all parties of their obligations to uphold all children’s rights as enshrined in the Convention on the Rights of the Child (CRC), to which Myanmar is a State Party, and under its own Child Rights Law enacted in July 2019.

These rights include the rights to protection, participation, peaceful assembly and freedom of expression.

“In the context of ongoing demonstrations and current events, and reports of injuries, some potentially fatal, UNICEF calls on all actors, including security forces, to exercise the utmost restraint, to resolve differences through constructive and peaceful means, and to prioritize the protection and safety of children and young people as they express their opinions.”

Meanwhile, the Human Rights Council – the highest UN intergovernmental forum on matters related to human rights – will meet for a special session on Friday, to discuss the rights implications of the crisis in Myanmar.

The special session is being convened following an official request by the United Kingdom and the European Union, according to the Human Rights Council (HRC). “The request said the special session was needed because of ‘the importance and urgency of the situation’,” the HRC said on Monday. Due to the coronavirus pandemic, the special session will take place in a mainly virtual format.

In order for a special session to be convened, the support of one-third of HRC’s 47 members – 16 or more – is required. As of Tuesday, the request has been supported by 19 States members of the Council; 28 observer States also backed the call.