Myanmar: EU agrees to slap sanctions. “No place” for coups! 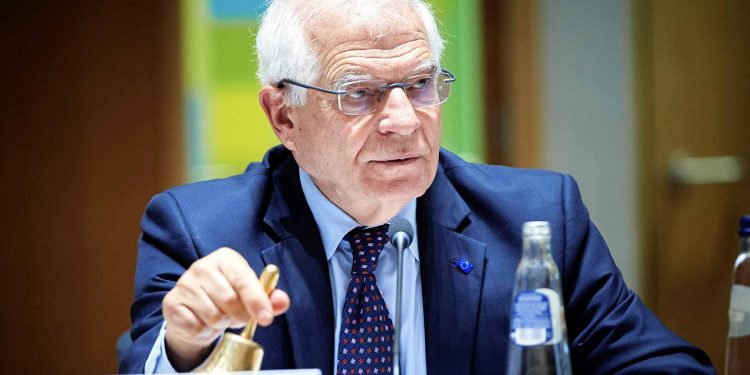 European Union strongly condemns the military Myanmar coup and unacceptable violence against peaceful political demonstrators. The democratic transition was reversed by the military coup on 1st February, which deposed the still legitimate leader of the country, State Counsellor Daw Aung San Suu Kyi. People are being killed in the demonstrations.

Today, we have decided a set of targeted measures with Ministers in response to these events. We took the political agreement to apply sanctions targeting the military responsible for the coup and their economic interests.

Coups have no place in our modern world

On the opening day of a new UN Human Rights Council session on Monday, UN Secretary-General António Guterres reiterated his “full support to the people of Myanmar”, three weeks after the military takeover that has brought thousands out onto the streets in protest. “Coups have no place in our modern world”, Mr. Guterres said in a pre-recorded video address at the Council’s 46th regular session, his comments coming after the forum held a special session on 12 February, in which it adopted a resolution expressing deep concern at the junta’s move.

“Today, I call on the Myanmar military to stop the repression immediately”, the UN chief continued. “Release the prisoners. End the violence. Respect human rights and the will of the people expressed in recent elections. I welcome the resolution of the Human Rights Council, pledge to implement your request, and express my full support to the people of Myanmar in their pursuit of democracy, peace, human rights and the rule of law.”

Mr. Guterres’s comments followed his censure at the weekend of the use of “deadly force” in Myanmar, in which a protester – reportedly 14 years old – was killed in Mandalay, along with one other. Also addressing the Council at the start of its month-long session, which is being held almost entirely remotely to prevent the spread of COVID-19, UN High Commissioner for Human Rights, Michelle Bachelet, focused on the massive and negative impact of pandemic.

“I think we all realise that the use of force will not end this pandemic. Sending critics to jail will not end this pandemic. Illegitimate restrictions on public freedoms, the overreach of emergency powers and unnecessary or excessive use of force are not just unhelpful and unprincipled. They deter public participation in decision-making, which is the foundation of sound policy-making.”