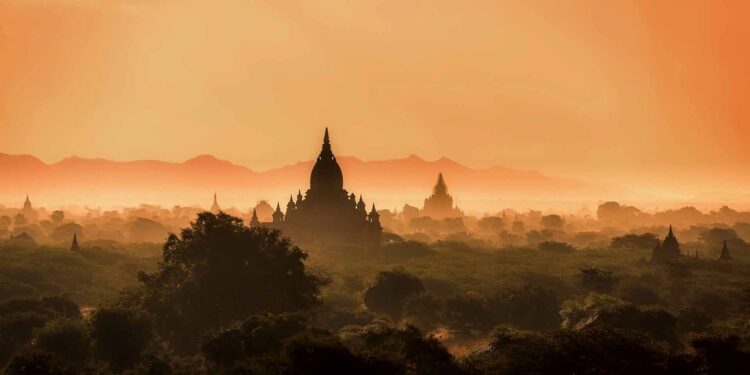 The United Nations independent human rights expert has called on the Security Council for “decisive and unified action” to support people of Myanmar, against the military junta, including targeted sanctions and an arms embargo. In a news release on Thursday, Special Rapporteur Tom Andrews also urged the Council for a referral of the situation in Myanmar to the International Criminal Court “to investigate and prosecute atrocities committed since the coup on 1 February and those committed against ethnic groups in years prior”.

“Every day the military junta in Myanmar unleashes more brutality on peaceful protesters who are standing up for justice, human rights and democracy, defending their nation against this illegal military coup”, he said. “While the future of Myanmar will be determined by its people, the international community must act urgently and decisively to support them.”

Myanmar: EU agrees to slap sanctions. “No place” for coups!

The UN human rights office (OHCHR) has verified that, as of Thursday, at least 54 people have been killed in protests since the military takeover last month. Hundreds more have been wounded, and over 1,700 arbitrarily arrested and detained. The independent expert’s call comes ahead of a closed door meeting of the Security Council, on Friday, on the situation in the country. The Special Envoy of the Secretary-General on Myanmar, Christine Schraner Burgener, is expected to brief the meeting that is scheduled to start at 10 am (EST; GMT-5).

‘Deny recognition of the military junta’

The Special Rapporteur also called on Myanmar’s humanitarian and development donors to work directly with local civil society and aid organizations whenever possible, to “directly support populations rather than through centralized mechanisms that are now controlled by the junta”.

He urged Member States “to deny recognition of the military junta as the legitimate government representing the people of Myanmar precisely because they are not”.

Mr. Andrews also praised the people of Myanmar in their movement for democracy and human rights.

“Many have seen the gruesome photos and videos of people being killed or beaten or brutally arrested by police and army personnel on the streets of Myanmar … despite these attacks, and the grave danger that they face, the people of Myanmar continue to rise up as a diverse yet powerfully unified whole”, he said.

“I sincerely hope that the international community will rise to the occasion of this moment of history by following the lead and the inspiration of the people of Myanmar. And, that justice, dignity and human rights will finally prevail for all.”

Do not use violence & force against demonstrators

Detailing the rights situation with people of Myanmar

Also on Thursday, Mr. Andrews issued his report to the Human Rights Council, in which he detailed how the Myanmar military, known as the Tatmadaw, illegally overthrew the civilian government and proceeded to attack the people of Myanmar by committing the crimes of murder, assault and arbitrary detention.

In the report, the Special Rapporteur also provided information on human rights violations preceding the coup, and showed that throughout the 2020, the military violated the International Court of Justice’s order to protect the Rohingya from further killings, assaults, torture and other crimes.

It also noted that “despite the order, Myanmar security forces continued to murder, torture, and fire indiscriminately on Rohingya civilians, while continuing to deny them equal access to citizenship rights”, the news release added.

The report is scheduled to be discussed by the Human Rights Council – the highest UN intergovernmental forum on matters related to human rights – on 11 March.

The Special Rapporteur for people of Myanmar

Special Rapporteurs are part of the Special Procedures of the Human Rights Council. Independent of any government or organization, they work on a voluntary basis. They are not UN staff members and do not receive a salary.

The mandate of the Special Rapporteur on the situation of human rights in Myanmar was established by the then Commission on Human Rights in 1992. It was broadened in 2014 and 2016.

eudebates with people of Myanmar