Supporting the future of Syria and the region – Brussels III Conference 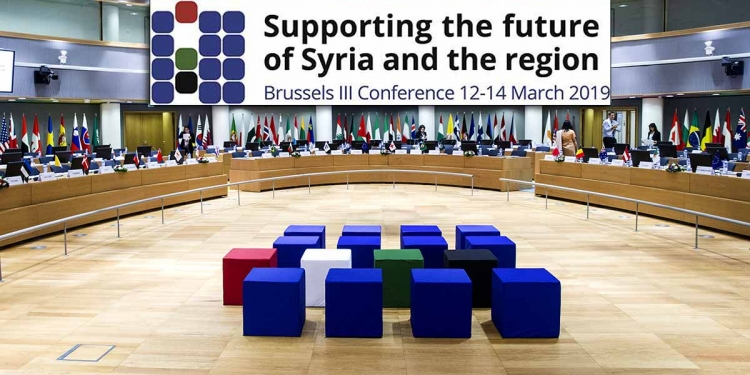 The EU and the UN will co-chair the third conference on ‘Supporting the future of Syria and the region’, which will take place in Brussels on 12-14 March 2019. The conference will seek to further mobilise the international community behind efforts to support the Syrian people and achieve a lasting political solution to the Syria crisis, in line with UN Security Council Resolution 2254. 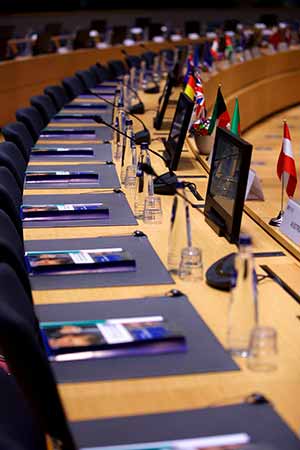 The conference will kick off with one and a half days of dialogue on 12 and 13 March 2019 bringing together more than 1000 participants: civil society representatives from Syria and the region, ministers and decision-makers from countries neighbouring Syria, donor countries, regional organisations, UN agencies, and the Red Cross and Red Crescent Movement.

Together, they will discuss key themes affecting the Syrian people and the international response to the crisis. This one and a half day event will take place in the hemicycle of the European Parliament.

The outcome of this dialogue will feed into the foreign ministers’ conference on 14 March in the Council’s Europa building. This last day will gather Foreign Ministers for a political discussion on the multiple aspects of the Syria crisis and the pledging part of the conference. 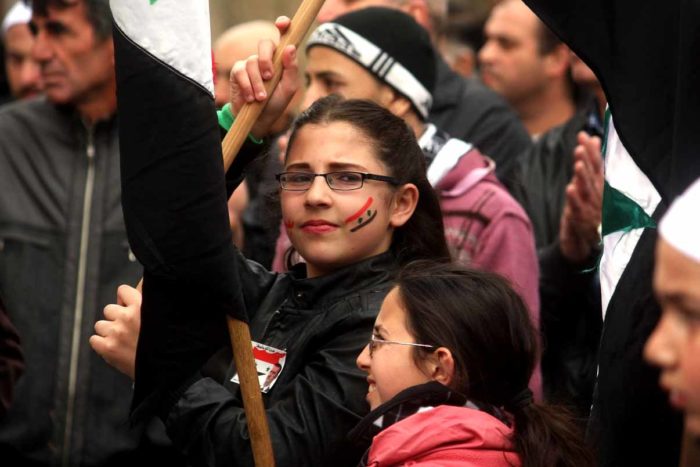 On the same occasion, there will be a photo exhibition on the European Parliament Esplanade, displaying portraits of Syrian, Iraqi, Jordanian and Lebanese beneficiaries of EU projects funded by EU Trust Fund in Response to the Syria Crisis, which will run until 18 March.

On the evening of Tuesday 12 March, the concert “Common ground: singing for Syria” will take place at Lagrange Points (Galerie Ravenstein 19). This interactive musical experience will feature the Syrian singer Khaled al Hafez amongst others.

On the evening of Wednesday 13 March, the High Representative Federica Mogherini and UN Special Envoy for Syria Geir Pedersen will host a dinner with Syrian women. It will bring together leading female figures of Syria’s civil society, foreign ministers as well as EU and UN representatives. The dinner will be a unique opportunity to hear the perspectives of Syrian women regarding the future of their country. This event will take place in Palais d’Egmont. 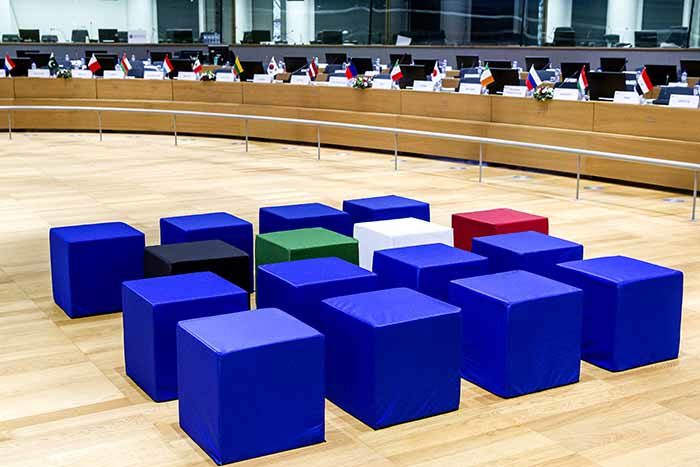 We have already had exchanges with the new UN Special Envoy for Syria [Geir Pedersen] on how to use this conference not only for a humanitarian pledge that we want to keep as high as possible on the international and European agenda, but also for defining how we can support a political transition in Syria and the UN role in this respect.
Federica Mogherini, High Representative for Foreign Affairs and Security Policy, 1 February 2019

Building on the two previous editions, the conference will address the most critical humanitarian and resilience issues affecting Syrians and communities hosting Syrian refugees, both inside the country and in the region. Specific attention will be placed on hearing the perspectives of Syrian women.

The conference will reaffirm the international community’s political and financial support for Syria’s neighbours, in particular Lebanon, Jordan and Turkey. Iraq and Egypt’s efforts will also be highlighted.

It will also be the main pledging event for Syria and the region in 2019.

This year hundreds of Syrian, regional and international NGOs and civil society organisations will gather in Brussels as part of the conference’s days of dialogue.

Join the Syria Debate!
Debating Syria’s war and the future of peace again!