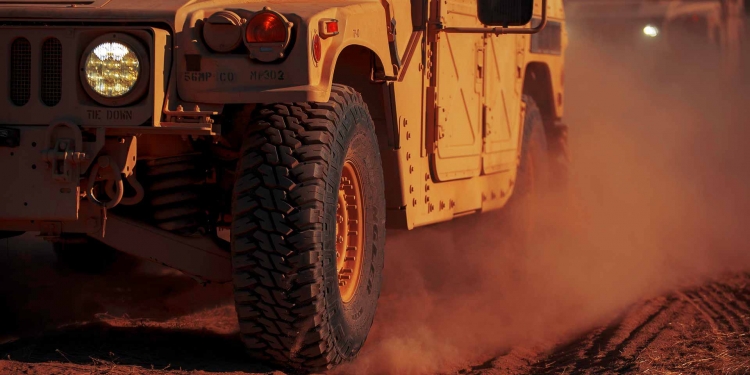 U.S. President Donald Trump shifts US Syria war policy and gives green light to Erdogan for invasion. The United States began withdrawing American troops from Syria’s border with Turkey. At the same time Turkish President Tayyip Erdogan said that he is ready for its long-planned military operation to create what it calls a “safe zone” in northern Syria.

“The United States was supposed to be in Syria for 30 days, that was many years ago. We stayed and got deeper and deeper into battle with no aim in sight. When I arrived in Washington, ISIS was running rampant in the area. We quickly defeated 100% of the ISIS Caliphate”

The United States was supposed to be in Syria for 30 days, that was many years ago. We stayed and got deeper and deeper into battle with no aim in sight. When I arrived in Washington, ISIS was running rampant in the area. We quickly defeated 100% of the ISIS Caliphate,…..

Eight years after the outbreak of the conflict, the situation in Syria is still critical, with millions of Syrians displaced and in need of protection and humanitarian assistance. The potential for violence remains high.

We know very well that what happens in Syria is closely linked to the security, stability and also the economic development of Europe itself.
Federica Mogherini, EU High Representative – Vice-President

Donald Trump clears Turkish operation in Syria war against Kurds. A few days ago he threatened Europeans to “release” ISIS fighters into Europe.

“The United States Government has pressed France, Germany, and other European nations, from which many captured ISIS fighters came, to take them back, but they did not want them and refused. The United States will not hold them for what could be many years and great cost to the United States taxpayer,” it said.

….including capturing thousands of ISIS fighters, mostly from Europe. But Europe did not want them back, they said you keep them USA! I said “NO, we did you a great favor and now you want us to hold them in U.S. prisons at tremendous cost. They are yours for trials.” They…..

White House press secretary Stephanie Grisham first announced that the U.S. would withdraw from the Syrian-Turkish border. The statement also said “Turkey will now be responsible for all ISIS fighters in the area captured over the past two years.”

….almost 3 years, but it is time for us to get out of these ridiculous Endless Wars, many of them tribal, and bring our soldiers home. WE WILL FIGHT WHERE IT IS TO OUR BENEFIT, AND ONLY FIGHT TO WIN. Turkey, Europe, Syria, Iran, Iraq, Russia and the Kurds will now have to…..

A Syrian Kurdish official said in a statement to NBC News that the U.S. has “abandoned us to a Turkish massacre.”

We can no longer fight against isis and have to defend ourselves. This could allow isis to return to the region!
Syrian Kurdish official

Turkey and Syria Kurdish soldiers have been U.S. allies in efforts to battle ISIS in the region. Now Trump is heavily criticized even by his Republican Senator Lindsey Graham. In apparent response to that hard criticism, Trump threatens again Turkish economy.

US President Donald Trump has threatened Turkey with economic destruction. “If Turkey does anything that I consider taboo in my great and incomparable wisdom. I will completely destroy and annihilate the Turkish economy.” he wrote on Twitter. He did not clarify what exactly would violate his “wisdom”.

As I have stated strongly before, and just to reiterate, if Turkey does anything that I, in my great and unmatched wisdom, consider to be off limits, I will totally destroy and obliterate the Economy of Turkey (I’ve done before!). They must, with Europe and others, watch over…