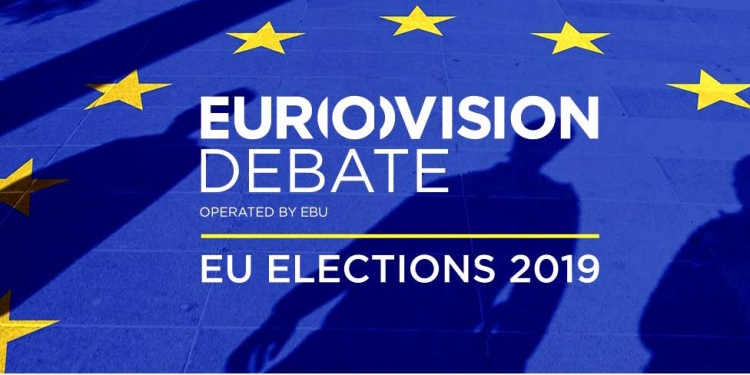 Who will be the next president of the European Commission? Presidential Debate 2019 and lead candidates from European political parties take part in a live Eurovision debate at the Parliament in Brussels from 21.00 CET on 15 May.

The European Broadcasting Union (EBU) holds a ‘Spitzenkandidate’ TV debate, in other words, a live television Eurovision debate between candidates for the presidency of the European Commission, on May 15th at the European Parliament in Brussels. Two TV moderators that will host the debate night drew the speaking order and the place of the lead candidates.

A speaking order had been pre-determined, meaning the candidates will express themselves as follows: Order of appearance on stage & of opening statements: 1 / 2 / 3 / 4 / 5 / 6 and order for the 3 thematic discussions.

Get Ready and Join #EUdebate