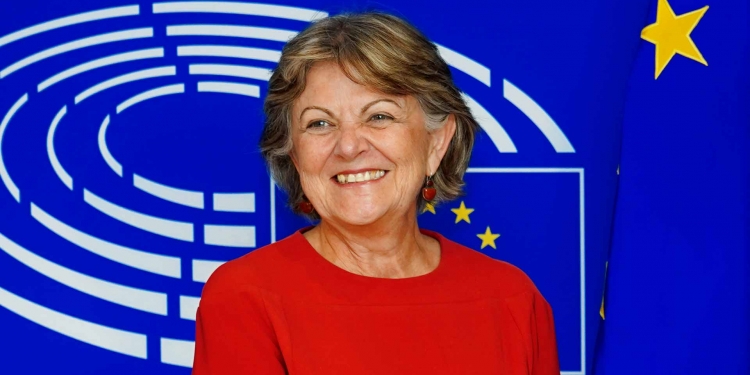 Who is Elisa Ferreira?

Elisa Maria da Costa Guimarães Ferreira is a Portuguese politician and economist. She is the current vice-governor of the Bank of Portugal. She served as Member of the European Parliament (MEP) for the Socialist Party, part of the Party of European Socialists between 2004 and 2016.

In June 2016, Elisa Ferreira resigned from the European Parliament after she was nominated by the Portuguese Government to join the board of directors of the Bank of Portugal. Her place took Manuel dos Santos.

Rapporteur (coordinator) of the European Parliament’s position on various legislative proposals related to the financial system as well as on several economic, budgetary and tax policy matters. Rapporteur, inter alia, of the proposal for a Regulation of the European Parliament and of the Council establishing uniform rules and a uniform procedure for the resolution of credit institutions and certain investment firms in the framework of the Single Resolution Mechanism (SRM) and a Single Resolution Fund (SRF) (2014), two regulations of the “Two Pack” and the “Six Pack” – Common provisions for monitoring and assessing draft budgetary plans and ensuring the correction of excessive deficit of the Member States in the euro area (2012), and Prevention and correction of macroeconomic imbalances (2011), on Tax Rulings and other measures similar in nature or effect (2015) and on Cross-border crisis management in the banking sector (2010).

Executive vice-president of the Associação Industrial Portuense (Porto industrial association) (1992-1994); Vice-President of the Comissão de Coordenação da Região Norte (north region coordination commission) (1989-1992), which she joined in 1979. Member of the Administration Board of the Instituto Nacional de Estatística (Statistics Portugal) – (1989-1992).

After the hearing by the Committee on Regional Development (REGI), the EP committee prepares an evaluation letter on the candidate. Parliament will vote on the new Commission as a whole on 23 October.