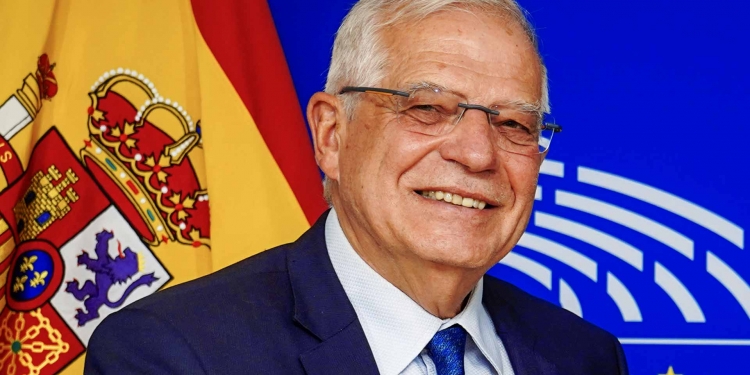 Who is Josep Borrell Fontelles?

Josep Borrell Fontelles is a Spanish politician. He is a member of the Spanish Socialist Workers’ Party (PSOE). Borrell serves as Minister of Foreign Affairs, European Union and Cooperation of the Government of Spain since 2018.

Born and raised in the Catalan village of La Pobla de Segur, Borrell, aeronautical engineer and economist by training as well as professor of mathematics, entered politics in the 1970s. He was PSOE member during Spain’s transition to democracy and went on to serve in several prominent positions during the governments of Felipe González. He started from the Ministry of Economy and Finance (1982–1984) and Secretary of State for Finance (1984–1991). Josep Borrell joins then the Council of Ministers as Minister of Public Works and Transport (1991–1996).

In the opposition after the 1996 election, Borrell unexpectedly won the PSOE primary in 1998 and was the designated prime ministerial candidate of the party until resigning in 1999, then relocated to European politics, becoming MEP during the 2004–2009 legislative period and serving as President of the European Parliament for the first half of the term.

He returned to the Spanish Council of Ministers in June 2018, when he was appointed Minister of Foreign Affairs, the European Union and Cooperation in the Sánchez government.

After the hearing by the Committee on Foreign Affairs (AFET)​​​​​​​, the committee prepares an evaluation letter on the candidate. Parliament will vote on the new Commission as a whole on 23 October.