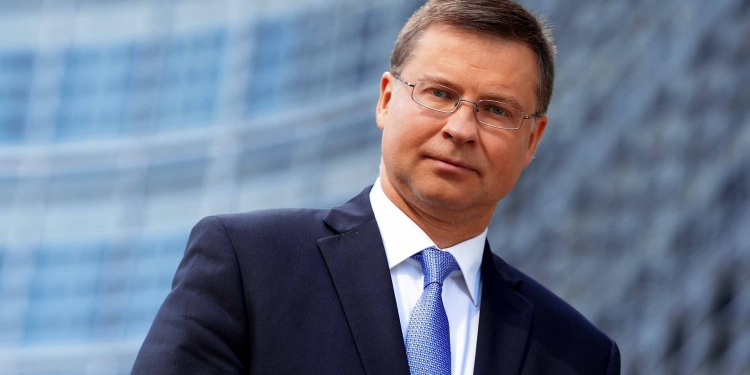 LIVE Hearings today with Valdis Dombrovskis Executive Vice-President for Financial services – An Economy that Works for People. Valdis Dombrovskis is heard by the Committee on Economic and Monetary Affairs (ECON) and the Committee on Employment and Social Affairs (EMPL) of the European Parliament​​​​​​​​​​​​​​ for a hearing to test his general competences. Members of the European Parliament in Brussels test his European commitment and specific expertise related to his portfolio.

Who is Valdis Dombrovskis?

Valdis Dombrovskis is a Latvian politician. He serves as Vice-President for the Euro and Social Dialogue from 2014 to 2019, and also concurrently as European Commissioner for Financial Stability, Financial Services and Capital Markets Union from 2016 to 2019.

Dombrovskis served as Prime Minister of Latvia from 2009 until 2014, when he resigned. He served as Minister of Finance from 2002 to 2004 and was a Member of the European Parliament for the New Era Party. Following the resignation of Jonathan Hill, it was announced that Dombrovskis will take over the portfolio for Financial Stability, Financial Services and the Capital Markets Union from 16 July 2016.

I am pleased to be entrusted with the role of Executive Vice-president for An Economy that Works for People. It will be an honour to work under the leadership of @vonderleyen for the benefit of all Europeans. pic.twitter.com/ApTbYWWI2g

After the hearing by the Committee on Economic and Monetary Affairs (ECON) and the Committee on Employment and Social Affairs (EMPL) of the European Parliament​​​​​​​, the committees prepare an evaluation letter on the candidate. Parliament will vote on the new Commission as a whole on 23 October.