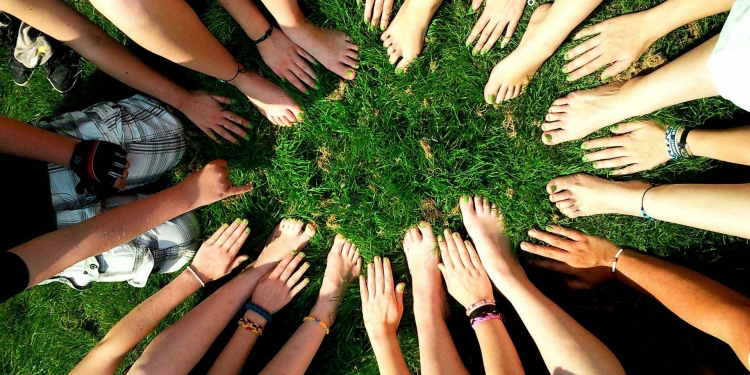 Millennials are a powerful force and they could change Politics. It exceeds one-quarter of the population and today is the most diverse generation. Millennials have no problem with political participation; they just do it in different ways and in different places from their parents. As they in turn become the leaders of tomorrow, this will transform the political landscape.

Millennials want leaders who do politics differentlyand thay are more interested in fixing problems than political fighting. On the other hand data from the last reports shows a sharp decrease in the turnout of young people voting. Even more worryingly, the gap between the participation of the oldest generation and the youngest one is widening. Young people are creating the greatest amount of social change. But in a world of young people glued to their screens, how will we fare?

We should not expect the millennial generation to become like us

Millennials are politically aware. Against repeated prejudices, they know of political parties and they recognise leading politicians. But they are not interested in politics of today. There are three main reasons for it. First, they think that contemporary politics exposes weakness. It is feebler than the economy, which on the other had they see as more of determining their future. Secondly, they don’t trust politicians. They admit that the traditional parties, and among them progressives, show a high degree of professional competence – but they point out that they lack social skills. They do not listen to the people, and especially not to the young ones. Thirdly, they are open in saying that therefore politics does not excite or mobilise them, however the vast majority of them announce a readiness to vote – should elections take place tomorrow. What it means is that they are more likely cast their ballots in favour of those who are not the part of the existing system. The only way to win their hearts back is for the progressives to profoundly change and become yet again a trustworthy voice of the opposition, which demands primacy of politics and understands that its legitimacy comes from abiding by the principles of political representation.

Following a narrow victory by those voting for the United Kingdom to leave the European Union, recriminations about who’s to blame are flying in the Remain camp. Younger voters overwhelmingly voted to stay in the EU and have pointed the finger at their parents’ and grandparents’ generations who were the main force behind Leave.

Polls show that a majority of the youth trust EU institutions. On the other hand, the low level of interest of young people for the European elections only creates a new paradox of old habits. As little as 27.8% of the youngest generation (18-24 years old) voted for their MEPs in 2014. Moreover, the large gap between the participation of the youngest and the oldest age groups is striking, to say the least – a valid source of concern for the European institutions. In fact, as young people hold more positive attitudes towards the EU than older generations, their absence at the polling stations actually rewards parties that are more critical of EU integration.

The Europe of Millennials – Maroš Šefčovič

Youth participation in EU Elections is falling and one thing is certain:
The Union needs its youth back – its opinions, ideas and energy, in order to stay strong.