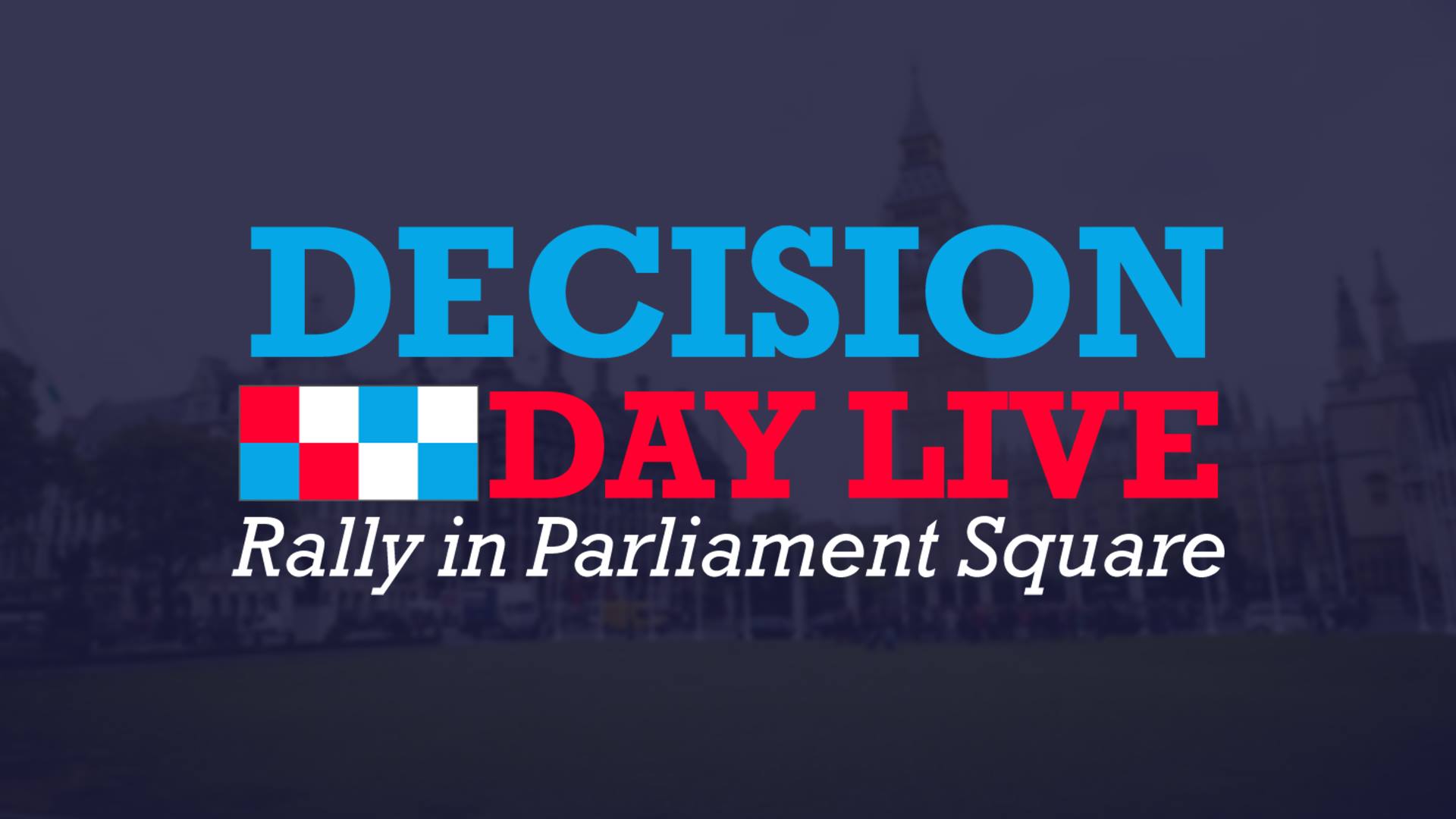 After months of lobbying this Tuesday the MPs will finally VOTE and decide whether or not to accept the government’s BREXIT deal.
Tuesday – 15th January – Live from 4pm.

MPs in Parliament will make their final decision on Brexit. Watch the debates on BREMAIN and the option for a new referendum on the EU!

WATCH: As the warnings of a disastrous ‘no deal’ Brexit start to pile up, don’t forget that leading Brextremists said that getting a Brexit deal ‘would be easy’.

Don’t let them get away with it. Please RT this so everybody knows: pic.twitter.com/Z5A4vq7K8w