Data Flows: The Legal and Practical Realities in a Changing Europe 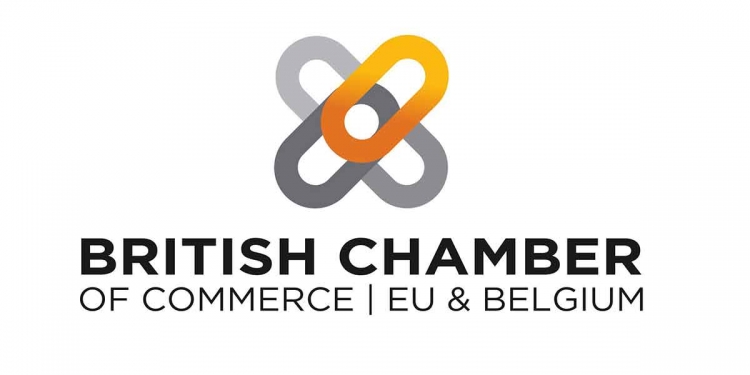 The use of data and data movement is becoming an increasingly important topic, particularly considering the UK’s departure from the EU. The free flow of data is vital to companies across the globe and with the EU establishing new trade deals with countries such as Japan, governments must ensure that consumers stay protected, however the necessary information must still be able to move across borders.

This event will address some of the big data questions such as:
– What is the future of the free flow of personal data between the EU and third countries post GDPR? Are companies aware of the legal and practical realities?
– With different states operating in different structures,will a more global structure exist in the future with more countries following the same rules?
– Are the EU and UK prepared for a No Deal? How much will Brexit impact data flows?

Vivienne is the Chief Privacy Officer of Refinitiv (formed from the Financial and Risk business of Thomson Reuters) since November 2017, based in London, leading the global Privacy Team and overseeing global privacy strategy and practice. Previously, Vivienne was a Managing Director and Global Head of Privacy Legal and Head of International for the Intellectual Property and Technology Law Group at Citi in the General Counsel’s Office in London. Prior to joining Citi in 2000, Vivienne worked in private practice in London. Vivienne chairs the International Regulatory Strategy Group Data Working Group and is on the Board of Directors of the International Association of Privacy Professionals (IAPP), having previously served on IAPP European Advisory Board and been co-chair of the IAPP Knowledge Net for the UK. Until recently, Vivienne was the chair of the AFME Data Protection Working Group, and participated in the UK Finance Data Protection Working Group. Vivienne is also on the Business and Law Advisory Board of St Mary’s University in the UK. Vivienne is the current President of Women in Banking and Finance, having been awarded the “Champion for Women” Award at the Women in Banking and Finance Awards for Achievement 2016. Vivienne has many years of experience leading a broad range of diversity initiatives and groups both within firms and across sectors.

Steve took up the position of Deputy Commissioner – Policy in June 2017. He is responsible for leading the work of the Policy Directorate, ensuring delivery of ICO strategic goals through stakeholder liaison, guidance, research, international activity and technology policy. Prior to this appointment, Steve was Head of International Strategy and Intelligence, responsible for overseeing the ICO’s international strategy, the ICO’s intelligence hub and management of high profile cases. During 2016 Steve was Acting Deputy Commissioner. His previous ICO roles have included Head of Policy Delivery and Assistant Commissioner for FOI policy. Before joining the ICO Steve was a Senior Lecturer in Information Management at Liverpool John Moores University.

Mr Gencarelli heads the International data flows and protection Unit at the European Commission (DG Justice and Consumers). In the past years, he led the Commission’s work in the area of data protection, as regards both new legislation and international negotiations. He notably headed the Commission’s delegation in the interinstitutional negotiations with the European Parliament and the Council that resulted in the adoption of the EU data protection reform (“General Data Protection Regulation” and “Law Enforcement Directive”). He was also one of the lead negotiators of the EU-US Privacy Shield and “Umbrella Agreement”. He recently negotiated the mutual adequacy arrangement with Japan. Mr Gencarelli previously served as a member of the European Commission’s Legal Service and as an assistant (référendaire) to a judge at the European Court of Justice after having practiced law in the private sector. He holds degrees in law and political science, and teaches EU Competition Law at Sciences Po Paris. He is the author of numerous publications on EU law.

Christian is the Head of the Private Office of the European Data Protection Supervisor. He advises the EDPS and Assistant EDPS on legal and policy developments in the EU as well as providing support on strategic planning and communications. He has led the EDPS project on strengthening the links between the enforcement of privacy, competition and consumer law in the digital economy and society, including the setting up the Digital Clearinghouse to bring together regulators to discuss cross-cutting issues like big data mergers and unfair terms, pricing and discrimination online. He has been responsible for EDPS opinions on a range of issues, including digital ethics and the reform of the data protection framework. Previously in the European Commission, Christian drafted and negotiated the EU’s first internal security strategy and carried out the evaluation and the review of the data retention directive. Before moving to Brussels in 2008, Christian advised the Lord Chief Justice of England and Wales on senior judicial appointments, succession planning and constitutional reform matters. In the UK Ministry of Justice, he was project manager of the implementation of a new system for handing complaints and disciplinary matters in the judiciary. Prior to this, for several years he was private secretary to the Chairman of the Labour Party and to the Leader of the House of Lords.

This event is held under the Chatham House Rule.
It aims to provide anonymity to speakers and to encourage openness and the sharing of information. It is now used throughout the world as an aid to free discussion. When a meeting, or part thereof, is held under the Chatham House Rule, participants are free to use the information received, but neither the identity nor the affiliation of the speaker(s), nor that of any other participant, may be revealed.