Socialist Leaders united in demand for action – Saving Europe Together 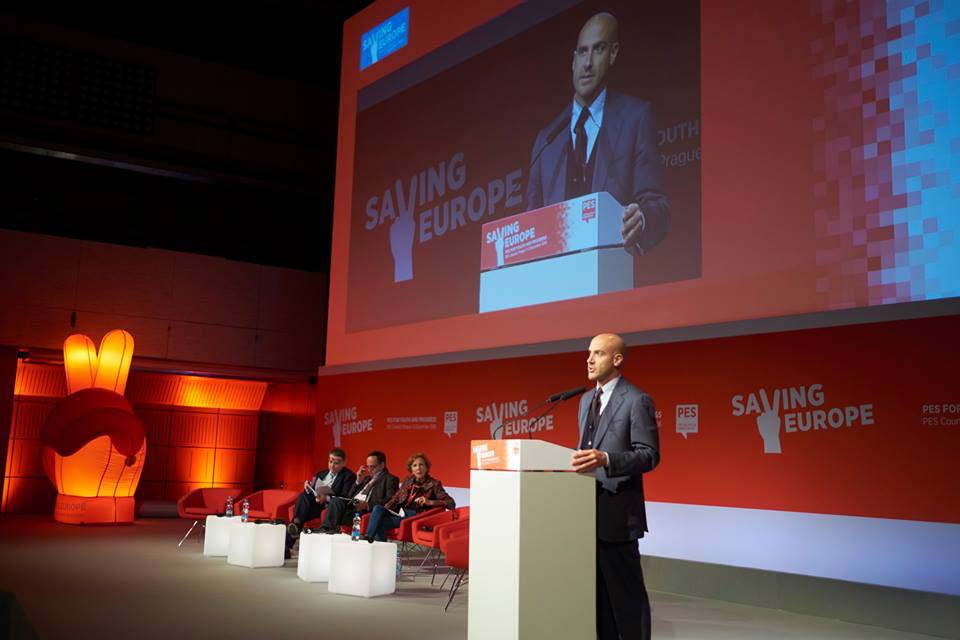 Socialist and social democrats leaders from Europe came together in Prague in calls for urgent action at the 2016 PES Council.

“We must draw a line here. The time for words, the time for flag-waving has passed.

“We must act on inequality, on poverty, on youth rights – and we must do it now, or we risk being viewed simply as part of the establishment.” He was joined in a press conference by the Czech Prime Minister Bohuslav Sobotka, German vice-chancellor Sigmar Gabriel, Slovakian Prime Minister Robert Fico and, by UK Labour leader Jeremy Corbyn.

Party of European Socialists is live now in Prague #PESinPrague

German vice-chancellor took the opportunity to thank both the PES and the Czech Prime Minister Sobotka hosting the PES Council in Prague in such challenging times for the European Union.

“It is important that the European socialists and democrats together are here and now”,

Gabriel said. Speaking about the rise of the populist right in Britain and elsewhere, Mr Corbyn said:

“They are political parasites feeding on people’s concerns and worsening conditions, blaming the most vulnerable for society’s ills instead of offering a way for taking back real control of our lives from the elites who serve their own interests. But unless progressive parties and movements break with a failed economic and political establishment, it is the siren voices of the populist far right who will fill that gap.”

The UK Labour leader also invited socialists leaders to London in 2017 to discuss the best way forward for socialism in today’s Europe.