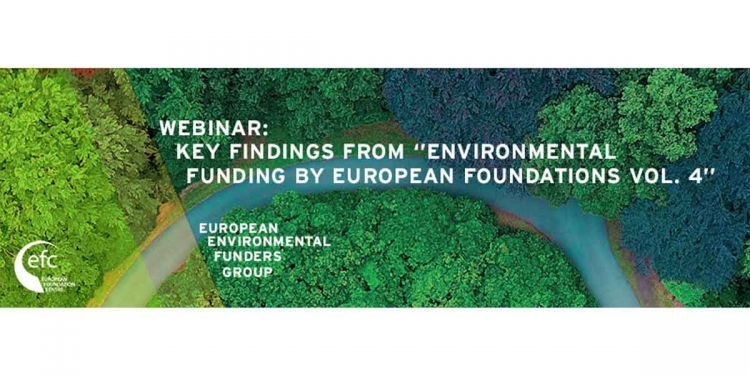 The EEFG is organising two webinars so as to present the findings of the 4th edition of its latest mapping, Environmental Funding by European Foundations to its members. The first webinar takes place on the 12th of February.

The mapping analyses the grants made by European philanthropic foundations in support of environmental initiatives. In this latest edition (based on 2016 financial year), more than 4,000 grants from 87 different foundations were analysed. Together, these grants amounted to more than €580 million, and supported work in more than 130 countries. This 4th edition of the mapping also reports on the findings from an initial survey of European civil society organisations working on environmental issues. 95 organisations from 31 different countries responded to the survey, and this initial data-set already reveals some interesting insights.

The identical 60 minute sessions will feature Jon Cracknell of the JMG Foundation presenting the main findings of the research, followed by a question and answer session.