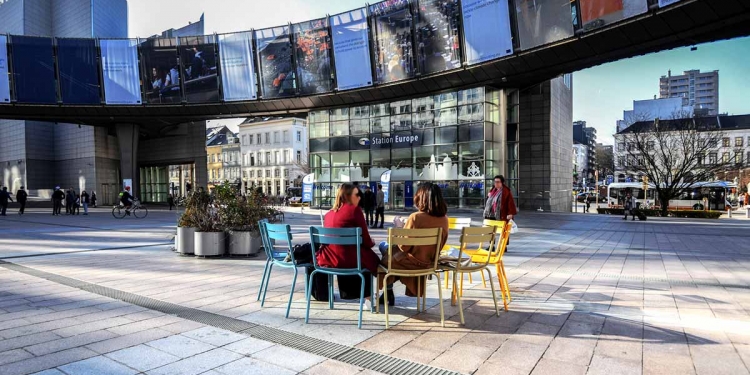 The European Parliament focuses on Women’s Power in Politics for this year’s International Women’s Day! The topic chosen this year is at the heart of women’s rights because it defines women’s capacity to participate and decide on the collective governing of our societies.

Equality between women and men is one of the objectives of the European Union. Over time, legislation, case law and changes to the Treaties have helped shore up this principle and its implementation in the EU. The European Parliament has always been a fervent defender of gender equality and this event wants to highlight the importance of women presence in politics particularly in the framework of the coming European elections.

On 7 March 2019, FEMM, in collaboration with the Directorate for Relations with National Parliaments, will organise an Inter-parliamentary Committee Meeting on “Women’s Power in Politics”. The event will take place in the European Parliament in Brussels, from 09.00 to 12.30.

10.00 – 11.10 Real power of women in politics and how to boost it
Moderator: Agnieszka KOZŁOWSKA-RAJEWICZ, Member of FEMM Committee
Presentation by Henryka BOCHNIARZ, President of Polish Confederation Lewiatan, VicePresident of BusinessEurope, Founder of the Congress of Women (Poland)
Presentation Meryl KENNY, Senior Lecturer in Gender and Politics, University of Edinburgh
Debate with participation of the Members of national Parliaments
Closing remarks: MEP Angelika MLINAR, Member of FEMM Committee

12:15 – 12.30 Closing remarks
Federica MOGHERINI, High Representative of the Union for Foreign Affairs and Security Policy / Vice-President of the Commission
João PIMENTA LOPES, Vice-Chair of the Committee on Women’s Rights and Gender Equality

Live chats on social media
Angelika Mlinar, an Austrian member of the ALDE group, will be answering questions about the Parliament resolution she wrote on gender mainstreaming in the European Parliament on Facebook and Instagram on 7 March at 16.00 CET.

The importance of young women’s involvement in politics will be discussed with #thistimeiamvoting volunteers on Facebook and Instagram on 8 March at 17.00 CET. These volunteers have been very active in raising awareness of the upcoming European elections in May.