The Chicken debate: Why is chicken so cheap? 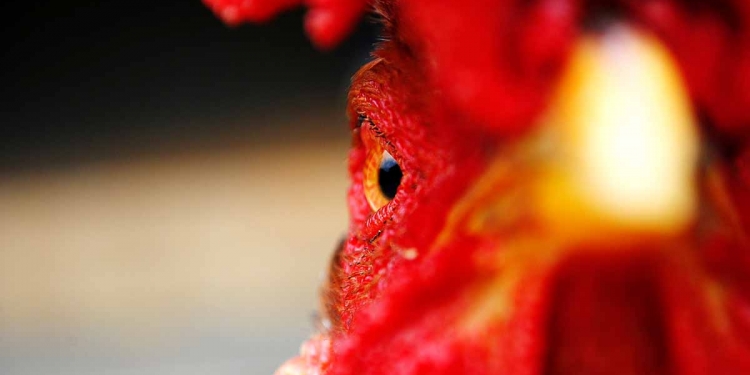 Chicken has become a cut-price protein. We consume more of it than any other meat, and while the price of chicken has dropped, production has boomed and critics say it has a cost to animal welfare.

Chicken is the least expensive because a hen can hatch 6–10 chicks that are mature to eat in 12 months multiple times throughout the year. Pigs are also less expensive than cattle because they too have multiple get and birth up to 12 piglets at a time twice a year that also mature quickly and are ready to eat at 6 months. Pigs require more grain than chickens do and more water so are more expensive to produce. Pigs also reqire greater land to graze than chickens do. A cow is pregnant for 10 months before she gives birth and a steer reaches 750 lbs in 24 months so it takes much longer to get cattle on the ground, cows only have two get at a time and the steers mature more slowly and require more grain, forage/fodder and water as well as much more space to grow on. Beef is the most nutritious of the three meats.

Chicken is cheap today…but it is more expensive than you think!

Chicken is more expensive than you think. Industrial agriculture comes with a high cost to the environment and people’s health, says a leading sustainable farmer. Chicken might not cost a lot of money, but money certainly isn’t the only cost in the world. Chicken used to be more expensive than beef, but is today the cheapest form of meat available. More than 99% of chickens sold in the US come from factory farms (ref. the NCC—National Chicken Council).

This Is Why Costco Only Charges $5 For A Rotisserie Chicken!

If consumers knew how farmed chickens were raised, they might never eat their meat again.
The impact factory farming chickens has on society, can be divided into three groups.
1) The ethical impact on chickens
2) Enviromental impacts
3) How it impacts humans

The debate about animal welfare has intensified!