What is Organic Farming? Why do we need Organic Agriculture? 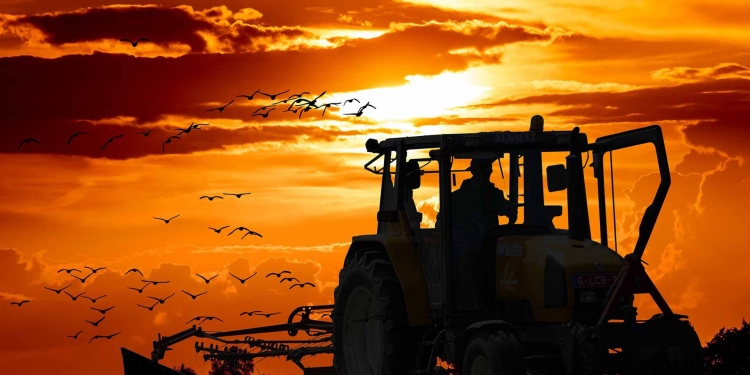 Organic farming is an agricultural system in reaction to rapidly changing farming practices. Global populations have grown and farming practices need to maximise crop yields and ensure we can feed everyone. In theory, organic farming should not use chemicals. Fertilisers, herbicides and pesticides or feed additives for livestock are not allowed. Organic Agriculture requires farmers to use more natural alternatives.

Organic farming originated early in the 20th century and currently accounts for about 1% of agricultural land worldwide. It focuses on sustainability ain order to have less detrimental effects on the environment than conventional farming. This makes it an alternative proposal to conventional agriculture for helping to overcome the hard climate change crisis.

The EUdebate continues, as it is not a perfect solution according to the market needs. Organic Food livestock raised for meat, eggs, and dairy products must have access to the outdoors and be given organic feed. They may not use antibiotics, growth hormones, or any animal by-products.

Organic farming is a type of farming under the support of the Common Agricultural Policy (CAP) that can help deliver on the sustainability of food production and consumption, whilst also contributing to the protection of nature and reversing the degradation of ecosystems. The new Organic agricultural methods are internationally regulated and legally enforced by many nations. These methods are based in large part on the standards set by the International Federation of Organic Agriculture Movements (IFOAM). Organic farming responds to the growing societal demands for quality food produced with high environmental, biodiversity and animal welfare standards. It has a central role in all proposals for the future CAP and by the Farm to Fork and Biodiversity strategies. Both strategies therefore include the target of reaching 25% of agricultural land under organic farming in the EU.

Organic farming in the EU

The organic farming target is set in conjunction with other targets set out in the Farm-to-Fork and Biodiversity Strategies. In particular, the reduction of the use and risk of pesticides by 50%, and the dedication of 10% of the agricultural area to high-diversity landscapes, which facilitates alternatives to chemical pest control as required in organic farming.

Farm to Fork and Biodiversity Strategy

This target reflects the ambition to stimulate organic farming in the EU. It holds great potential for farmers and consumers alike. The benefits of organic farming go together with its positive impact on the biodiversity, higher returns for the farmers and growing interest from the consumers who recognise its value.

What does the action plan for organic farming consist of?

The upcoming Action Plan aims to accompany the sector in its growth, with the aim of achieving the Farm to Fork and the Biodiversity strategies’ target. At least 25% of European agricultural land will be under organic farming by 2030.

The Action Plan aims to help Member States stimulate both supply and demand of organic products. It needs to ensure consumer’s trust through promotion activities and green public procurement, and respond to the challenges in reaching the target.

It will be organised around three key angles:

In 2017, the global organic food and drink market reached EUR 92 billion. The US accounts for 47 % of the global market, followed by the EU, with 37 % (EUR 34.3 billion). Over the last ten years, the EU market doubled its size. It continues growing at a significant pace (11 % in 2017 compared to 2016), indicating that it has not yet reached its maturity stage.

What tools does the CAP offer to support the sector?

EU Commission will focus on stimulating both supply and demand for organic products. EU needs to preserve its advantages and attractiveness for the farmers and to ensure that the EU Green Deal ambitions are met. To stimulate demand, the EU agri-food promotion policy will be a crucial instrument to promote organic products in the internal market as well as in third countries. In addition, other measures will take place such as green public procurement and institutional procurement.

In terms of supporting organic agriculture, the new CAP offers to Member States a possibility to support both conversion to and maintenance of organic farming methods.

What are the key aspects of the new legal framework for organic farming?

The new organic rules will replace the current organics regulations. The rules will reflect the changing nature of this rapidly growing sector. It also ensures fair competition for farmers whilst preventing fraud and maintaining consumer trust through the following:

What were the requests for a postponement of the entry into application of the new legislation based on?

The postponement was originally requested due to the complexity and importance of the secondary legislation. This had be adopted before the date of application of the new organic regulation.

These requests were based on two main arguments:

In addition, the postponement of entry into force of the new legislation is also important for third countries. It will ensure that they have enough time to adapt to the new rules. Also that they are able to continue exporting organic products to the EU.

What is the current legal framework for the Organics sector in the EU?

In 2007, the EU Council agreed Council Regulation 834/2007 setting out the principles, aims and overarching rules of organic production and defining how organic products should be labelled. This Regulation, still in force, is also complemented by several Commission implementing acts on the production, distribution and marketing of organic goods.

All these legislative acts are the legal basis that govern whether goods can be marketed as organic within the EU, including those that have been imported from non-EU countries. The regulations also define how and when the EU organic logo can be used. There are additional specific regulations governing aquaculture and wine production.

10 years of the EU Organic logo

The EU organic logo is 10 years old! Since 2010, organic farming has become more prominent in Europe and organic food more common on our tables. From fruit and vegetables, to meat, fish, dairy products and cereals, the possibilities to enjoy organic food every day are endless.

Organic sector responds to an increasing desire for sustainable food production, and fits perfectly under the CAP objectives. At the same time, it provides higher prices to farmers. Over the next years, improved farming practices and increased use of technology and digitalisation have the potential to reduce production costs. They all have positive impacts on farm income and consumer prices.

Strong growth rates in both production and consumption indicate that the organic market has not yet reached its maturity stage. Further growth can still be expected. Organic farming is already responding to further emerging consumer trends. Veganism and demand for locally produced food products, turn these challenges into opportunities.

The EUdebate on Organic Foods continues.

Is it worth the expense?

What is the European Green Deal?