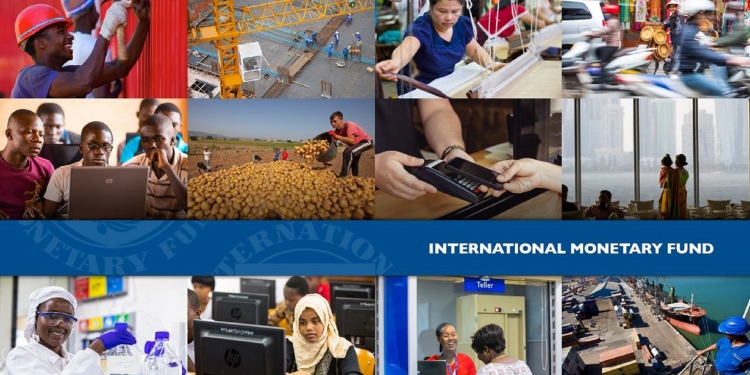 Global Growth is rising at a healthy rate, but momentum is slowing and risks rising the IMF says in the latest update to the World Economic Outlook. Now is the time to reduce trade tension and prepare for the possibility of future downturns.

The World Economy Year Ahead 2019

China’s 6.6% growth in 2018 is its slowest in nearly 3 decades, trade tensions continue between the world’s largest economies. Where are the bright spots in the world economy?

Three things we need the economy to be? Resilient, inclusive, collaborative

Global growth for 2018 is estimated at 3.7 percent, as in the October 2018 World Economic Outlook (WEO) forecast, despite weaker performance in some economies, notably Europe and Asia. The global expansion has weakened. The global economy is projected to grow at 3.5 percent in 2019 and 3.6 percent in 2020, 0.2 and 0.1 percentage point below last October’s projections.

The global growth forecast for 2019 and 2020 had already been revised downward in the last WEO, partly because of the negative effects of tariff increases enacted in the United States and China earlier that year. The further downward revision since October in part reflects carry over from softer momentum in the second half of 2018—including in Germany following the introduction of new automobile fuel emission standards and in Italy where concerns about sovereign and financial risks have weighed on domestic demand—but also weakening financial market sentiment as well as a contraction in Turkey now projected to be deeper than anticipated.

Overall, the cyclical forces that propelled growth may be weakening faster than we thought

Do you already feel this growth conditions in EUROPE?