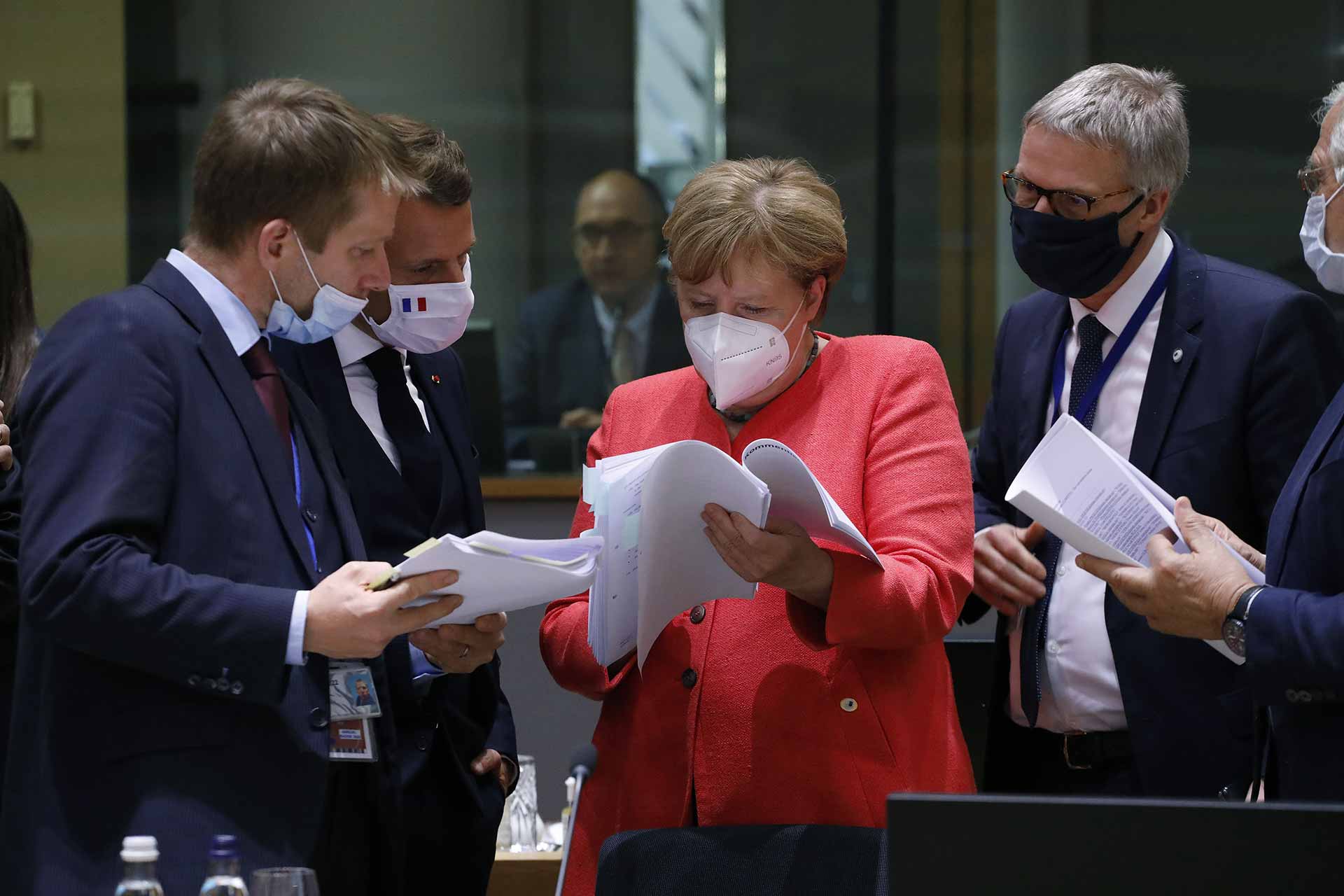 In the grip of the second wave of coronavirus, two thirds of EU citizens call for more EU competence and an EU budget with sufficient means to tackle the crisis. The European Parliament released the full results of its third survey this year asking European citizens their views on the Coronavirus crisis and their attitudes towards the European Union. Although 50% of Europeans feel ‘uncertainty’ again as their key emotional state as the economic impact of the pandemic takes its toll, more people now have a positive image of the EU than in the Spring.

(54%) EU should have greater financial means

However, it is of the utmost importance to EU citizens that EU funds only go to Members States with a functioning judicial system and a robust respect of shared European democratic values. More than three-quarters of respondents (77%) agree that the EU should only provide funds to Member States conditional upon their government’s implementation of the rule of law and of democratic principles.

COVID-19 research: The risk of losing your job and income in the EU

Attitudes towards the EU have become more positive in comparison with the first survey in April/May 2020 this year. The proportion of respondents who hold a positive image of the EU has increased steadily, from only 31% in April 2020 to 41% in the present survey.

However, a majority of respondents remain dissatisfied with the solidarity, or lack thereof, between EU Member States. Around half of the respondents (49%) say they are satisfied with the measures their government has taken so far against the Coronavirus pandemic, while a similar proportion (48%) are not satisfied. Attitudes have become more negative since the last wave of the survey, with a fall in satisfaction with government measures.

EU-wide, more than a third of respondents (39%) say that the COVID-19 pandemic has already impacted on their personal income. A further 27% say that they expect such an impact on their finances in the future.

Young people and families with children appear to be hit worst by the crisis: 64% of citizens between 16 and 34 years have experienced some form of financial difficulties, 27% of respondents with children have used their personal savings sooner than planned.

In five Member States (Cyprus, Greece, Spain, Romania and Bulgaria) more than half of respondents say that the pandemic has already affected their personal income.

new Eurobarometer survey on the rule of law in the EU

Since the beginning of the pandemic, the European Parliament has commissioned three dedicated surveys measuring European public opinion in times of COVID-19. The latest survey was conducted online (and via telephone in Malta) by Kantar between 25 September and 7 October 2020, among 24,812 participants in all 27 EU Member States. The survey was limited to those aged between 16 and 64 (16-54 in Bulgaria, Czechia, Croatia, Greece, Hungary, Poland, Portugal, Romania, Slovenia and Slovakia). Quotas on gender, age, and region at national level ensure the survey is representative. The total EU results are weighted according to the size of the population of each country surveyed.

Due to this long-running exercise, the analysis of the results provides detailed insight into trends and evolution of public opinion on European issues, both on a national and a socio-demographic level.

Parliament also uses the Eurobarometer surveys to assess public opinion on specific topics, either focussing on specific socio-demographic groups such as the European youth or related to the activity of the institution, e.g. gender equality or the social and economic crisis. Some publications of this category are dedicated to historical trends monitoring the major changes in European public opinion since 1973.

Presented on a timeline, data show the perception Europeans have of the EU through its major steps, being institutional, political, economic and social.

Each plenary session Members are provided with a selection of recent Eurobarometer data on key topics of the session, aiming at empowering Members in their political and communication activities by informing the debate in a timely and relevant manner.